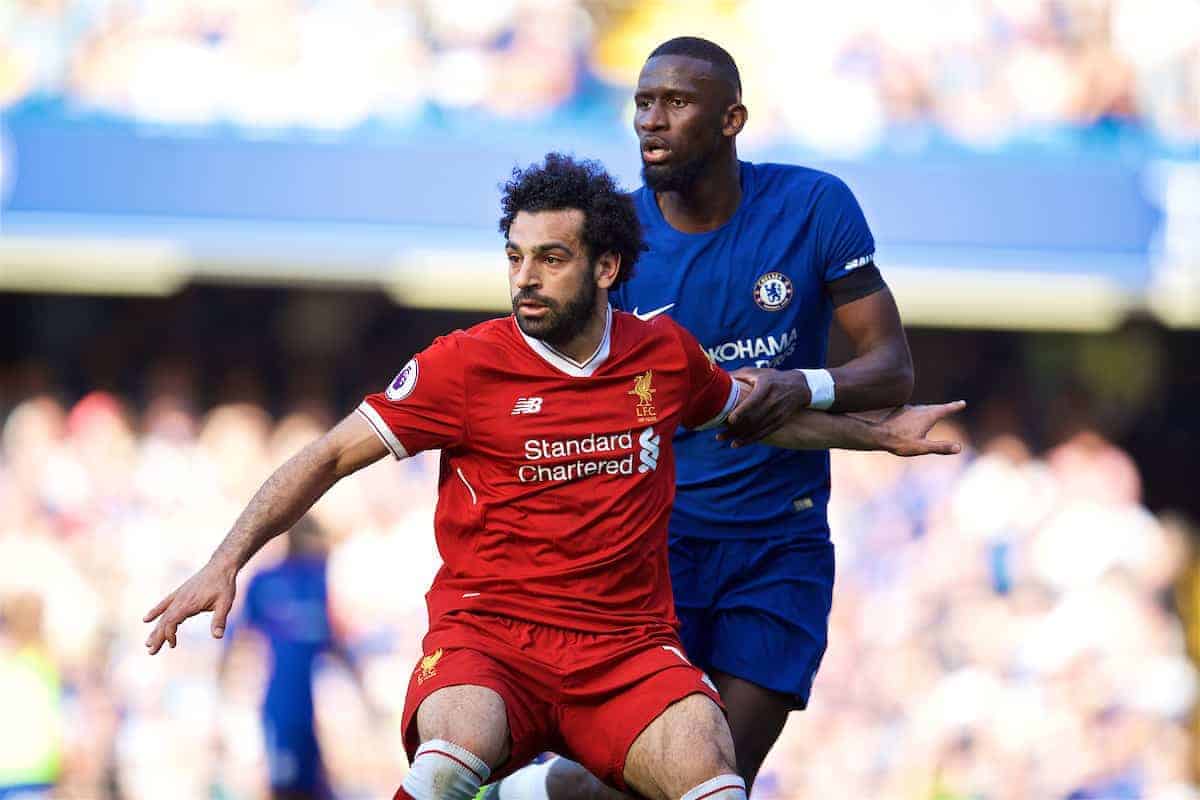 Chelsea could be without two key players for Wednesday’s League Cup clash with Liverpool, with Maurizio Sarri facing doubts for the Premier League weekend too.

The Blues surrendered their 100 percent record in the league as they were held to a 0-0 draw by West Ham on Sunday, meaning the Reds are now the only side with a perfect streak.

Jurgen Klopp‘s side are now sat comfortably atop the table, two points ahead of their next opponents and Man City, and five in front of fourth-placed Watford.

Before Saturday’s mouthwatering title clash at Stamford Bridge, however, Chelsea travel to Anfield for a third-round cup tie in midweek.

Both managers are expected to make changes for the meeting, with the priority already the league and Europe, but Sarri’s selection could be enforced.

Antonio Rudiger came off with an injury midway through the second half at the London Stadium, replaced by Gary Cahill, who made his first appearance of the season.

Speaking after the game, Sarri told reporters he hoped Rudiger’s issue was “nothing serious,” but added that he was expecting a layoff of “maybe three or four days, no more.”

This would rule the previously ever-present centre-back out for Wednesday, while Pedro (shoulder) will also miss out, and is a doubt for the league clash too.

“In this moment of the season, Pedro is a very important player,” Sarri explained.

“We are trying to have him at the end of the week, but I don’t know at the moment.”

Sarri has already asserted that youngsters such as Ruben Loftus-Cheek, Ethan Ampadu and Callum Hudson-Odoi aren’t ready for first-team involvement, which leaves him short for Wednesday.

He fielded a struggling back four of Rudiger, David Luiz, Cesar Azpilicueta and Marcos Alonso against West Ham, and now faces the prospect of a centre-backing pairing of Luiz and Cahill.

While he certainly has options in midfield following the return of Cesc Fabregas, it remains to be seen how they configure.

And in attack, neither Olivier Giroud or Alvaro Morata are firing so far this season, and with Eden Hazard playing 90 minutes at the weekend it’s questionable whether he will start at Anfield.

The manager conceded that Liverpool are “a step forward” from Chelsea at this stage, adding how “maybe in one year we will be at the same level.”

“Must win, in football, doesn’t exist. We have to play against a very, very good team,” he said.

Liverpool have injuries of their own heading into the League Cup clash, with Adam Lallana, Alex Oxlade-Chamberlain and Rhian Brewster ruled out—and Dejan Lovren and Virgil van Dijk doubts.