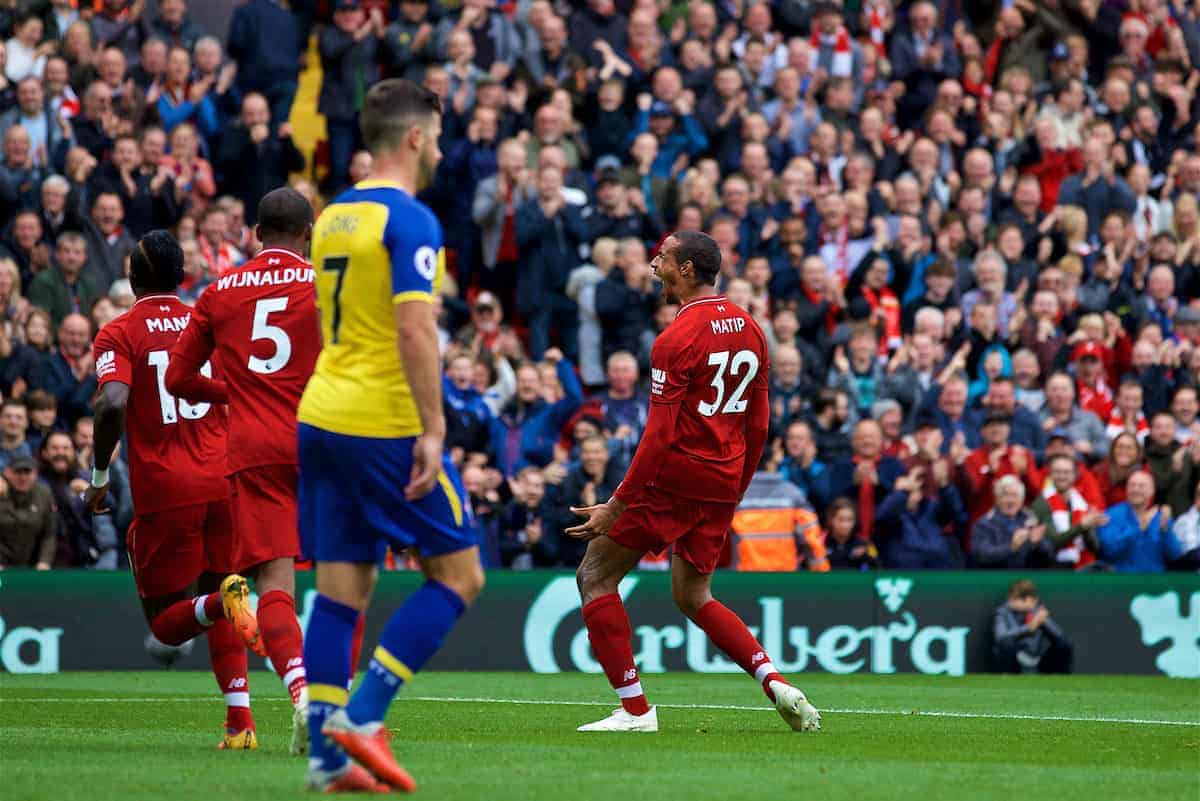 Southampton supporters felt they never had a chance of getting anything at Anfield on Saturday, as Liverpool cruised to a 3-0 win.

The Reds have made it seven victories in a row to start a season for the first time ever, with six of those coming in the Premier League.

Jurgen Klopp‘s side eased to three points against a Saints team who offered little going forward, particularly in the second half.

Wesley Hoedt’s own goal was added to by efforts from Joel Matip and Mohamed Salah in the opening 45, taking Liverpool back to the top of the table.

After the game, we had a chat with Southampton fan Dan James (@TheDanJames) to get his thoughts on how things panned out on Merseyside.

Coming into the game I didn’t really expect much from it.

We’ve not had many great results at Liverpool in recent years and with such a solid start to the season it was a near-impossible task.

From the first minute Liverpool dominated possession, looked confident and worked hard, and the game finishing 3-0, considering it was the same score at half-time, is a minor miracle.

You didn’t really have to play at your best but fully deserved the win.

Were you pleased with Southampton’s approach? 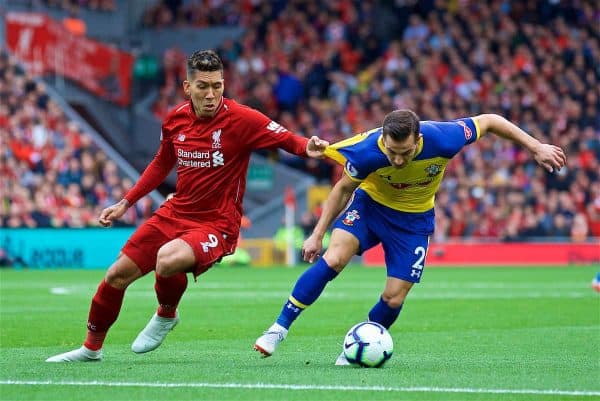 We went into the game knowing we would be without two strikers, and that Shane Long would probably start on his own up front. He was very isolated, though.

We played a Matt Targett, a defender, as a winger and it didn’t work at all, and in the second half we reverted to five at the back—something we played at the end of last season and in pre-season.

But we persevered with one up top and offered nothing at all—one shot on target says it all from our side.

It was a damage-limitation exercise, and while it was something that was expected, it was still disappointing.

The whole side knew their role and worked for each other.

It is hard not to be impressed by Virgil van Dijk, who makes everything he does look easy, while Xherdan Shaqiri caused us problems in the first half.

He had a point to prove to both his current and former manager.

My third pick would be Joel Matip. He’s not first choice at centre-back but he produced a solid display which had the bonus of a goal.

Who shone brightest for Saints? 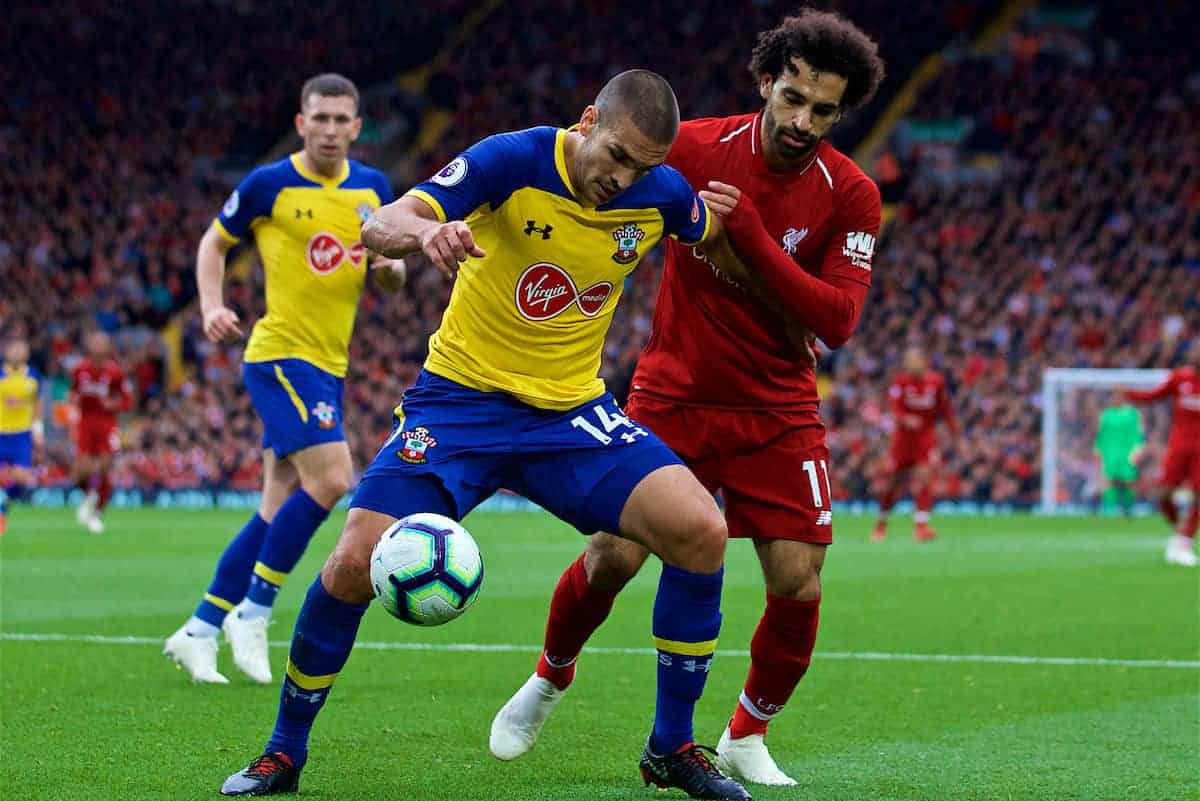 It was a difficult game to really shine in for any Saints players.

I thought Oriol Romeu put in a decent display before he was taken off, however—Mark Hughes probably took him off to prevent a second yellow card.

He put in some strong challenges and also was quick in possession, which is something that can let him down from time to time.

How would you rate the day as a whole? 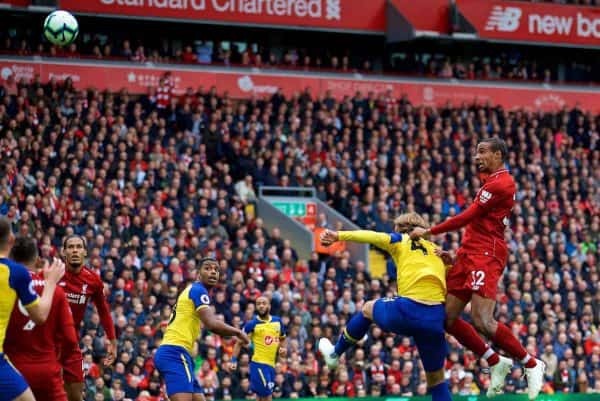 With little expectation of a result, the loss doesn’t really dampen the day. I am always impressed by the Arkles pub, which is always really welcoming.

A little bugbear is the atmosphere at Anfield.

Barring the first and last minute, it can be really flat and it was again on Saturday, despite Liverpool being top of the league!

Where do you see both sides finishing this season? 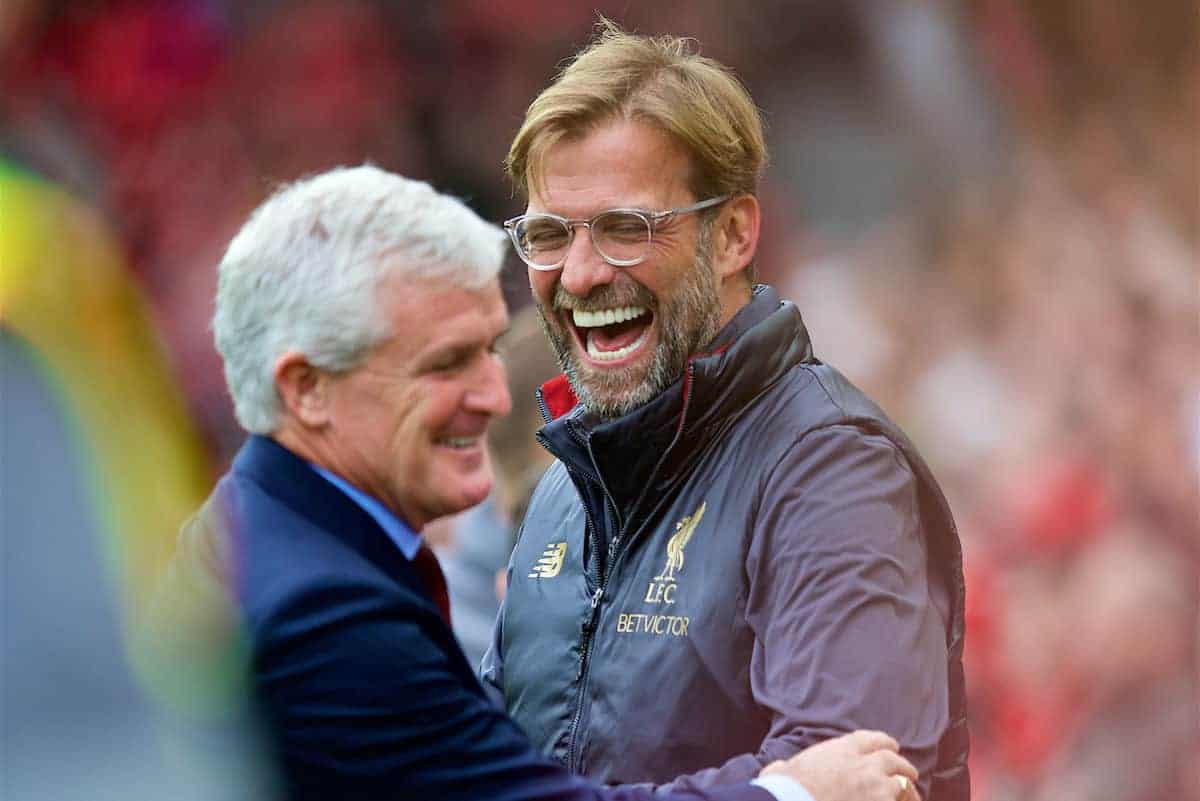 At present, I see the Premier League as a three-horse race between Liverpool, Chelsea and Man City. I fully expect you to be up there come the end of the season.

With regards to Saints, I really don’t know. Outside of the top six, it is a bit of a free-for-all.

We could finish anywhere from eighth to 20th, but I would hope that with the squad we have we would improve slightly on last season (17th).