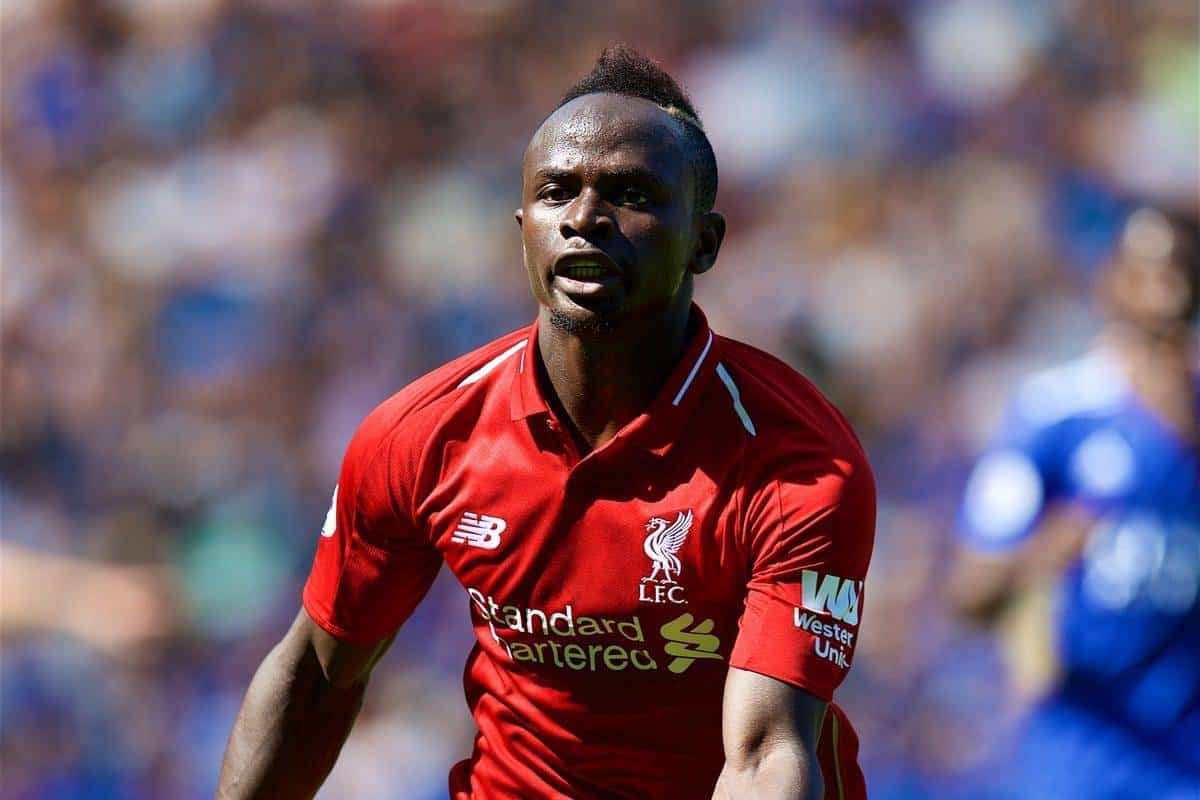 A sloppy and frantic affair saw few Reds impress despite Liverpool securing their fourth victory of the season with a 2-1 win over Leicester City.

The Brazilian warned of his ability to hand out a shock or two, and he did just that at the King Power.

Alisson had proved to be assertive in the first half, with a brilliant save down low from Demarai Gray early on as impressive as his distribution.

However, after hinting at such antics against Brighton, he paid the ultimate price this time round by gifting Leicester the ball on the byline—only to watch it slammed into the back of his net.

Less of that in the future would be favourable.

Alexander-Arnold was the man Leicester continually looked to target throughout the game, which the Foxes had some success with—ensuring his time in attack was severely limited in comparison to his full-back counterpart.

The youngster, like many of his team-mates, simply failed to offer enough—but he was not given adequate assistance by his more advanced team-mates.

After passing his test against Brighton’s target man last time out Gomez had another challenge to contend with this time round: the pace of Gray.

The England international, however, rarely put a foot out of place as he continued his impressive start to the campaign as a regular member of the back line.

His last-ditch challenge to deny James Maddison in the second was a standout moment for the 21-year-old.

The Dutchman was aerially dominant as always, but similar to his performance against Brighton Van Dijk appeared too relaxed on occasion which left his team-mates in the lurch.

With control in midfield proving hard to come by Van Dijk needed to offer a solid defensive foundation, but he only added to the frantic nature of the game, with his misplaced pass leading to the Foxes’ goal.

Expect this type of form only to be a small blip.

The flying Scotsman once again proved to be a menace on the left flank for Liverpool, with his determination to run at the Foxes’ defence, and a sublime pull-back, key to Sadio Mane’s opener.

Robertson’s influence in the final third took a hit in the second half but he was equally as important in defence as the Reds caused themselves several self-inflicted wounds.

One of only a handful of players who took the chance to impress.

A place in the starting XI for the first time this season saw the Liverpool skipper deployed in his usual No. 6 role, forcing Naby Keita to start from the bench and Gini Wijnaldum to move further up the field.

Henderson struggled to take command of the middle of the park whenever Leicester took the ascendancy, with his pressing coming at all the wrong times.

It ensured the Reds lost control in the middle of the park at crucial times.

Wijanldum’s versatility was called upon at the King Power after moving to a more advanced role this time round, however having looked settled in a deeper role he struggled to prove effective in or out of possession.

Was culpable of giving the ball away midway through the first half which invited a wave of pressure from the Foxes and allowed them back into the game.

Like Henderson, Wijnaldum suffered with the pace and movement in between the lines.

The 100th Premier League appearance for the Reds returned yet another goal contribution from James ‘the Assist King’ Milner, but like his fellow midfielders he let the game get away from him.

There was no doubting his work for the team but he seemed to feel the effects in the change of personnel.

Not the impact we are used to so far this season from Milner, but a break could be just what is needed.

The afternoon started with a golden opportunity spurned for Salah as his uncharacteristic trend of fluffing his lines continued, a miss which had lingering effects throughout.

The Egyptian has yet to hit his stride, and a continual loss in possession ultimately resulted in his departure from proceedings.

The international break could offer the perfect opportunity to hit the reset button ahead of a tough run of fixtures.

Mane needn’t take long to make an impact on proceedings after finding himself on the end of Robertson’s pull-back to slot in his fourth goal of the season.

The winger proved to be a constant thorn in the side of Leicester’s defenders after popping up in all the right places as Liverpool moved forward.

Jurgen Klopp, meanwhile, may have been as equally fond of his defensive duties as his all-round game was a level above those around him.

Firmino again was still searching for his sharpness on the ball, but in his true nature his work off of it was second to none.

The Brazilian’s header at the end of the opening term proved vital in securing Liverpool three points, while also breaking his duck and removing any future unwanted attention surrounding his impact.

Made smart decisions late on and provided an option for Liverpool when under the cosh.

The boss made the decision to rotate one member of his midfield trio, switching Keita for Henderson, and it went slightly awry with effectively two positional changes causing a lack of control in the middle of the park.

The slow response time to make changes only added fuel to Leicester’s fire, making the second half more difficult than it needed to be.

He has yet to get Liverpool to fire on all cylinders and a big response is needed ahead of what is to be a challenging group of fixtures in both the Premier League and the Champions League after the international break.