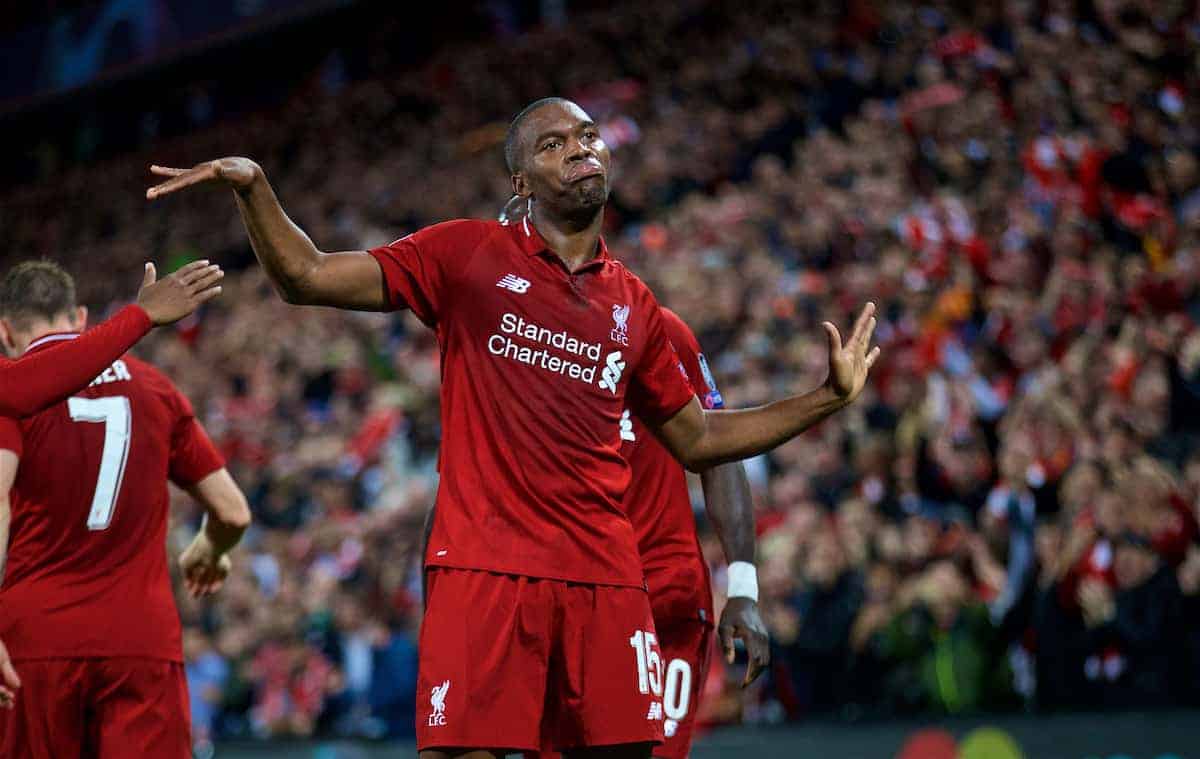 Liverpool left it late to assert their dominance over an underwhelming PSG, but Roberto Firmino‘s late winner capped off a night that could propel them forward.

In his first Champions League start since his move to Liverpool, Daniel Sturridge answered any pre-match questions as to his suitability for his inclusion in the starting lineup.

A constant nuisance in the box from set-pieces, it was his positioning close to goal that brought Liverpool their opener.

Latching onto a wonderful cross by Andy Robertson, the forward found space in between Thiago Silva and Presnel Kimpembe to nod the ball home.

As Liverpool pressed home their advantage, Sturridge was involved throughout.

While his appearance was down to an eye injury to Firmino, it will certainly have given Jurgen Klopp food for thought with a testing schedule approaching.

Sturridge still has the ability to influence a Liverpool attack, even if he did step on the nether regions of Alphonse Areola leading to a third goal being disallowed.

Should have added to his total on the hour mark, but was just unable to steer his header into the net.

It was a regular sight last season, Liverpool’s fast attack caused chaos for all those who visited in the Champions League.

For 10 minutes it was the turn of a much-fancied PSG to feel the fire of a European night under the lights of Anfield.

Neymar couldn’t cope with the speed of Liverpool as he abandoned any thoughts of tracking back, Kylian Mbappe was marshalled effortlessly by Virgil van Dijk and James Milner seemed to be everywhere.

The Parisians panicked, Juan Bernat threw out a leg and needlessly fouled Gini Wijnaldum—it was the clearest penalty you’ll see all week.

As Liverpool took a two-goal lead thoughts drifted to another possible cricket score.

Unlike those before them, PSG dropped deep and neutralised the threat—it will have been noticed by watching scouts of both Red Star and Napoli.

However, it was indication that Liverpool aren’t a different team this season and they still have the ability to tear teams apart when they desire to. 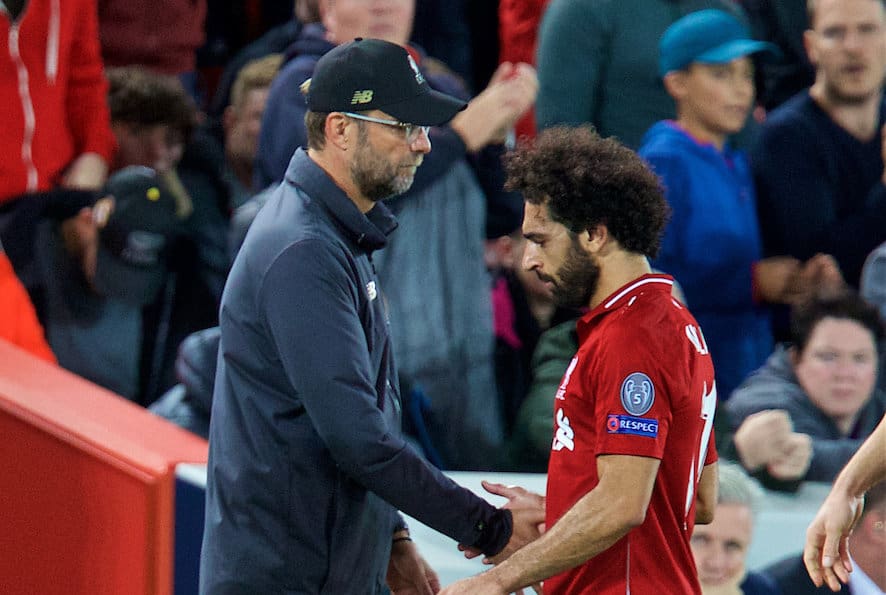 Mo Salah removed his top to whip off an under-layer, bare-chested the Egyptian displayed a strapping on the shoulder that he dislocated in Kyiv five months earlier.

Critics have said that Liverpool’s top scorer from last season looks to be a yard short on pace, and that was evident at times at Anfield.

Salah cut a frustrated figure, giving the ball away when this time last year he would have burst down the wing at top speed.

It was the forward’s poor pass that enabled PSG to equalise, and whether Salah is still feeling the effects of Sergio Ramos’ challenge—coupled with ongoing issues surrounding the Egyptian FA—waits to be seen but early indications suggest that a World Cup hangover could be a reality.

Substituted immediately after his mistake, it was a tactical decision that should have come a lot earlier.

The introduction of Firmino and Xherdan Shaqiri quickened Liverpool up and enabled a late winner.

After suffering a horrendous looking eye injury at the weekend it was no surprise that Firmino was absent from the Champions League starting lineup.

However, his introduction on 72 minutes will have come as a relief to the watching Liverpool fans across the world.

The Brazilian has been influential in red since Klopp took charge, especially in the Premier League.

He has had a hand in 61 Premier League goals (38 goals, 23 assists), 16 more than any other Liverpool player and his Champions League influence is just as telling—11 goals and eight assists in just 14 games.

Turning the PSG defence inside and out, he then fired a rocket across the face of goal that nested in the far corner.

Anfield went wild and once again Thomas Tuchel left Liverpool after being beaten by a wonderful added-time winner.

Off to a Flyer

After last season’s exploits, much was expected at the start of Liverpool’s Champions League campaign.

The visit of PSG only added fuel to the fire of ‘to win you must beat the best’. In short Liverpool were better in every area of the pitch compared to their French counterparts.

Tuchel looked unable to get the most out of his star, something that was said of Unai Emery, and the Jordan sponsored side looked like passengers.

Firmino’s last-gasp winner brought some reality to the scoreline that matched the performance, and with Napoli drawing with Red Star, Liverpool look early favourites to now top Group C.

With a hectic fixture list this performance and result was exactly what was needed.

Two wins from two at the start of this magnificent seven run of games should propel the Reds as they face City, Chelsea and Napoli in quick succession.