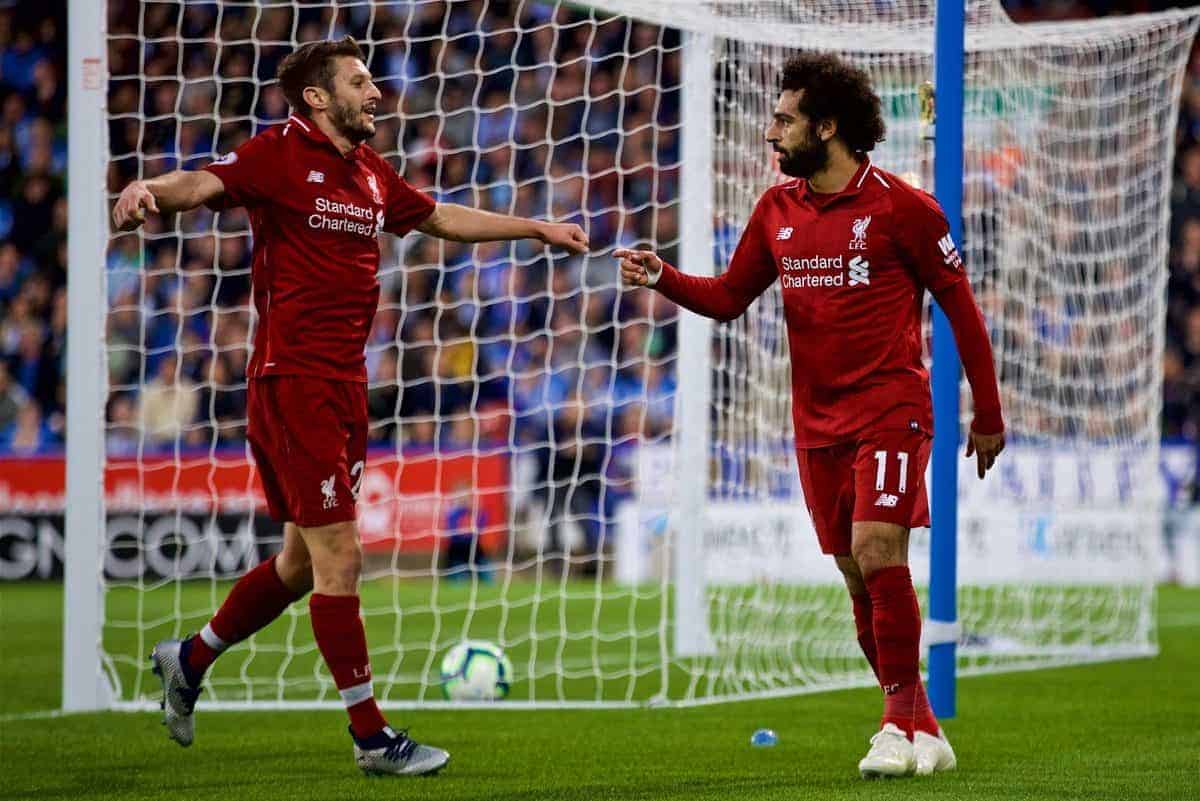 Mohamed Salah stressed the importance of Liverpool’s “fight” for the result as they sealed a difficult 1-0 victory away to Huddersfield Town on Saturday.

The Reds made it hard for themselves at the John Smith’s Stadium with an array of sloppy passes, but it was certainly magnified by a battling effort from the hosts.

Huddersfield headed into the weekend 18th in the Premier League, but were almost a match for a side who were hoping to remain level with Man City on 23 points from nine games.

And Salah, who scored the only goal in a close win, hammered home how Liverpool needed to work hard to secure the spoils.

“It was a tough game, and in the end we got the three points [which is] the most important thing,” he told BT Sport.

“We had to fight, we knew that before the game, so everybody was 100 percent.

“It’s a good feeling [to score], as I said last season the most important thing is the help the team to get the three points.

“I’m not worried [about my form], the most important thing is the team. I’m happy for the team to get the points, I’m not worried.

“We had four or five players that started [properly] for the first time this season in the Premier League. All of us are at the same level and we had to fight.”

One of those players to make their first substantial outing in the top flight this season was Adam Lallana, who was a surprise inclusion after a lengthy spell out with injury.

The midfielder lasted 69 minutes before going off with cramp, to be replaced by league debutant Fabinho, and he clearly relished his opportunity.

“I feel like I’ve done as much as I can to be ready to play,” he explained.

“Three points was huge for us today. It was never going to be easy.

“On the form that Huddersfield were in today they can stay in the league and do well, it’s a huge three points for us.

“It’s been tough [missing out]. The first injury I had was the easiest to get back, but it’s been constant setbacks.

“Sometimes you doubt yourself and your body but now I’m in a really good place. It’s good to be out there.

“Of course, it’s a long season, it was only a few weeks ago I was thinking ‘where’s my next game coming from when I’m back fit?’.

“Unfortunately a few of the lads came back injured and that’s when you need your squad.

“We’re all working hard and hopefully we can achieve something special.”