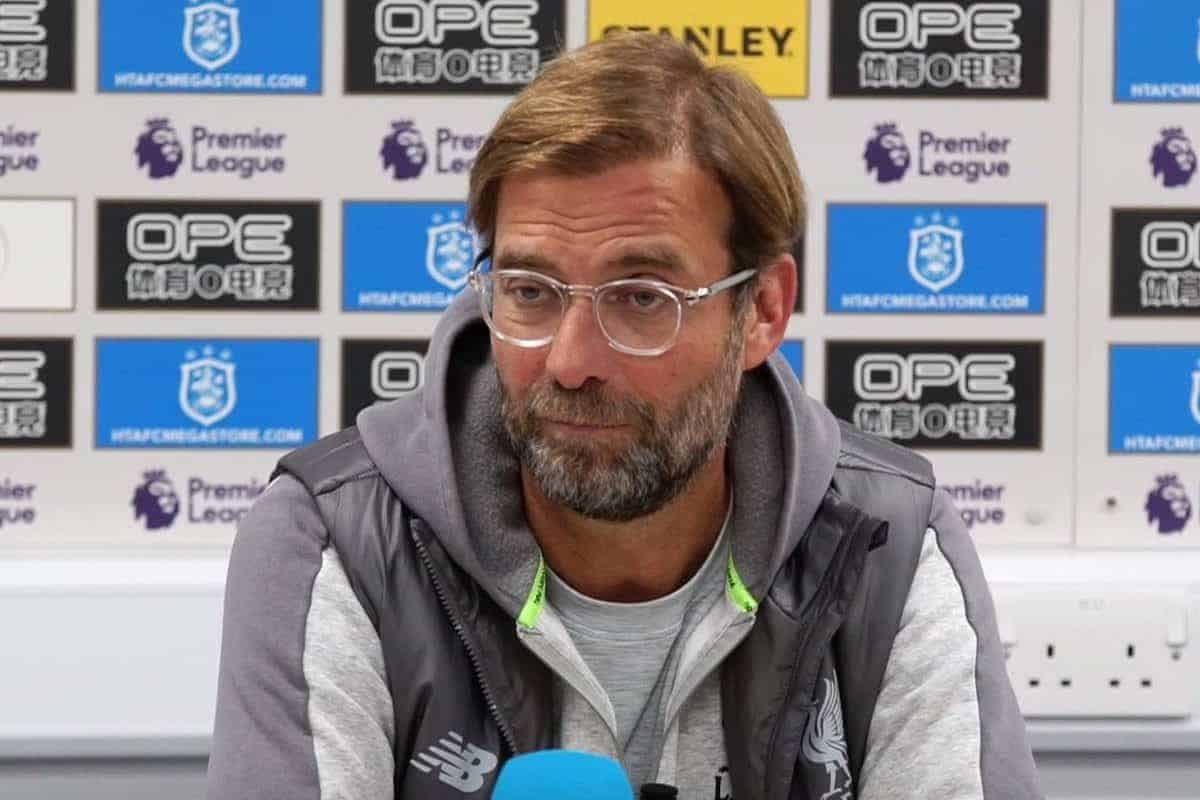 Jurgen Klopp was in mixed spirits after Liverpool’s 1-0 victory at Huddersfield Town on Saturday. Watch his post-match press conference in full here.

The Reds sealed their courtesy of a solitary goal from Mohamed Salah, though they struggled for control at the John Smith’s Stadium.

Klopp faced off against his best man, David Wagner, on the touchline, and on the pitch two sides at opposite ends of the Premier League table clashed.

The game belied their standings, as the hosts took the fight to their ambitious visitors, and speaking after the game Klopp paid tribute to how difficult Huddersfield made it.

“It could have been better. How it always is in football, if you don’t play your best there are different reasons for it,” he told reporters.

“The main reason today was that Huddersfield did well.

“They defended well, very aggressive around the second balls and it’s really difficult to get into a game if the ball is that often in the air and stuff like that.

“We could have done better, but actually I thought we did a few things really well and were really close to having big chances at the start of the game.”

Klopp also discussed Salah’s goal, praising Xherdan Shaqiri‘s input, and provided an update on Jordan Henderson‘s fitness, saying “it was not that he felt nothing but he didn’t feel a lot.”

Liverpool are next in action on Wednesday night as they take on Red Star Belgrade in their third group stage clash in the Champions League at Anfield.

After this weekend’s slim victory, Klopp will be expecting a more accomplished display in Europe.