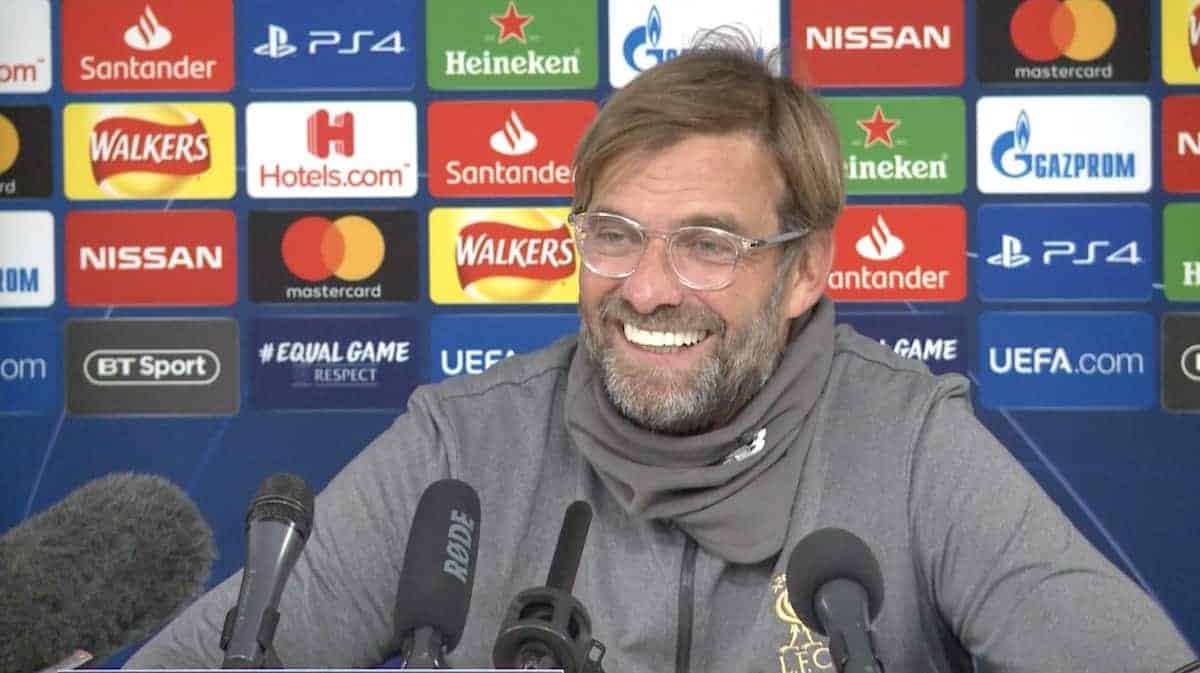 Jurgen Klopp spoke to reporters at Anfield on Wednesday night after Liverpool’s 4-0 win over Red Star in the Champions League, praising his side’s fluency.

Goals from Roberto Firmino and Sadio Mane, along with a historic Mohamed Salah brace, earned a comfortable victory for the Reds in Europe.

With Paris Saint-Germain clawing back for a 2-2 draw with Napoli elsewhere in Group C, Klopp’s side moved back to the top of the table.

But while he was full of praise for his players after their joint-biggest win of the campaign so far, the manager was keen to stress that they are not through to the last 16 yet.

“It would not be a big surprise for you that I think we are not through yet!” he said.

“This group will obviously stay exciting until the end, which I thought was pretty clear immediately after the draw.

“You cannot do more than win your own games and then the situation changes in your favour.

“That happened tonight. But it doesn’t say too much about the group, to be honest.” 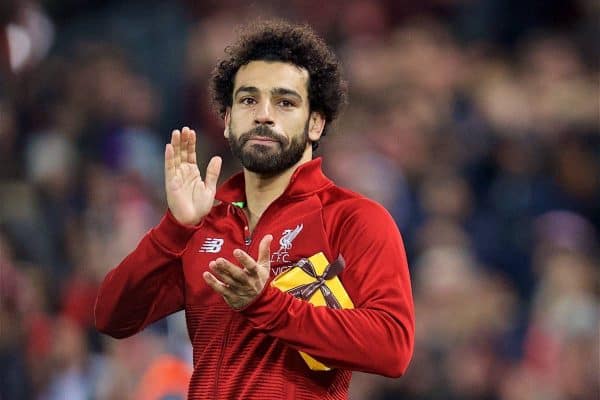 Fabinho was on the agenda after his brilliant first Champions League start, and the manager joked “for his birthday present, we played his favourite system!”

Liverpool are next in action on Saturday afternoon, in a rare 3pm kickoff as Cardiff City make the trip to Anfield for a Premier League tie.