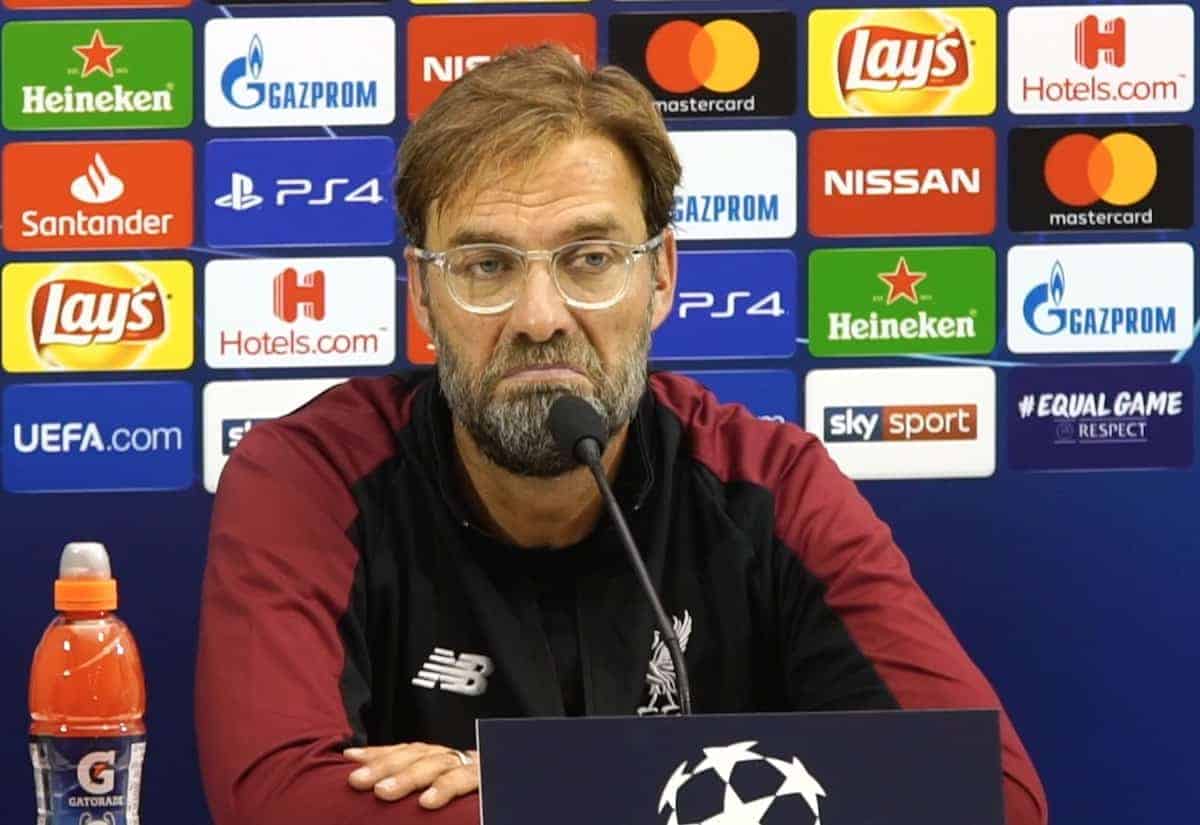 Jurgen Klopp mulled over a tactical misfire after Liverpool’s 1-0 loss at Napoli on Wednesday night, leaving them second in Group C of the Champions League.

The Reds took to the Stadio San Paolo looking to add to the three points picked up in the group stage opener at home to Paris Saint-Germain.

But a goal from Lorenzo Insigne ensured a 1-0 defeat for Liverpool, serving as a major setback for the visitors.

Speaking after the game, Klopp explained how the Reds’ tactical approach saw them struggle, taking the blame as he labelled Alisson the standout performer:

“The timing for our defensive movements were not good enough, we didn’t close the space in the right moment, we didn’t react in the right situation. And so they could play through.

“We didn’t create a lot of chances. Second half was not good enough.

“It’s always a bad sign when you have to say your goalkeeper was your best player, but it was obvious tonight.

“A big part of that performance is my fault. I need one night to watch the game again, but it looked not like it should have looked.”

The manager also discussed Naby Keita‘s injury, but could offer little, saying “I heard it’s a back problem, but we don’t know exactly—we have to wait.”

Liverpool are still unbeaten in the Premier League, having drawn 1-1 with Chelsea last weekend, but will require an improved performance if they are to defeat Man City at Anfield on Sunday.