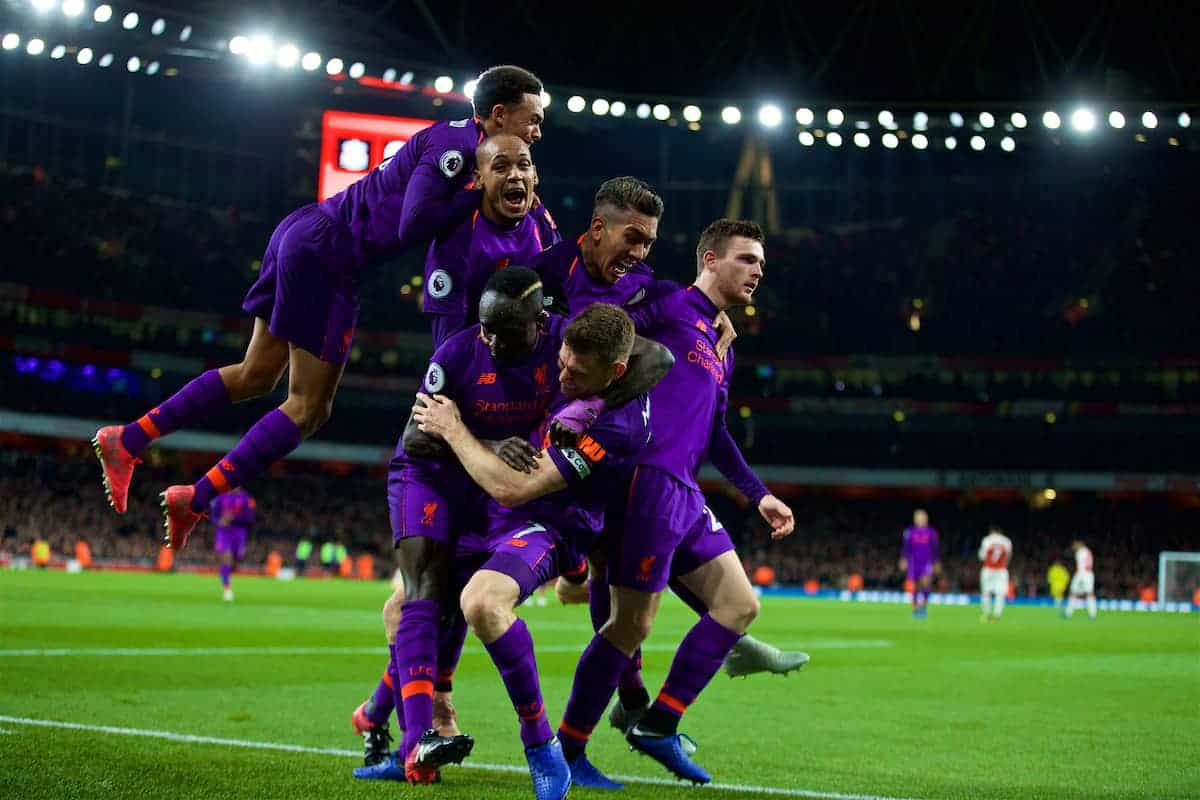 Liverpool produced a hit-and-miss performance in a ferocious 1-1 draw at Arsenal on Saturday, with some impressing significantly more than others.

The Reds arrived at the Emirates looking to build on three consecutive victories and make their mark on one of their title rivals.

Were it not for a Sadio Mane goal wrongly ruled out for offside, that could have been the case, but instead strikes from James Milner and Alexandre Lacazette forced a share of the spoils.

Speaking after the game Klopp had few qualms over the result, praising Arsenal‘s performance, but the likes of Virgil van Dijk and Andy Robertson could be disappointed given their own efforts.

Unfortunately, an intense showing was marred by some poor performances, chiefly from Fabinho and Trent Alexander-Arnold, while none of Klopp’s front three were at top form.

But what did journalists and statisticians make of Liverpool’s 1-1 draw? 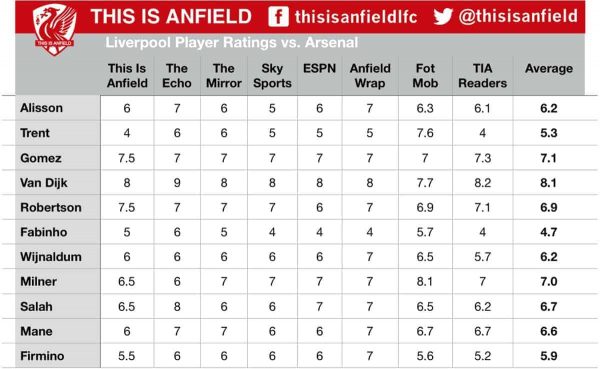 Deservedly, Van Dijk (8.1) takes top honours, with no publication rating the colossal Dutchman under an eight out of 10, while he averaged an 8.2 with our readers.

Mohamed Salah (6.7) isn’t much further behind, and neither is Mane (6.6), with the duo pushing consistently in the final third though their end product was often lacking.

Fabinho (4.7) fared significantly worse, however, as by far the lowest-rated Liverpool player.

ESPN’s Glenn Price attested that “the Brazilian’s adaptation to the Premier League is still going on,” adding that “he struggled to keep pace with the play.”

This was largely due to a backs-to-the-wall defensive showing from the 20-year-old up against the dangerous Pierre-Emerick Aubameyang, winning five of his eight duels and making seven clearances.

Van Dijk was also rated highly based on his numbers, but Milner was considered the top performer—largely due to his goal, but also having won eight duels and making five ball recoveries.

Given the context of the game it is difficult to be disappointed with a point taken from the Gunners, but ahead of Tuesday night’s clash with Red Star it is likely this display will inform Klopp’s selection in Belgrade.