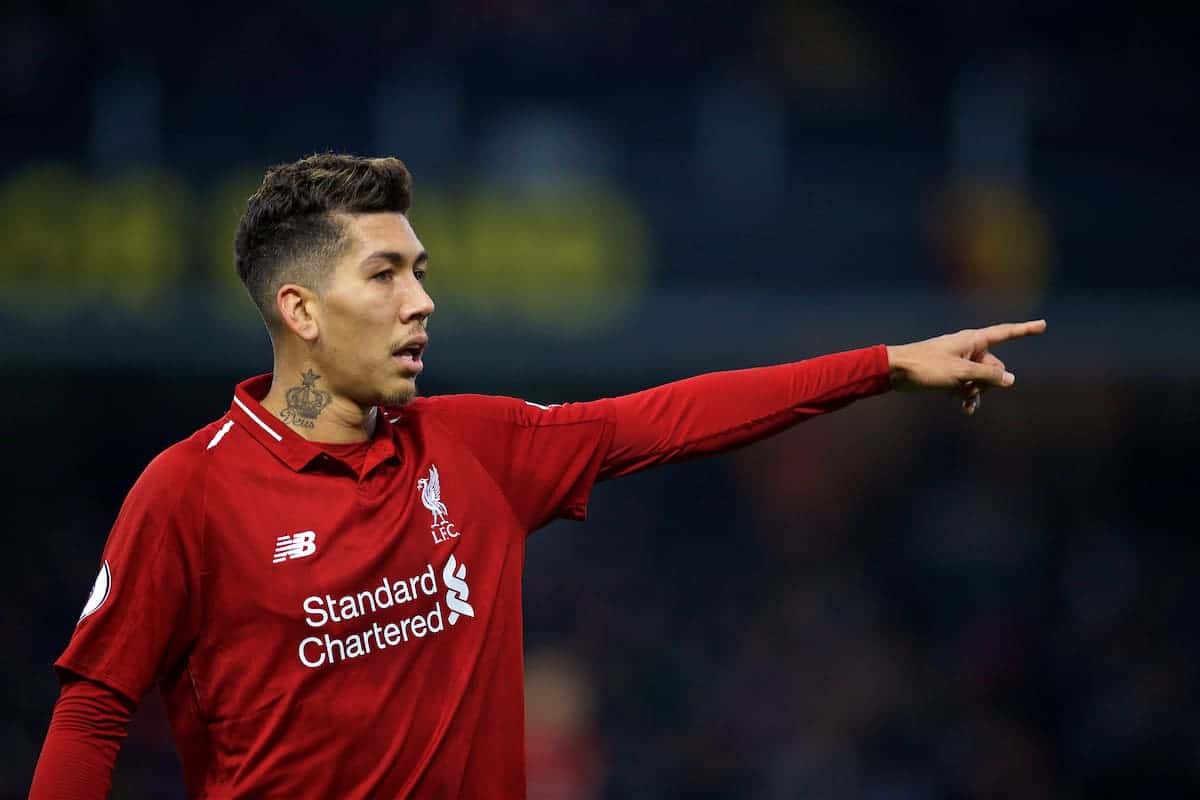 The Brazil forward scored in the top flight for the first time since September 15 in Saturday’s 3-0 win at Watford.

He also had a hand in Mo Salah’s opener and won the free-kick for Trent Alexander-Arnold to make it 2-0.

Firmino, who is playing a deeper role, has just six goals this season – and only two in his last 15 outings – but Klopp believes he is worth it.

He said: “It all depends to what you want to see, what you expect, with what you compare it to.

“In the game against Fulham 20 German coaches were in the stadium – I’m not sure how the critics were but when I saw them and we had a drink together, they were saying ‘Bobby Firmino! What a player!’

“Because of the small things he’s doing, he’s working so hard, he’s here, he’s there, he’s got six goals but he opens 5,000 gaps for everybody.

“It’s about how you see it. He will never come to me and say ‘because people are writing something is missing, could I play my old position again?’

“He’s doing the job – that makes him so unbelievably valuable for us. I’m really happy for him.

“It’s just about what we have to do in the right moment – we have to find a system where we can bring our quality on the pitch, and on Saturday we did it.” 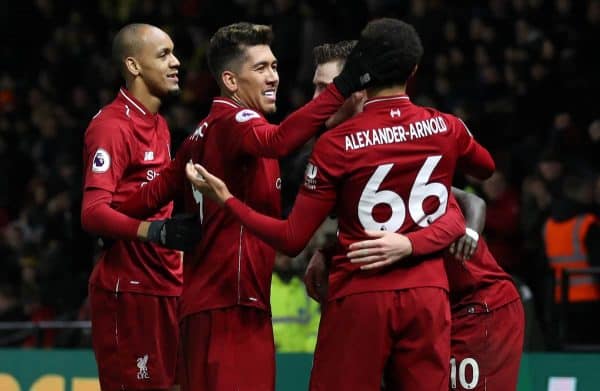 Unbeaten Liverpool have a club-record 33 points at this stage of a Premier League season and are two points behind leaders Manchester City.

The Reds have not been as thrilling as last season, when they got to the Champions League final and finished fourth, but Klopp feels their new-found patience and pragmatism is paying off.

“I don’t read what you make of it but I sometimes see in your eyes that you don’t understand me,” he said.

“It’s not really the same, but it’s in their mind about the sort of football we played last season. In some games we played not that nice football and didn’t get a result but nobody remembers it.

“You don’t pick out that game and say ‘That’s true, against them it was not brilliant.’ That’s why we had 25 points less than City or however much.”