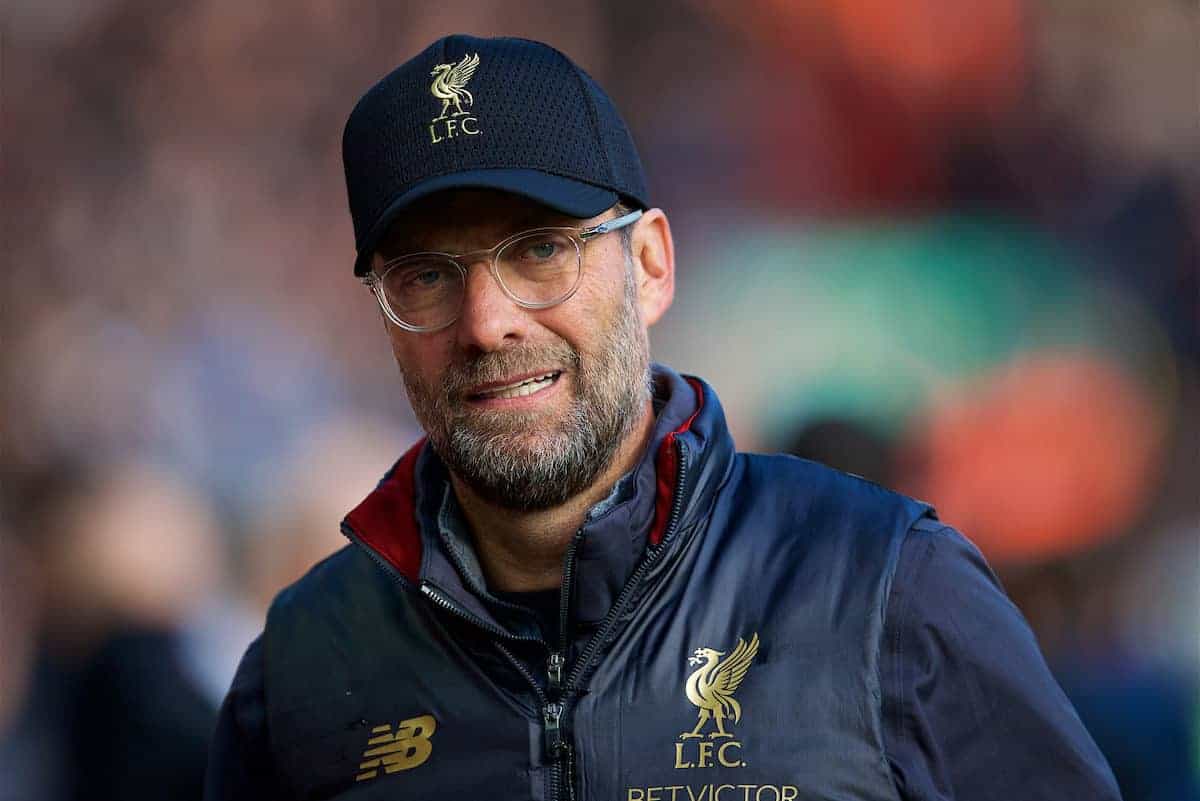 Liverpool travel to Vicarage Road this afternoon in the Premier League looking to keep up their winning form against Watford. Here are all the key stats and facts.

Should Liverpool keep a clean sheet they will record their fewest number of goals ever conceded after 13 games of a league season (five goals).

A win this afternoon will see Liverpool register 33 points from 13 games—their highest-ever tally in the Premier League era. 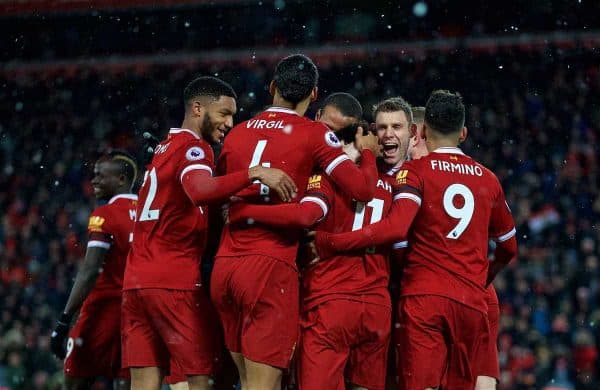 Against Watford in the Premier League, Liverpool have won seven, drawn one and lost two of the 10 clashes, with three victories, one draw and a defeat coming at Vicarage Road.

In those 10 meetings in the Premier League era 35 goals have been scored with the Reds claiming 25 and Watford 10.

The two clubs have yet to produce a goalless draw in league meetings, with all 22 of those clashes coming in the top flight.

The Scourge of Watford 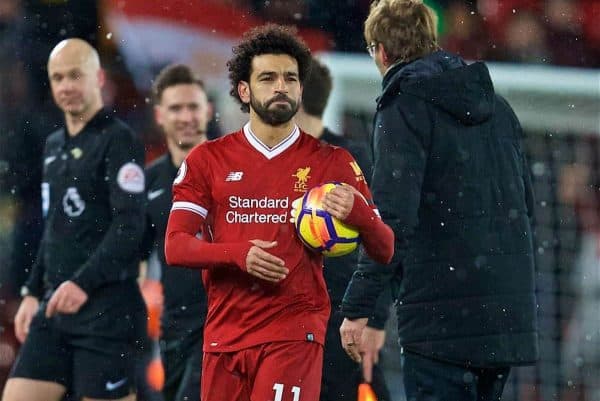 In last season’s clash with Watford at Anfield, Mo Salah scored four times in a 5-0 win with Roberto Firmino netting the other.

Salah’s four goals came from only four shots on target—the first player to achieve the feat in the Premier League for nine years.

In that game Salah became the first Liverpool player since Luis Suarez in December 2013 to score four times in a game.

Salah is the only player ever to score a hat-trick in league fixtures between the sides.

The Egyptian is already Liverpool’s second highest scorer against Watford, with five goals in two appearances.

Only Ian Rush (10 goals in 11 appearances) has scored more. Salah’s five goals have come in his last 119 minutes of action. 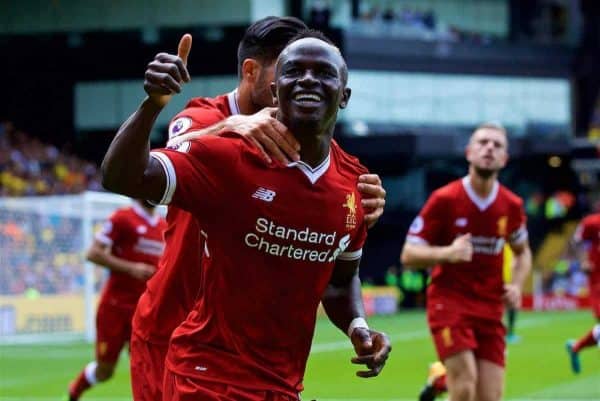 Roberto Firmino has found the net four times in six Liverpool matches against the Hornets.

Liverpool have not lost any of the 21 away matches in all competitions in which Firmino has scored (18 wins, three draws).

Sadio Mane has had a hand in five goals in three Premier League games against Watford for Liverpool (three goals and two assists).

This fixture last season saw Jurgen Klopp take charge of the Reds for the 100th time in all competitions.

A win for the Reds today will see him record the 300th league victory of his managerial career.

101 wins came with Mainz and 133 with Borussia Dortmund while he currently has 65 victories with Liverpool. This will be his 607th league game.

The Hornets began this campaign with four successive league wins for the first time ever in the Premier League, beating Brighton, Crystal Palace and Tottenham at home and Burnley away.

Since then they have won two in eight, taking maximum points at Wolves and at home to Huddersfield.

They have taken one point from the last two fixtures—both played away—a 1-0 defeat at Newcastle and a 1-1 draw at Southampton.

Their two home defeats have come at the hands of Manchester United (1-2) and Bournemouth (0-4), finishing that game with 10 men following the dismissal of Christian Kabasele.

After scoring nine goals in their opening four matches they have found the net eight times in the last eight league games.