Liverpool have chosen a new Head Physio and will hire Lee Nobes, who departs the same role at Manchester City to join the Reds.

Jurgen Klopp has been looking to secure a new face for the post since Matt Konopinski left to join the FA set-up in September, after 10 years at the club.

Now Nobes will join Klopp’s backroom staff to fill the void, having amassed similar experience at one of the Reds’ biggest rivals, reports TrainingGround.guru (and since confirmed by other reporters).

Nobes joined City from Oldham Athletic in 2007 and was later promoted to Head Physio by Roberto Mancini, serving since under Manuel Pellegrini and now Pep Guardiola.

With over a decade in the job at the Etihad Stadium, his loss will be a big one from Guardiola’s staff—and Liverpool’s gain, with Nobes said to be a popular member of staff among the City players. 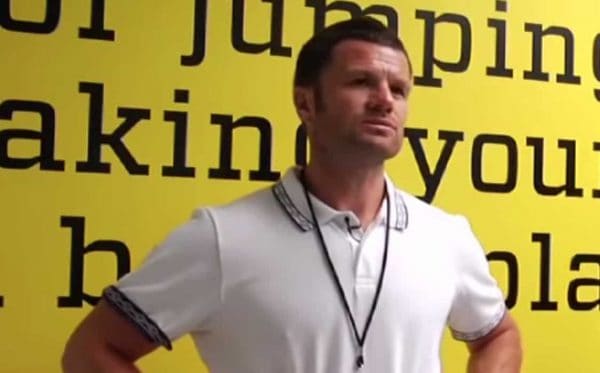 He featured prominently with the City squad in their recent Amazon documentary series, travelling with players to visit a Barcelona-based doctor.

Originally from Jersey, Nobes’ last game at City was the weekend win over local rivals Man United and he will take up his new post with Liverpool after the international break, starting November 26.

At Melwood he will work alongside Liverpool’s head of fitness and conditioning, Andreas Kornmayer, head of medical services, Andrew Massey and medical rehab and performance manager, Philipp Jacobsen.