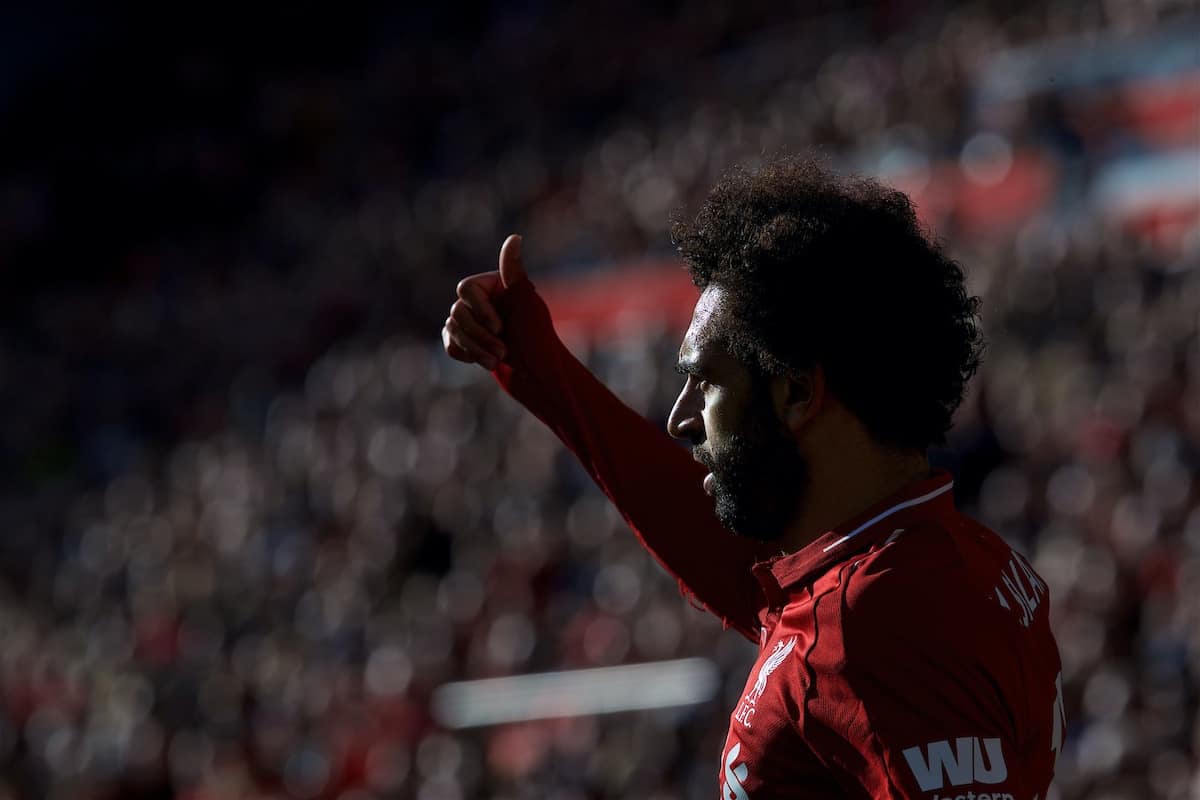 Liverpool are now on the longest unbeaten home run in Europe’s top five leagues, with the importance of ‘Fortress Anfield’ increasingly clear.

The Reds maintained their excellent record in the Premier League this season with a 2-0 victory at home to Fulham on Sunday afternoon.

So far, Jurgen Klopp‘s side have won nine and drawn three in the English top flight, ensuring their place just behind leaders Man City in the table, who themselves have won 10 and drawn two.

By not losing to the Cottagers, Liverpool extended a remarkable record that has seen them go unbeaten in the league at Anfield for 27 games.

And with Barcelona suffering a shock 4-3 defeat at the hands of Real Betis later that evening, the Liga giants relinquished their own long run without losing at the Nou Camp.

Klopp now presides over the current longest unbeaten stretch of home games in the Premier League, the Bundesliga, LaLiga, Serie A and Ligue 1.

Liverpool haven’t lost at home in the league since Christian Benteke struck twice as Crystal Palace fought back to win 2-1 in April 2017.

Since then, they have won 18 and drawn nine of their 27 league games at Anfield, including going the entirety of last season undefeated on their own turf.

They have also conceded just 10 goals in those 27 games, keeping 19 clean sheets and scoring 62, with Klopp’s campaign to restore ‘Fortress Anfield’ paying off.

Though a muted atmosphere in Saturday’s defeat of Fulham undermined his attempts to maintain its status as Europe’s most formidable ground to visit, it is clear his players are doing their part. 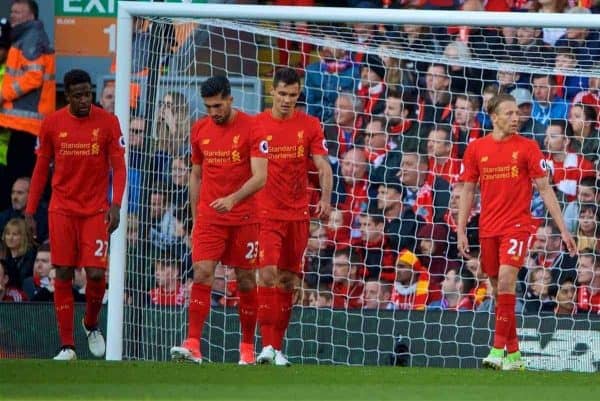 Interestingly, of the 11 players to start in the loss to Palace, only Dejan Lovren, James Milner, Gini Wijnaldum and Roberto Firmino remain regulars 19 months later.

Emre Can, Lucas Leiva and Philippe Coutinho have all left, while Simon Mignolet, Joel Matip, Nathaniel Clyne and Divock Origi can only be considered squad players at best.

None of the back five to start—Mignolet, Clyne, Matip, Lovren and Milner—are now in Klopp’s first-choice defence, replaced by Alisson, Trent Alexander-Arnold, Joe Gomez, Virgil van Dijk and Andy Robertson.

Alexander-Arnold was on the substitutes’ bench that day, having yet to cement his place as a regular starter, along with Marko Grujic, Ben Woodburn and Rhian Brewster.