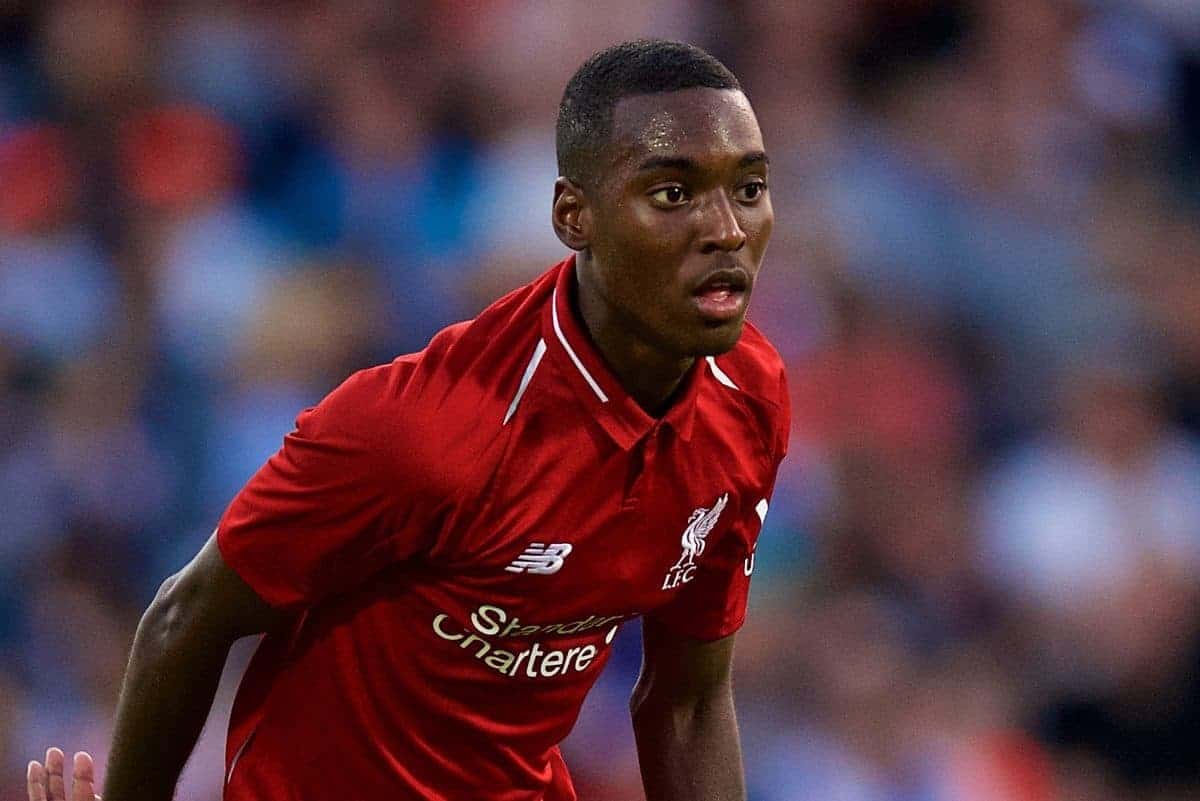 Rafa Camacho and Bobby Adekanye were both unsuccessful from the penalty spot as the Liverpool U23s were held to a 1-1 draw by Burnley on Sunday.

While their first-team counterparts were playing out a comfortable 2-0 win over Fulham at Anfield, the young Reds took to the field at Kirkby for a Premier League Cup clash.

Burnley made the short trip to Merseyside for a fierce tie that provided Anthony Driscoll-Glennon with the opportunity for a reunion with his old team-mates, having left Liverpool on a free transfer in the summer.

On the pitch, a well-matched game played out, with Adam Lewis and Neco Williams going close for the hosts in the first 25 minutes while Dwight McNeil fired wide of the post for Burnley.

With half-time approaching, the young Reds were denied a clear goal as Jordan Cropper handballed on the line to concede a penalty, and was shown a red card as a result.

Up stepped Camacho, but the Portuguese sent his spot-kick wide, with the half ending at 0-0.

Burnley struck first after the interval, with Tinashe Chakwana breaking the deadlock after Kamil Grabara denied Dan Agyei, but Liverpool weren’t behind for long.

The equaliser came from Glen McAuley, in a rare opportunity for the Irishman this season, who headed past Adam Legzdins to make it 1-1.

Liverpool were awarded a second penalty of the afternoon with just over 10 minutes to play, and this time Legzdins made the save to keep out Adekanye’s effort.

The young Clarets’ goalkeeper was required again in the closing stages, producing a brilliant double save to keep out McAuley in the six-yard box.

With the game ending at 1-1, the U23s are yet to taste victory in the Premier League Cup, sitting third behind Bournemouth and West Brom after taking one point from two games.