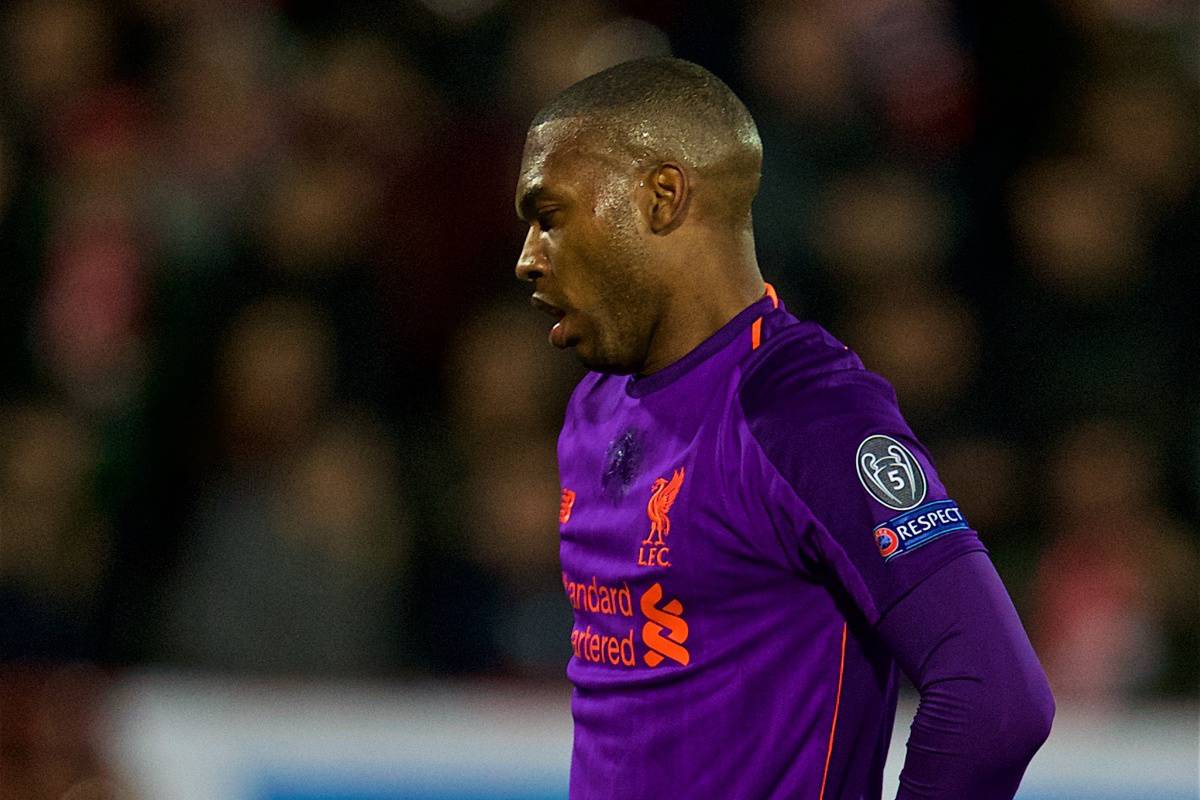 No Liverpool player emerged with much credit as they fell to a miserable 2-0 loss to Red Star in the Champions League group stage on Tuesday evening.

The Reds’ midweek trip to Belgrade was a dark day for Jurgen Klopp: the culmination, perhaps, of a quarter-season of scraping through without producing top form.

Having struggled to muster a consistent run of performances since the start of the campaign, Liverpool fell to only their third defeat of 2018/19 at the Marakana.

In the fallout of this 2-0 loss, however, a host of flaws have emerged in Klopp’s setup, and with a clutch of players on an individual basis.

All three of the manager’s changes from Saturday’s 1-1 draw at Arsenal failed to fire, with Joel Matip, Adam Lallana and Daniel Sturridge among those to frustrate in Serbia.

But what did journalists and statisticians make of this lowly loss? 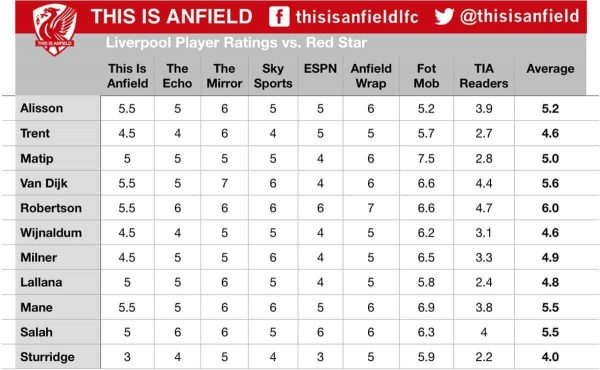 Remarkably, over six publications, statistics site FotMob and our readers’ vote, no Liverpool player was awarded an average rating of over six out of 10.

Andy Robertson (6.0) is the sole starter deemed average, with ESPN’s Glenn Price arguing that there were “no issues from him defensively and a bit of decent play when asked to attack.”

Virgil van Dijk (5.6), Sadio Mane (5.5) and Mohamed Salah (5.5) were also offered something of a reprieve compared to their team-mates, with Alisson (5.2) not too far behind.

The most damning assessment was reserved for Sturridge (4.0), whose 45-minute showing was most notable for a shocking miss with the scores at 0-0.

“The hosts rallied on from there on,” Price attested, while This is Anfield’s Henry Jackson concluded that the No. 15 was “substituted at half-time and rightly so.” 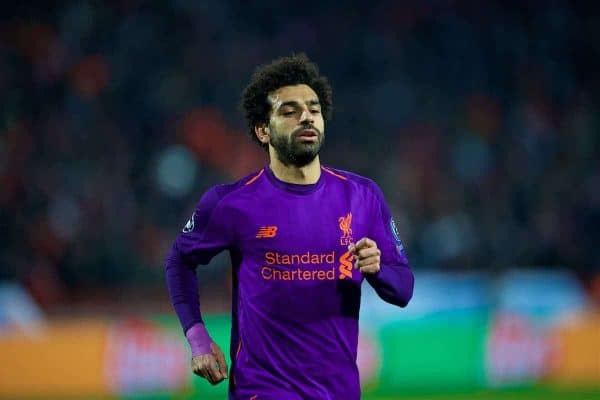 Statistically, it should perhaps come to no surprise that Matip stands out despite largely being deemed to have underperformed, with his aerial battle with two-time goalscorer Milan Pavkov the key focus.

Matip won 13 of his 15 aerial duels, though with Pavkov striking when it counted, this highlights the importance of context when assessing numbers.

Van Dijk was similarly praised by FotMob, having won 12 of his 19 challenges in the air, while Robertson received the same score as the Dutchman.

Both Sturridge and Lallana fared significantly worse, however, as they won just 33.3 percent of their attempted duels apiece, with the latter losing 10 of 15.

It is likely that the English pair will drop to the substitutes’ bench for Sunday’s clash with Fulham, with Klopp in desperate need of a response after a humbling at Red Star.