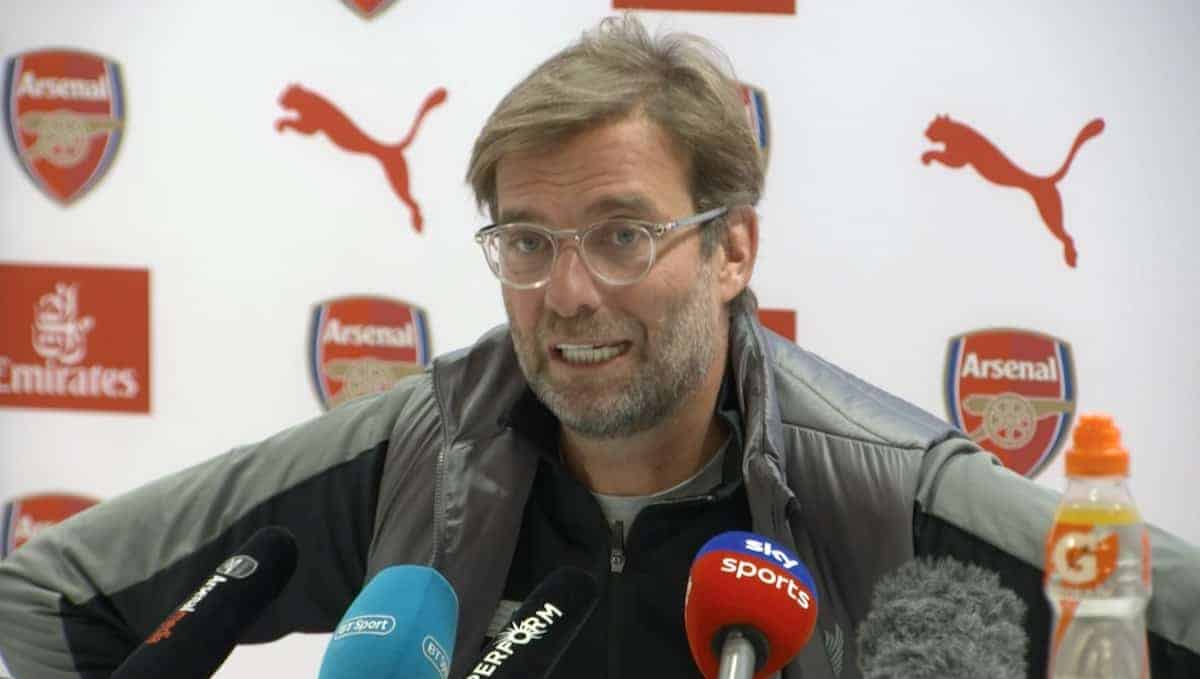 The Reds remain unbeaten in the top flight this season, and end Saturday top of the table, but a share of the points at the Emirates should be considered two dropped.

James Milner‘s opener was cancelled out by Alexandre Lacazette’s brilliant strike late on, and it can certainly be argued Liverpool deserved to win, especially through Mane’s tap-in.

But referee Andre Marriner was left to rule the Senegalese offside after a wave from the linesman’s flag, and speaking to reporters after the game Klopp was clearly disappointed.

“It was actually a brilliant attack,” he argued.

“It’s what you do in the training ground—you bring one player and you keep one player between the centre-halves, slightly offside and then the other player takes the ball.

“It’s a pity it didn’t count, but we made a few more mistakes than the ref to be honest.

“In the moment, it would have been nice if this goal would have counted.”

Klopp was critical of the Reds’ lack of compactness, and having shifted to a 4-2-3-1 formation for the second half this was clear.

The manager also discussed the prospect of dropped points, instead saying “it’s not nice, but of course a point at Arsenal will always be an absolutely good result so we take it.”

Liverpool can now only hope Southampton secure a result at Man City on Sunday afternoon, which would ensure Klopp’s side keep up in the race for the title.