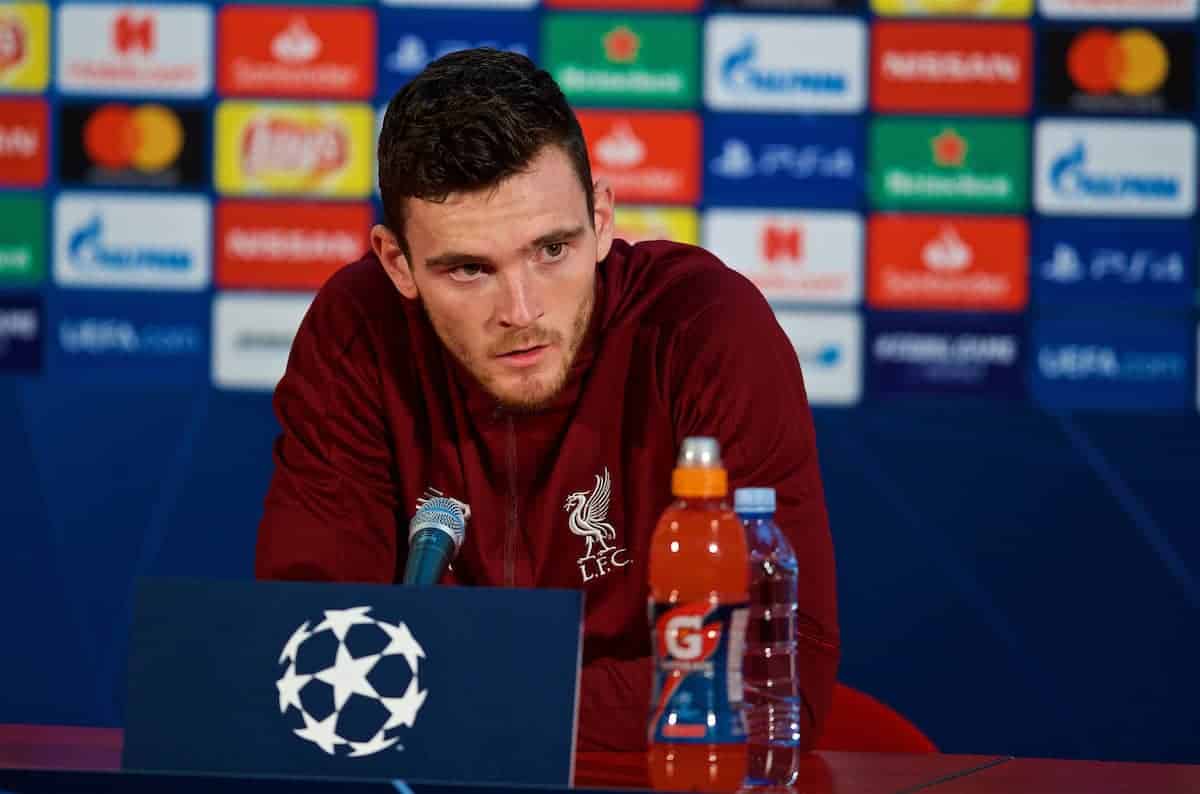 Liverpool left-back Andy Robertson fielded questions from the media ahead of the Reds’ Champions League clash at Red Star Belgrade.

The Scotland captain has been a regular part of the Reds’ new and improved back line this term, and rose to prominence with some top-drawer displays in the Champions League last season.

After sitting out the win over Cardiff, Robertson returned to the starting XI against Arsenal at the weekend and looks set to keep his place in Serbia.

Speaking to journalists at the pre-match press conference, Robertson was asked about the intimidating atmosphere Liverpool face, as well as the importance of an away victory.

The left-back acknowledged it was a chance to go clear at the top of the group, but insisted the Reds must respect their opponents and not get carried away looking forward.

“We play first and we’ve a chance for a big three points,” he said.

“If we put them there we are top of the group [going into] the last two games. But we’ve got to focus on the opponent we’re playing and not the group.

“Hopefully we get the points, then we can look at the last two games.”

Robertson also feels that some of the matches the Reds took in last season, en route to the final in Kyiv, will stand the players in good stead for an expected hostile reception on Tuesday evening.

“A few of us were new to the Champions League last season; we got invaluable experience by going the distance and just falling short,” he explained.

“I can feel we’re taking that [experience] into this campaign already though.

“The semi-final atmosphere in Rome was special as well and we dealt with that, so take it into tomorrow night.”

Robertson will be tasked with helping keep out an attack which has scored 40 goals in 15 league games this term, but equally important might be his runs forward to help break down a defence which has this season kept clean sheets against Napoli and Red Bull Salzburg.