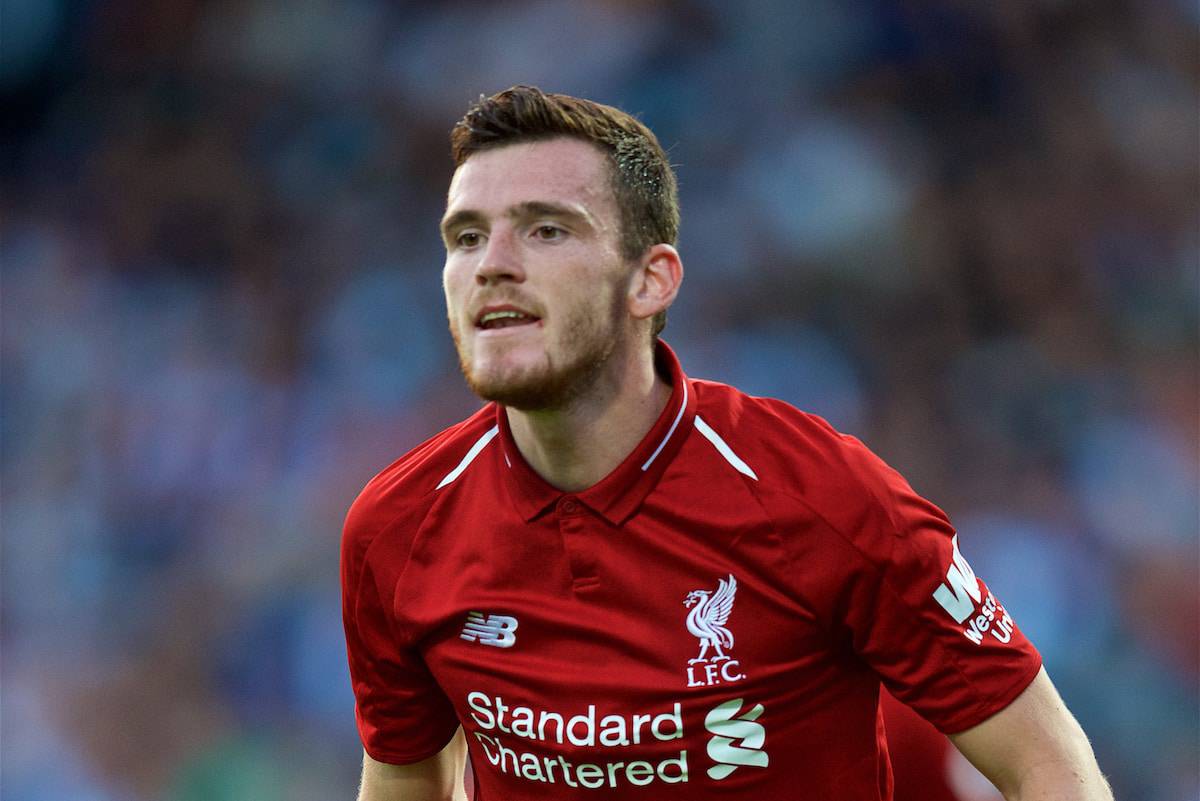 Andy Robertson believes passionate exchanges between players on and off the pitch show the leadership behind Liverpool’s excellent form this season.

The Reds are currently top of the Premier League and four points clear of second-placed Man City, having gone 18 games unbeaten so far in the English top flight.

Consistency has been key factor to their success so far, despite Jurgen Klopp regularly rotating his side to ensure sharpness and address the requirements of a particular game.

This has often seen captain Jordan Henderson and vice-captain James Milner left out, with the manager revealing in October that the squad had voted Virgil van Dijk and Gini Wijnaldum as third and fourth choice for the role.

Beyond that quartet, there are a variety of leaders in Klopp’s side, including Robertson, who wears the armband for Scotland and told the club’s official website this week that this has led to some productive arguments.

“We have a fantastic captain in Hendo. [Wolves] was his 300th game for the club and that’s a great achievement,” he said.

“We’ve got Milly behind him as well and he’s a top pro, everyone looks up to him.

“Virgil is captain for his country so there are plenty of leaders on the park. I’m including Dejan [Lovren] in that as well.

“The more leaders we have got on the park the better as far as I’m concerned. There were a couple of arguments out there against Wolves—a couple of things that needed to be said and they were said.

“We all have the attitude that if someone says something to you, you have to take it on the chin. If you don’t agree with it, you deal with it at full-time or half-time and speak to one another.

“We have spoken together as a team. We do discuss things [and] have said that’s it’s about having that honesty between us.

“I think that’s something the lads have done really well since the start of the season. It shows the respect between us.” 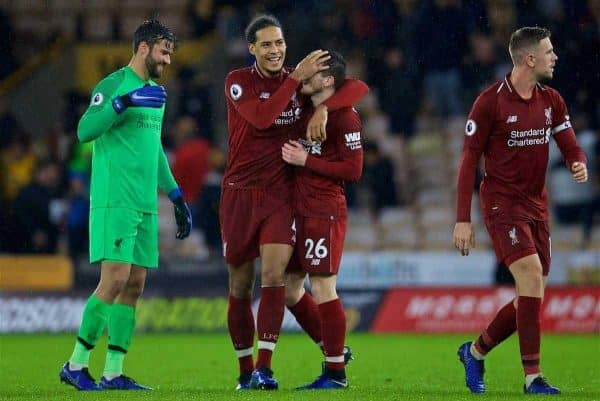 This is a sentiment echoed by Van Dijk after he was pictured in a heated interaction with Henderson during the 1-0 win over Napoli in the Champions League.

The Dutchman said: “I love stuff like that because it shows you’re a proper team, and it shows you care and want to win.”

It’s clear there is an excellent team spirit at Liverpool, but as both Van Dijk and Robertson attest, it is better for the squad’s strong characters to lead by example.

The desire to win is high, and it is paying off as the Reds continue to push for silverware.