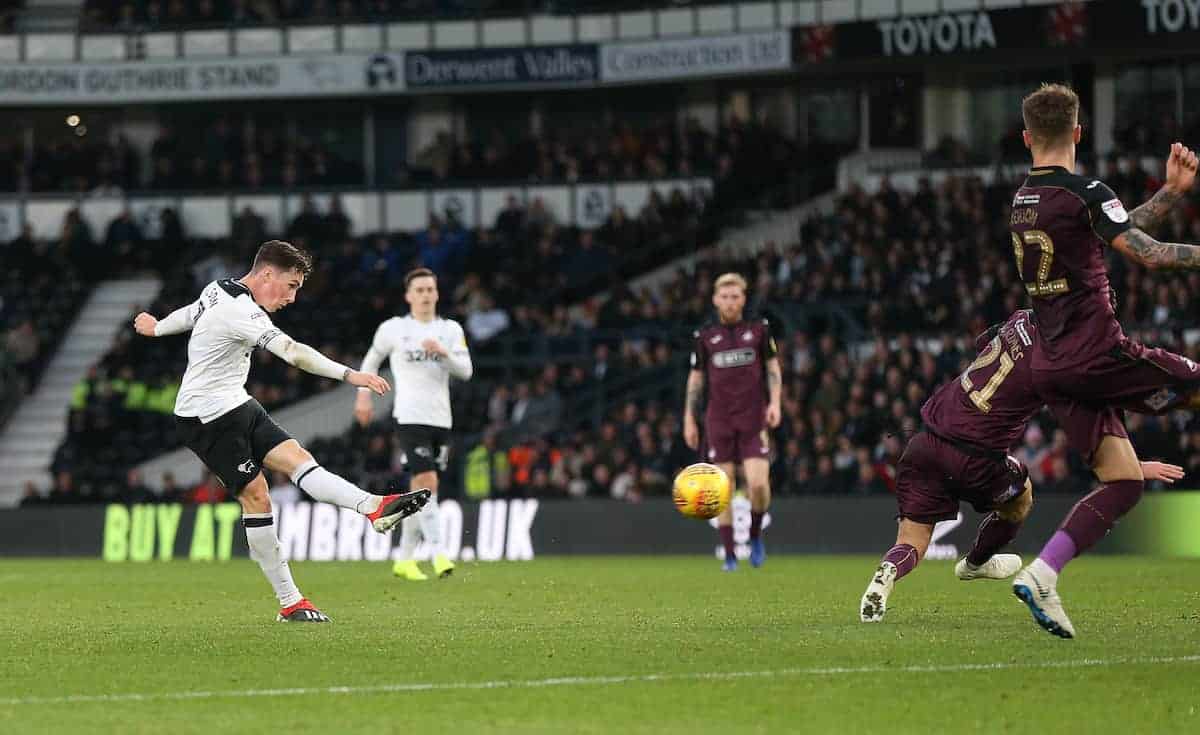 The 21-year-old Welshman followed up goals against Sheffield Wednesday and Stoke City with a stunning first-half double against Stoke City on Saturday.

The first was the pick of the two, hitting an unstoppable strike from 25 yards that arrowed into the top corner.

The winger then cut inside onto his left foot again to dispatch his second from the edge of the box on the stroke of halftime.

It means that Wilson has scored eight goals for club and country this season – with seven of them being from outside the box, including four direct free-kicks.

The youngster left the field to a standing ovation in stoppage time, with Frank Lampard’s side earning a 2-1 win that moves them up to seventh in the Championship but level on points with fourth-place West Brom.

Wilson joined the Midlands club on a season-loan after signing a new contract at Anfield in the summer.

It has previously been reported that there is no option for Liverpool to recall him in January, despite many fans hoping such an option could be available.

Derby do not have the option to sign him permanently at the end of the season, and it will be interesting to see how he does in pre-season.

Harry Wilson is the best player in the league. Facts can’t be changed

Not giving Harry Wilson a chance in the senior squad when he returns from loan next season would be serious malpractice.

That is now 8 goals for Harry Wilson this season in all competitions.

Given how brutally bad so many (nearly all) of our past loans have been, Wilson shining both for Hull and Derby back to back is really something.

A textbook Klopp player too, hopefully Klopp will take notice.

Harry Wilson’s first of the afternoon for Derby!