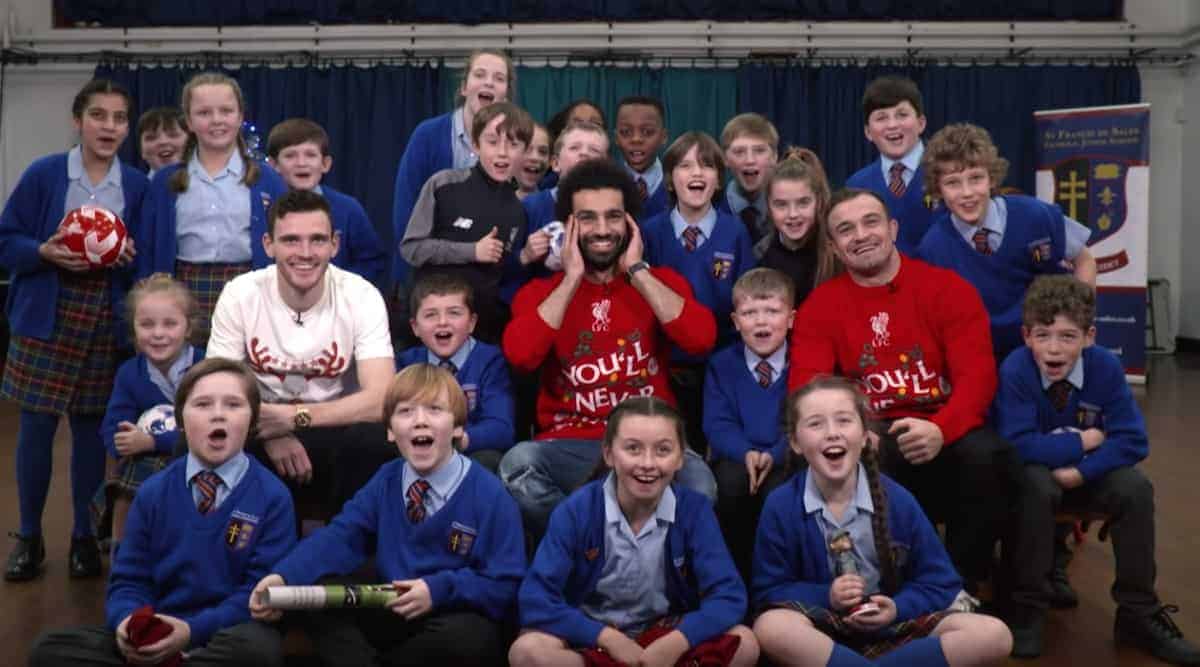 As ever, there’s plenty of priceless reactions as the Reds trio sneak up on unsuspecting pupils who think they are taking part in a video on their favourite players.

There’s an Evertonian in these, attempting to explain why he thinks Richarlison is better than Salah.

One kid entertains by telling Shaqiri of his “powercube” nickname, while Robertson finally gets some praise – with Mo saying “who wants to grow up to be a left back.”

Great stuff from the Reds’ trio.