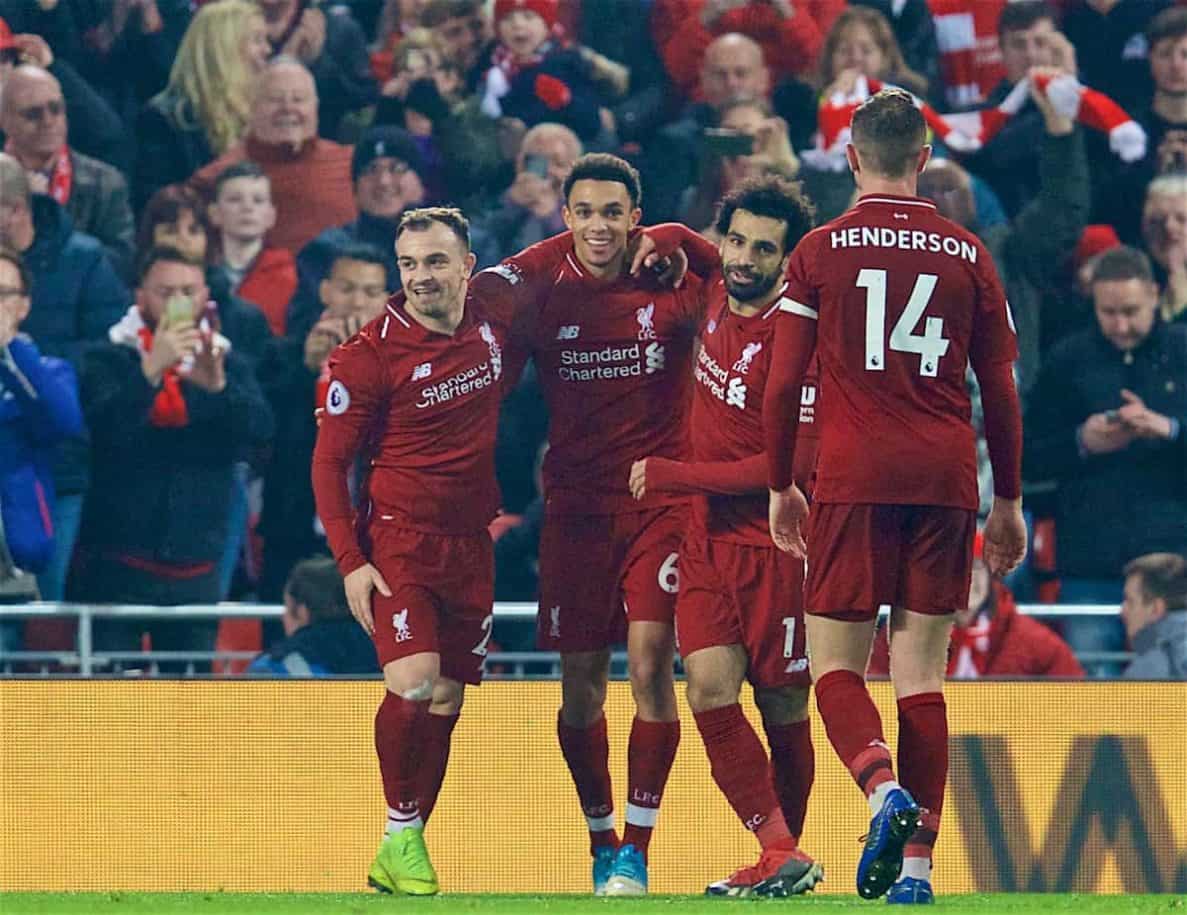 Liverpool continued their impressive form to collect their eighth consecutive league win and remain top of the table.

Jurgen Klopp named a surprisingly strong lineup, with many expecting the manager to rotate his side ahead of games against Arsenal and Man City in the next 10 days.

There were three changes, with Xherdan Shaqiri, Trent Alexander-Arnold and Gini Wijnaldum coming into the side to replace Fabinho, Naby Keita and James Milner.

Liverpool started on the front foot and Dejan Lovren emphatically volleyed home in the 11th minute after a poor defensive header from Andy Robertson‘s cross on the left.

It was the centre-back’s first goal of the season, with a perfect connection rifling the ball into the roof of the net at the Kop end.

Liverpool controlled the game and looked for a second, with Shaqiri forcing an excellent save from Martin Dubravka just before the break.

Despite the home side’s dominance, the lead remained at just one at halftime.

Within a minute of the restart, Mohamed Salah won and then scored a penalty to double the Reds’ lead and chalk up his 15th goal of the season.

There appeared to have been a change in shape in midfield at halftime, with a diamond shape putting Mane and Salah up front.

Klopp’s side remained in complete control and got their third goal through Shaqiri when the Swiss attacker tapped home Alexander-Arnold’s low ball across the face of goal.

That goal, the third, came at the end of some consistent pressure from Liverpool, peppering the Newcastle defence.

And within minutes of that goal, news filtered through of a goal for Leicester City that put them in the lead against Man City, leaving Anfield buzzing.

The feel-good factor continued, with Fabinho heading home his first goal for the club in the 84th minute from Salah’s corner. 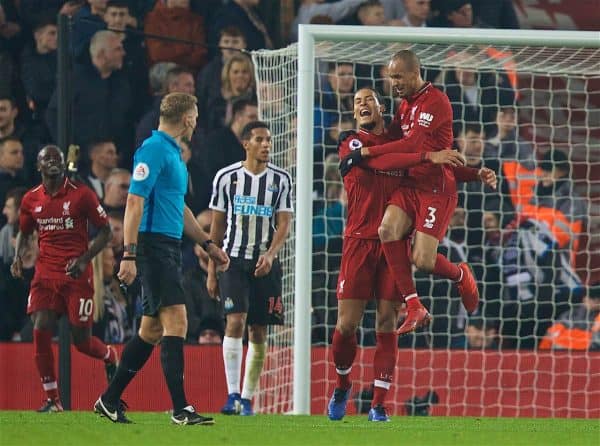 Full time saw Liverpool move to six points clear at the top after City lost at Leicester, with Tottenham replacing them in second place.

Next, the Reds host Arsenal at Anfield on Saturday evening.