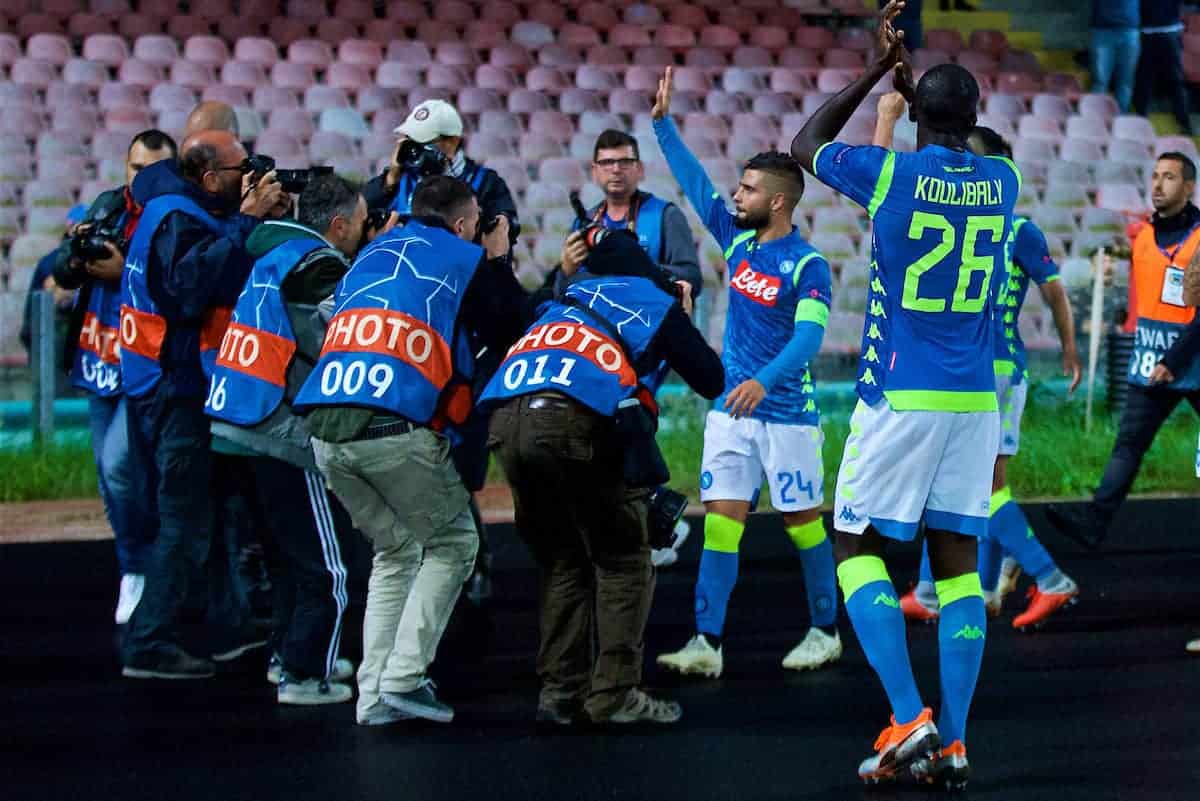 Napoli warmed up for their crucial Champions League clash against Liverpool with an emphatic 4-0 victory of their own over Frosinone.

The Reds take on the Serie A giants on Tuesday, in one of the biggest matches of the season so far.

Jurgen Klopp‘s side know that a 1-0 win or a two-goal victory will see them reach the last 16, in what is a tough assignment at Anfield.

While Liverpool were busy going top of the Premier League on Saturday, Napoli were enjoying a productive day of their own.

Carlo Ancelotti’s men hosted struggling Frosinone, with their 19th-placed opponents very much in the relegation fight and with just eight points to their name.

It was a one-sided contest at Stadio San Paolo, with Napoli’s victory never in doubt.

It was one-way traffic again in the second half, with striker Arkadiusz Milik twice pouncing from close range to complete the scoring. 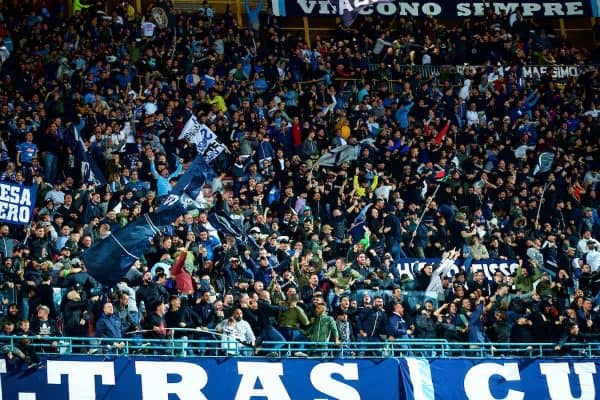 I Partenopei’s unbeaten run now stands at 12 games, and they have won each of their last three games.

During that period, they’ve only conceded more than one goal in a game once, that being in their 2-2 draw with PSG.

Milik’s double brought his tally for the season to seven in 16 outings, averaging one every 127.4 minutes, while Lorenzo Insigne and Dries Mertens top the goalscoring charts with 10 each.

Napoli find themselves in a good health ahead of their trip to Merseyside, too, with Vlad Chiriches (ACL) and Simone Verdi (thigh) their only major absentees.

Ancelotti was able to rest Mertens, who remained an unused substitute, while withdrawing Insigne and Marek Hamisk before full-time, with the result long settled.

The Naples outfit will head to Anfield full of confidence, knowing they can end Liverpool’s Champions League dream for another season, but will take on a side buoyed by three consecutive victories in the Premier League.

Meanwhile, Damir Skomina has been appointed referee for the Group C decider, with the Reds losing all four of their previous games with the Slovenian in charge.

The most recent came in the 4-2 defeat to Roma in the semi-finals in May.