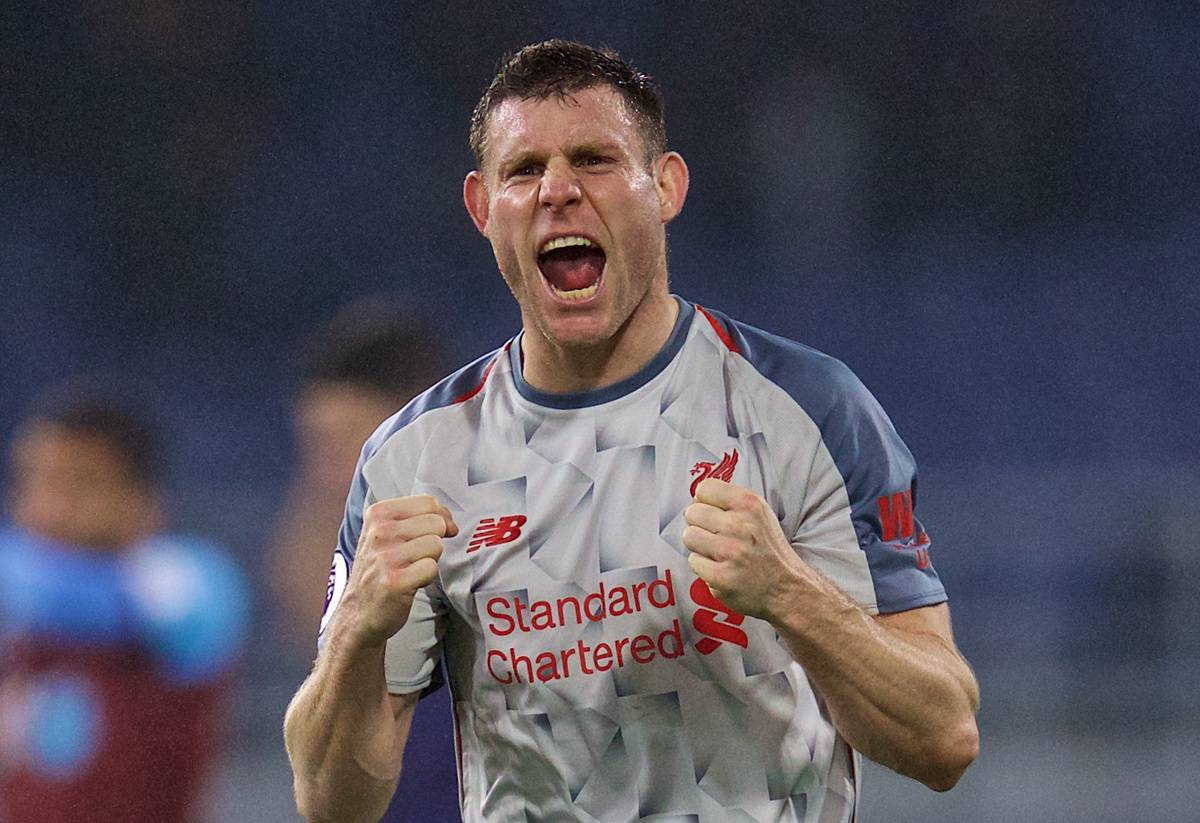 Liverpool produced a courageous second-half comeback to secure another vital victory against Burnley at Turf Moor to stay in touch with Man City at the top of the Premier League table.

After a slow first half, the second 45 proved more entertaining – but it took goals from James Milner and Roberto Firmino to turn things around after Jack Cork had put the home side ahead.

Milner put a well-placed shot past Joe Hart from the edge of the box, while Firmino finished from close range after a free-kick routine saw Virgil van Dijk guide the ball across for him.

The Reds then put the icing on the cake with a superb counter attack goal finished off by Xherdan Shaqiri in stoppage time.

It means that Liverpool now have the most points after 15 games of a season in the entire history of the club. Remarkable.

“Any lineup containing Moreno instantly fills me with doubt.” – Chris-Anstey on Facebook.

”I trust the manager but that seems like an awful lot of changes.” – Thomas Landstrom on Facebook.

Pretty risky #LFC lineup tonight. Good to see Rafa Camacho on the bench, but seven changes and so many big names out could be a big gamble.

Is Klopp really giving us Naby Keïta in a diamond. pic.twitter.com/OQ1ETdOXf8

“I really like this lineup. I am looking forward to Keita linking up well with Sturridge, just like preseason. Nice and attacking.
” – nobluff on the forums.

But ultimately it paid off with the result…

“Absolutely HUGE result that! Especially given the changes! Chuffed to bits!
” – Nic Rogers on Facebook.

Simply a remarkable show of character from #LFC. It looked like a long way back from 1-0 in these conditions against a physical Burnley side but they just refused to let it go. An opportunity to go top at Bournemouth awaits.

These Reds are getting asked loads of questions in the league this season and, so far, 9/10 they have the answers

“Brilliant, fabulous win. The hallmark of champions yet again is winning when you start weak, start slow or play beneath your par. We did all 3 and still roared home.” – ptt on the forums.

Naby Keita caught the eye for many…

“Keita’s best performance of the season, no doubt.” – —- on Facebook.

Naby Keita was excellent tonight for #LFC. Really good display from him. Ahead of a crucial period, it was vital for him to get some game time and impress.

Naby Keita really showed what he’s about. Not easy to do it at Burnley either. Got kicked a few times but was brilliant driving forward and not sure he gave the ball away all night. So unlucky to not get a goal or two.

Keita.. what a player!!!! He will be so important for us

“Been calling for Keita to start for a while & that’s why, he made a massive difference
” – Red Ted on the forums.

-And Alisson stood out yet again…

That save, gather and throw by Alisson. Top drawer.

There’s nobody in the Premier League better than Alisson. Nobody.

Alisson is producing clutch moments nearly every game for us now, what an incredible signing he's been

“That last save by Alisson was spectacular, that ball was going in top corner.
” – Neukolln on the forums.

Burnley must be the dirtiest team in the league. Constant fouls throughout the match yet go down like a bunch of puffs once they’re touched. #BURLIV

Burnley are throwing themselves into some ridiculous tackles.

When is this ref going to react to another attempted leg break by this dirty Burnley side? #BURLIV

“Burnley were thugs tonight and despite that we were by far the best side.
” – Caradoc on the forums.

But another three points keeps Liverpool in touch at the top…

“People can say what they like but this Liverpool side have exactly what it takes to be champions and the best has yet to come!”
– Derek Bryan on Facebook.

Liverpool are now eight points ahead of Chelsea.

Where did that come from?!

Liverpool’s best start to a season ever, right?

What a turnaround. Really poor in the first half but completely changed after Cork's goal.

Alisson, Van Dijk and Keita all brilliant; that's what ~£200m should get you. ?

Huge result to get three points there after making 7 changes and then going 1-0 down. Team showed loads of courage in the 2nd half, held their nerve so impressively. Klopp was spot on with the subs too.