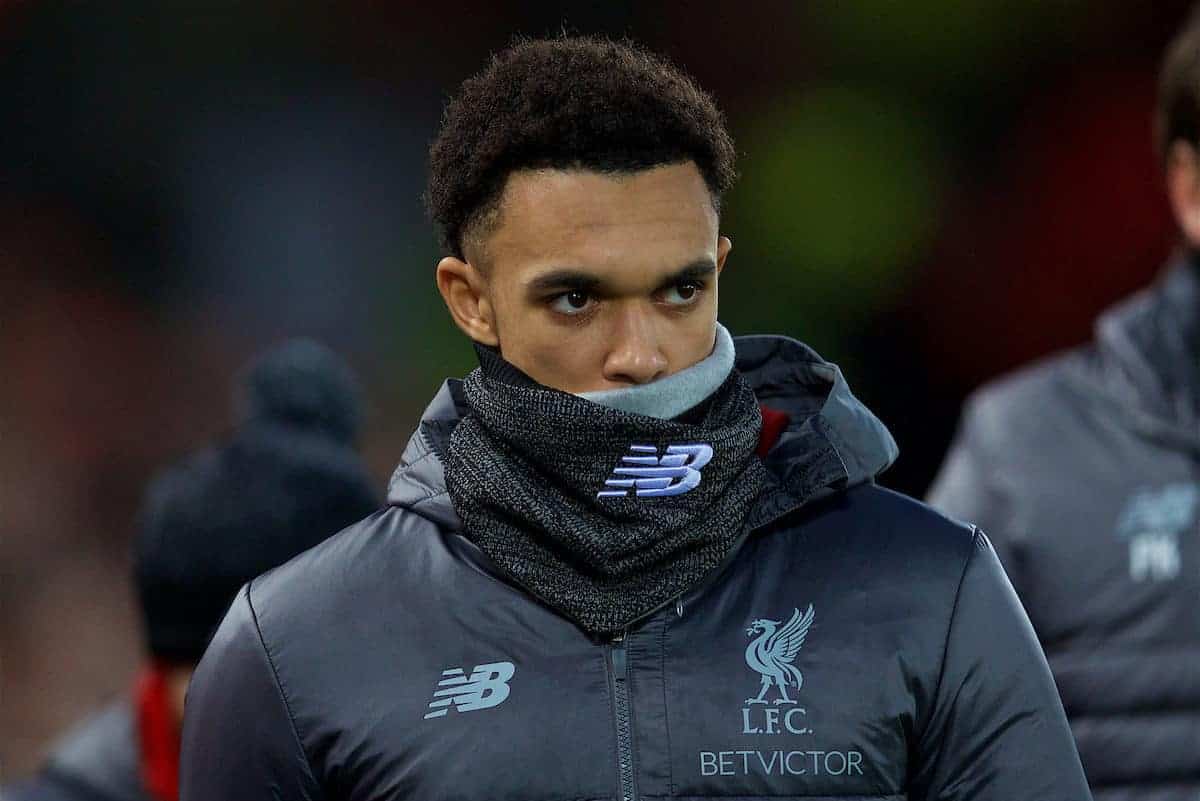 Jurgen Klopp has confirmed Trent Alexander-Arnold will be back in training on Christmas Eve, as Liverpool prepare to host Newcastle at Anfield on Boxing Day.

The 20-year-old has missed the last two games with a foot injury sustained in the 1-0 win over Napoli in the Champions League, compounding Klopp’s issues at the back.

With both Joe Gomez (leg) and Joel Matip (collarbone) also sidelined, the manager has been forced to field Nathaniel Clyne and James Milner at right-back against Man United and Wolves respectively.

Newcastle head to Merseyside on Wednesday, and speaking at his pre-match press conference Klopp provided an update on the fitness of his squad, and Alexander-Arnold and Naby Keita in particular.

“Trent is back in full training, we will see,” he told reporters at Melwood.

“Nothing new yet [with Keita] because it’s pretty early today. Nobody said he’s not in training, I would expect him back today.”

With regards Gomez and Matip, who are both expected to be out until mid-January, Klopp said “no news on that front, they are still out.”

The manager explained that he was yet to consult with his medical team, but it seems likely that Liverpool have suffered no further setbacks.

If Alexander-Arnold is passed fit to start remains to be seen, particularly with a big clash with Arsenal to come on Saturday, but his return is a major boost.

Clyne could be handed his second Premier League start of the campaign against Newcastle, with the 27-year-old firmly back in contention after a difficult period.