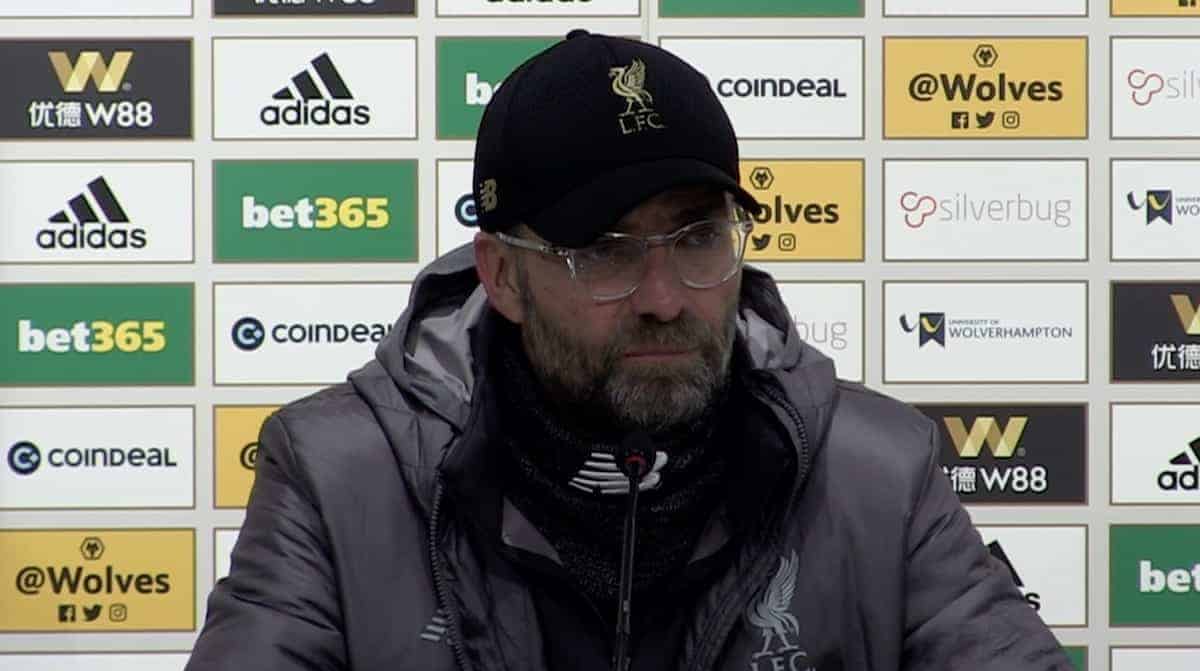 Jurgen Klopp was a happy manager after seeing his Liverpool team go four points clear at the top of the Premier League following a 2-0 win at Wolves.

The Reds faced a tough opponent with a good record against top-six sides this season, but yet again produced a confident and controlling performance for the most part.

Klopp was, as expected, happy with the performance in extremely difficult conditions, reserving special praise for the Reds’ second-half performance.

“[A] very mature performance, in such a difficult game to play. Especially with the rain tonight.

“The best thing to do to stay in charge of the game is to keep the ball, and we did that in the second half.”

Reporters also quizzed the boss on Naby Keita‘s injury, on Salah’s performance and on being top of the table.