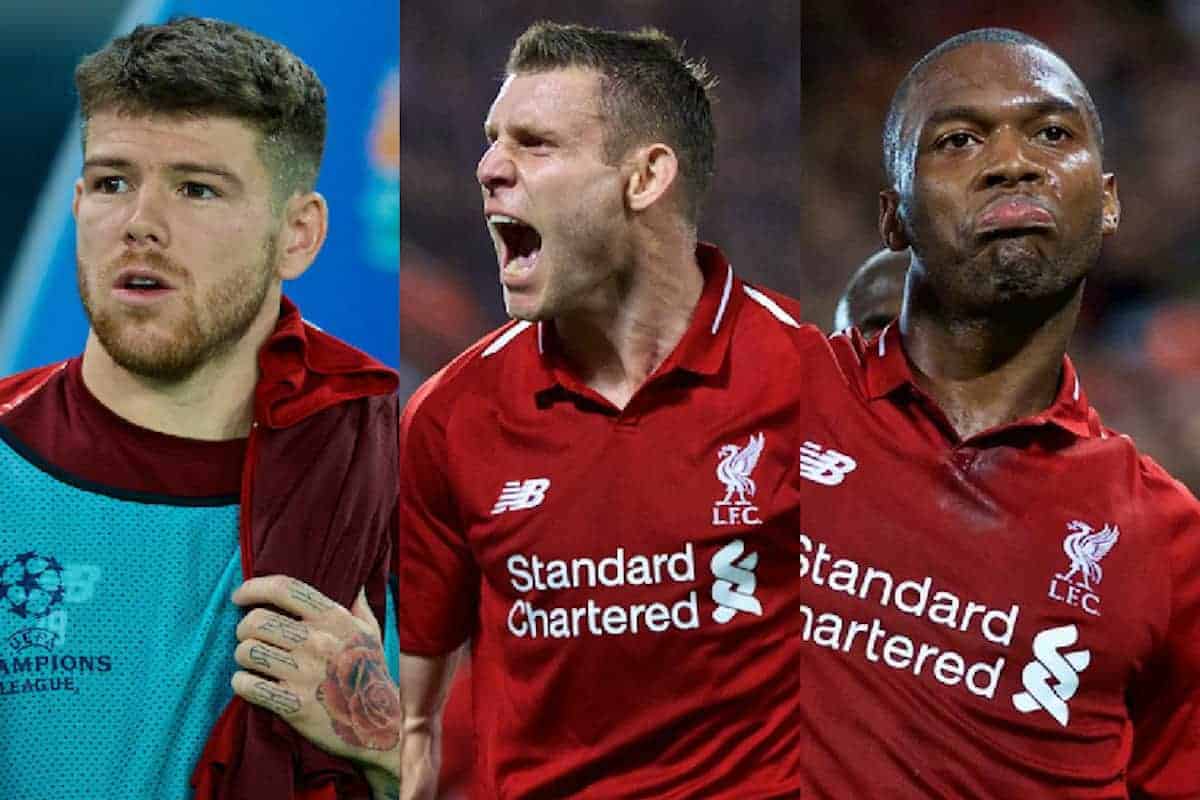 Six Liverpool first-team squad members are looking increasingly likely to leave the club, with no new contract despite being in the final 18 months, or less, of their current deal.

Jurgen Klopp has done stellar work in the transfer market since becoming Reds boss in October 2015, having inherited an average squad from Brendan Rodgers.

While there are many individuals who will be key to the Klopp revolution at Anfield, a number of players are expendable and nearing the end of their contracts.

Klopp is ruthless when it comes to disposing of dead wood, so numerous outgoings are to be expected in the near future.

Here are the six Liverpool players who won’t at Anfield in 18 months’ time, at the latest.

Joel Matip looked like a superb signing in the early months of his time at Liverpool, cutting a classy figure in the late summer of 2016.

However, a mix of injuries and unconvincing form have seen him struggle to ever fully convince in the two years since, with his timid style often proving frustrating.

While Matip is fine as a squad player for the time being, his persistent injury problems are an issue and the Reds can sign a more reliable back-up.

Still only 27, they could get a reasonable fee for his services this summer, a year before his current deal runs out.

If he could stay fit regularly there would be no great issue keeping hold of him, but as current evidence proves, that isn’t going to happen.

Few players have earned more criticism during the Klopp era than Alberto Moreno, whose infectious personality is not enough to hide his deficiencies as a footballer.

The Spaniard has proven to be a shaky defensive presence far too often during his four years on Merseyside and he will not be awarded a new contract this summer.

Unfortunately, he will be allowed to leave on a free transfer, which is a blow when you consider Liverpool could still demand a relatively healthy fee for him.

Moreno won’t be a loss when his time is up, despite overly harsh negative press at times, with Adam Lewis a potential new deputy to Andy Robertson.

He was never good enough, sadly.

When James Milner joined Liverpool in the summer of 2015, the general consensus was that he was coming in as little more than an experienced squad player.

The veteran has been an excellent signing, though, becoming a key man at times and putting in some superb performances in a central midfield role.

At 33, it is clear that Milner is very much in the twilight of his career and his Reds deal expires in the summer of 2020.

As handy a player as Miner is to have around, there is little sense in offering a player of his age a new contract, with younger options available.

A return to a newly-promoted Leeds United side next season, captaining his boyhood club on their return to the Premier League? Sounds about right.

Few players in recent times have flattered to deceive quite as much in a Liverpool shirt as Adam Lallana.

An aesthetically-pleasing footballer with undeniable quality, the 30-year-old’s constant fitness issues have been a major problem.

That is only getting worse, with Lallana making just six starts since the beginning of last season, and the team has moved on without him.

He will have turned 32 by the time his contract runs out in 18 months – the likelihood is he moves on this year, with the Reds at least earning something for him.

Lallana may benefit from a move back to the south coast. Here’s looking at you, Bournemouth…

Such is his unique talent, it is tough to watch the modern-day version of Daniel Sturridge at times.

He is a shadow of the player that looked so fresh and creative alongside Luis Suarez in 2013/14, at a time when few strikers in Europe were better.

Injuries have now robbed Sturridge of his pace and dynamism, and while sporadic moments of magic still arrive from time to time – the late equaliser at Chelsea, for example – he no longer offers enough.

The Englishman is another who will not be given a new contract when his current one finishes in June, bringing an end to six and a half up-and-down years at the club.

Sturridge has never been an archetypal ‘Klopp player’ and his powers are diminishing all the time.

Last but not least is Divock Origi, for whom we will always have Everton at home in December 2018.

That famous last-minute winner will forever hold a special place in our hearts for Origi, but he is not even close to being good enough moving forward.

The Belgian has never quite been the same since picking up a serious ankle injury near the end of the 2016/17 season and his future lies elsewhere.

At just 23 still, the Reds should be able to receive a sizeable fee for Origi’s services this summer – one they will accept.

* You can also add Nathaniel Clyne (2020), Connor Randall and Lazar Markovic (both 2019) to the list – their exits are more than a given at the end of the season – and selling all of these individuals would free up funds for more suited players.