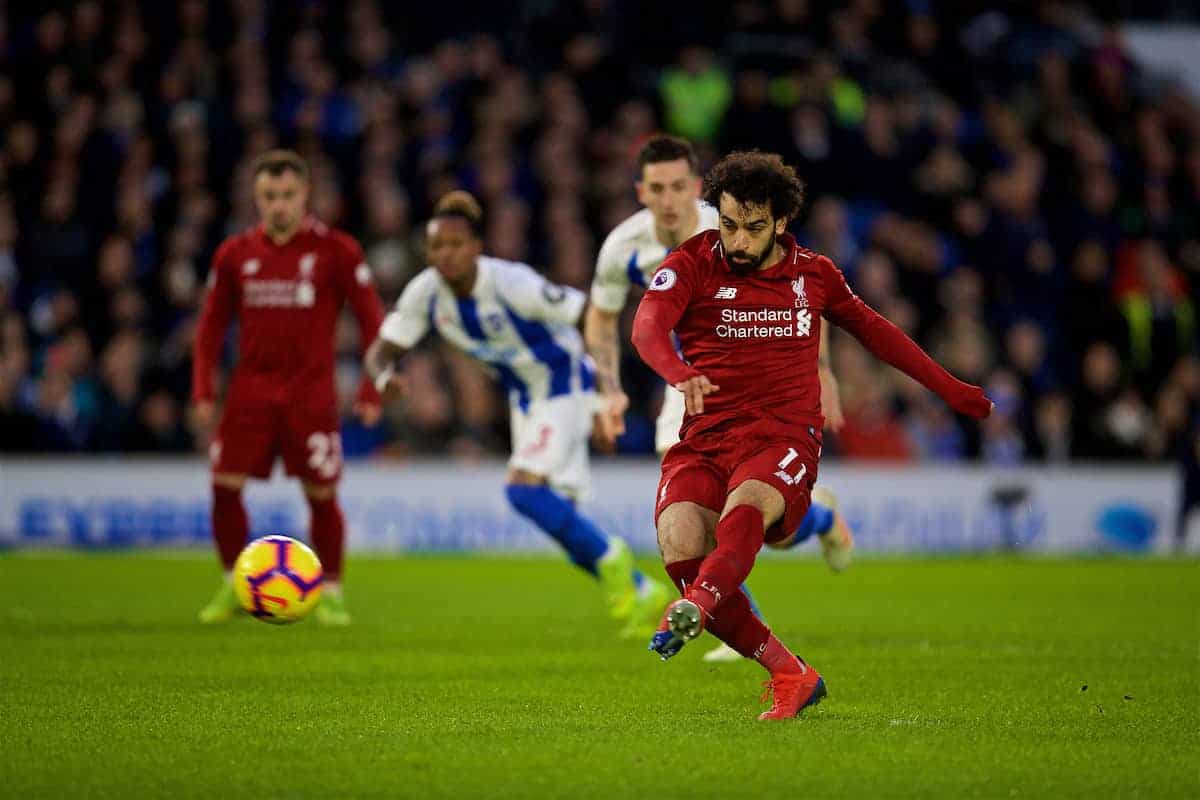 Liverpool edged out Brighton to further prove their title credentials on Saturday, with the watching media singling out certain players for special praise.

The Reds had to really battle for all three points at the Amex Stadium, although their dominance was clear throughout.

Liverpool were never at their free-flowing best on a tricky afternoon on the south coast, but that doesn’t mean individuals didn’t still catch the eye. 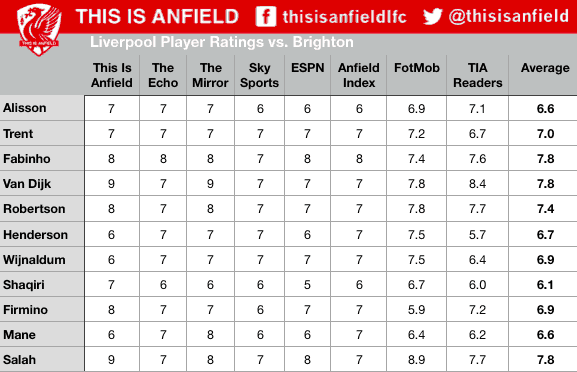 There were three players who came out on top in the average rating stakes – Fabinho, Virgil van Dijk and Salah (all 7.8).

Fabinho was excellent in a relatively unknown centre-back role, producing a performance that suggested he had played there his whole career.

This is Anfield’s Henry Jackson even felt the Brazilian “arguably looked a calmer presence than Dejan Lovren,” with his intelligent reading of the game on show from minute one.

Van Dijk was also superb at the Amex, as he again strengthened his hold on being currently considered the best centre-back in the world. 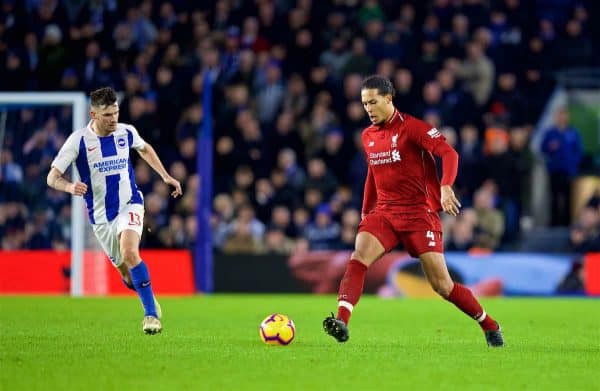 Anfield Index’s Leanne Prescott hailed him as “a great, assertive figure to have in cagey games such as these,” with his influence on the back line unrivalled.

Salah was Liverpool’s match-winner yet again and his solitary strike means nine of his 14 Premier League goals this season have put the Reds 1-0 up in games.

Jackson felt he was “a constant menace to Brighton’s defence and is worth his weight in gold,” while the Mirror‘s Darren Lewis thought he “woke up” after the break, delivering a blistering performance.

One player who never quite managed to fire was Xherdan Shaqiri (6.1), who earned the lowest average rating, despite still producing the odd moment of class. 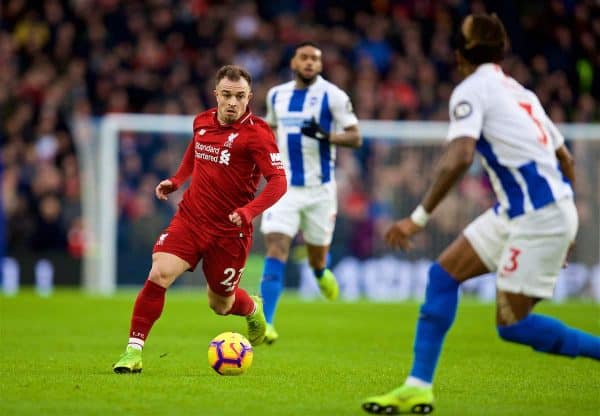 ESPN‘s Glenn Price was of the opinion that the Swiss “needed to be more involved” and the Liverpool Echo‘s Connor Dunn assessed his display as “quiet overall”.

Jordan Henderson (6.7) will remain a divisive figure for the rest of time and This is Anfield’s readers gave him an average of just 5.7 – lower than any other player.

The general consensus was that the skipper shone after a mediocre first-half, however, with Price describing he and Gini Wijnaldum‘s midfield discipline as “crucial.”

Next up for Liverpool is the visit of Roy Hodgson’s Crystal Palace next Saturday, with the Eagles’ recent win at Man City proof that they are a dangerous outfit.