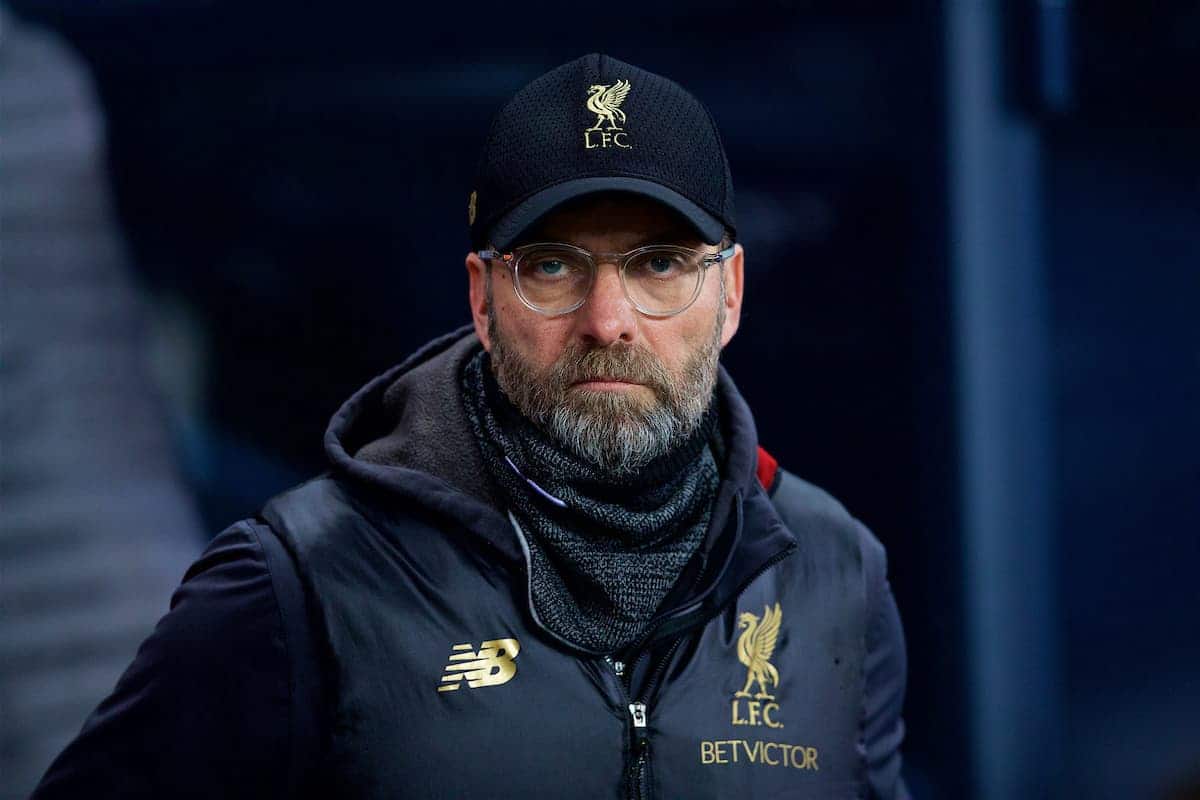 Liverpool manager Jurgen Klopp questioned whether referees needed to see blood or an open wound before issuing a red card after Vincent Kompany escaped with a caution in Manchester City’s 2-1 win at the Etihad.

The City captain launched himself at a loose first-half pass from John Stones but connected with Mohamed Salah shin-high as the Egypt international tried to jump out of the way.

It was a pivotal decision by referee Anthony Taylor with the match still goalless and Klopp felt the official got it wrong.

“I like him (Kompany), he is such a fantastic player but situations like this happen: a player makes a decision, goes on the ground and makes a sliding tackle and takes the risk,” said the Reds boss, who first spoke about ‘needing blood’ after the treatment Salah received in Saturday’s win over Arsenal.

“If Mo is on his feet – not in the moment when he jumps over him – we talk differently (about the outcome).

“That’s why I said last time (after the Arsenal match) ‘Do we need blood? Do we need an open something (wound).

“If Mo can go through (on goal) what happens then? I don’t blame anyone but in a situation like that make a decision.”

Klopp pointed to the red card Sadio Mane received at the Etihad last season after catching goalkeeper Ederson with a high challenge as they both contested a high, bouncing ball.

“When we were here last year we got a red card and no-one thought about it. It was probably a red card yes. Did Sadio (Mane) want it? Not for a second.

“He didn’t see him (Ederson) but he hit him. Here he (Kompany) saw him and hit him.

“Not as bad as it could have been (injury-wise), that’s all. You look at it and make your own opinion.” 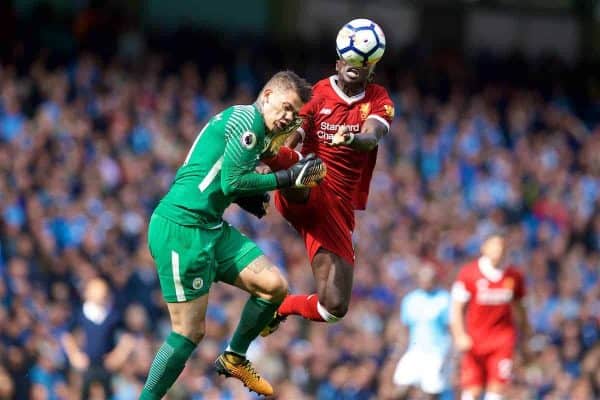 Defeat to their main rivals – and first of the season – cut Liverpool’s lead to four points at the top of the Premier League.

Despite questions inevitably being asked about what it meant for the title race Klopp declared himself satisfied with the position they were in.

“I have so much faith in my players you can’t imagine,” he added.

“If someone had told me after both games against Man City we were four points up I would have paid money for it, you cannot believe. It is something not possible.

“Football is like this. If we won tonight and were 10 points ahead and from that point win no games, then nothing happens.

“We never won it as a team so we want to finish the season as good as possible. It is all fine for us.

“Not in the moment, it feels really bad, but it is only a moment. Then we have an opportunity to work on it.”