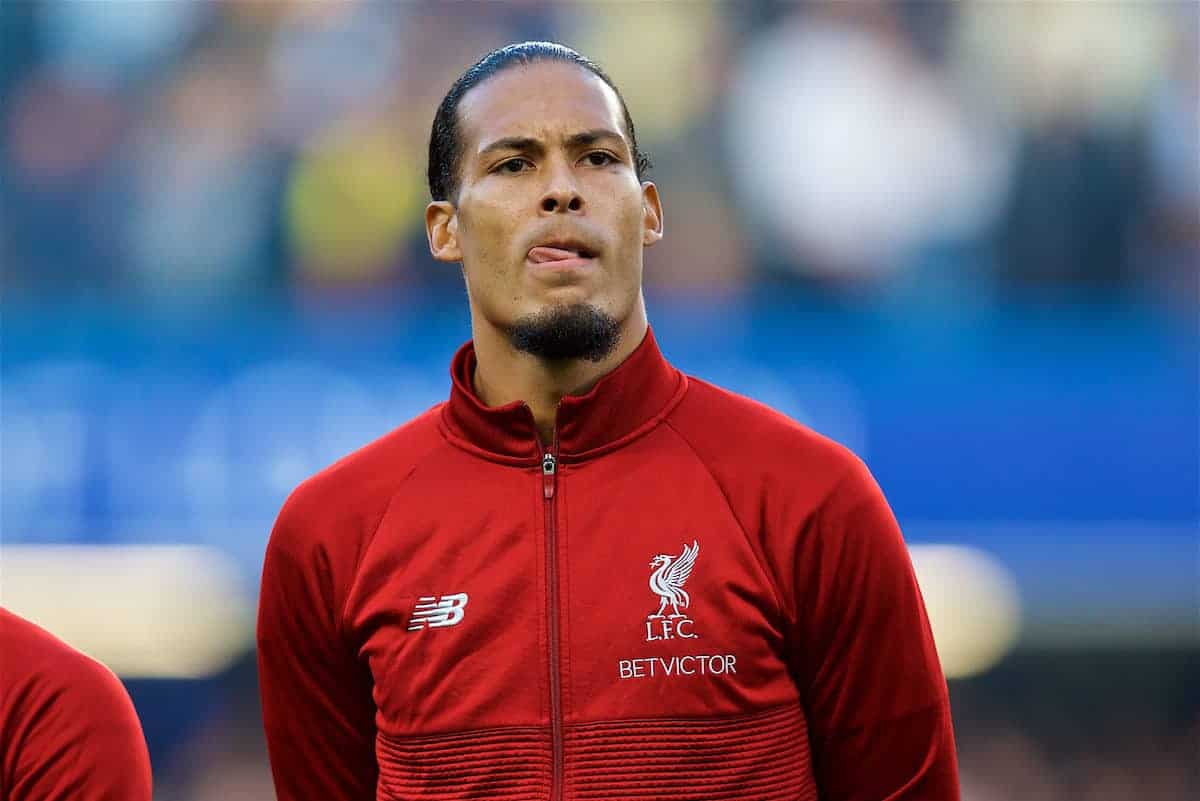 Liverpool take on Brighton looking to get back to winning ways in the Premier League—and the omens are good that Jurgen Klopp‘s team will do exactly that.

The three Premier league clashes between Liverpool and Brighton have seen the Reds win them all, scoring 10 and conceding once.

They have suffered defeat in two of the 19 league encounters with Brighton and scored in all but two of them.

The only goalless draw between the teams came in a league game at Brighton in September 1961.

Liverpool have won each of the last six clashes in all competitions and are unbeaten in the last eight since losing on the south-coast in a 1984 FA Cup clash.

Liverpool are four goals short of recording 50 in the league against the Seagulls. 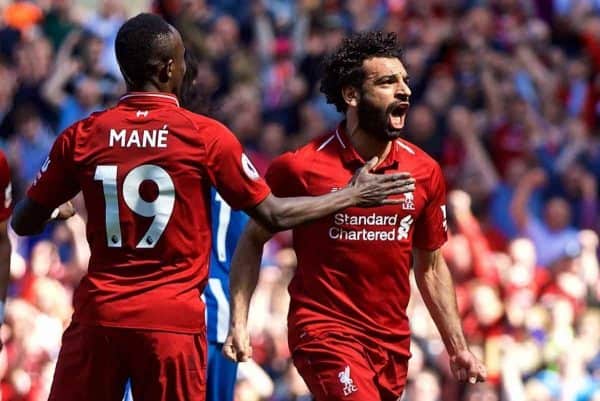 The Reds have kept two consecutive league clean sheets against today’s opponents. They have never secured three in succession.

In this fixture last season Liverpool played a back three of Emre Can, Dejan Lovren and Gini Wijnaldum.

Xherdan Shaqiri scored for Stoke last season against Brighton in a 1-1 home draw.

Daniel Sturridge this weekend six years ago netted for Liverpool on his league debut at Manchester United.

Alisson, Virgil van Dijk, Roberto Firmino and Mo Salah have played in all of Liverpool’s league games this season.

Virgil van Dijk is in line to play his 50th game for Liverpool in all competitions.

Today could see Sadio Mane reach the landmark of 100 appearances for the Reds. He has scored 42 goals.

Andy Robertson‘s only goal for Liverpool came against today’s opponents last May. 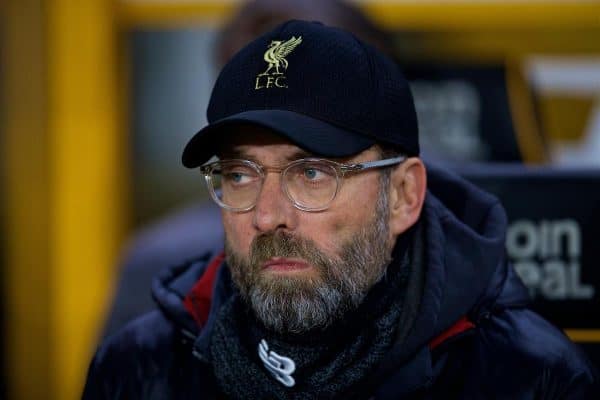 Liverpool last lost back-to-back league games in September 2015. They have never lost two in a row in the top flight under Jurgen Klopp.

Liverpool’s defeat at Manchester City was their 20th in the league under Jurgen Klopp. In the previous 19 games immediately after a loss Liverpool have won 11 and drawn eight.

The Reds have failed to score in one of the last 22 league games – at home to Manchester City in October.

Liverpool have conceded in their last two league games. Not since January 2018 have they gone three top-flight games without a clean sheet (in a sequence of four). 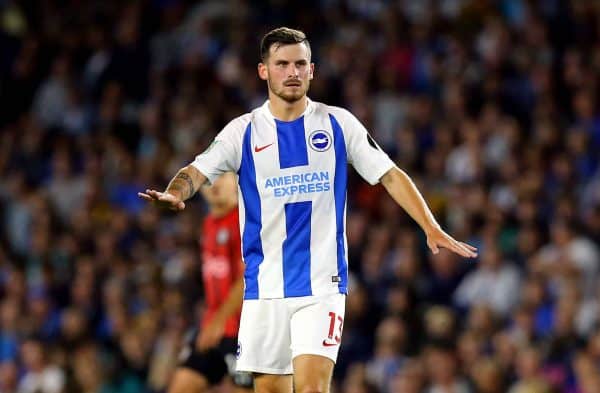 Chris Hughton’s men are unbeaten in the last four matches in league and cup since losing three in a row either side of Christmas.

This season at home they have beaten Manchester United (3-2), drawn 1-1 with Arsenal and lost narrowly to Tottenham and Chelsea (both 1-2).

Albion last failed to score at home in the league back in March against Leicester.

Home and away the Seagulls have kept one clean sheet in the last 12 games in league and cup – they defeated Everton 1-0 at home four days after Christmas.

That win over Everton is their only victory in the last six league games.

Lewis Dunk has scored an own goal in two of his last four appearances against the Reds.

Chris Hughton has lost all six previous meetings with Liverpool as a manager, conceding 25 goals.