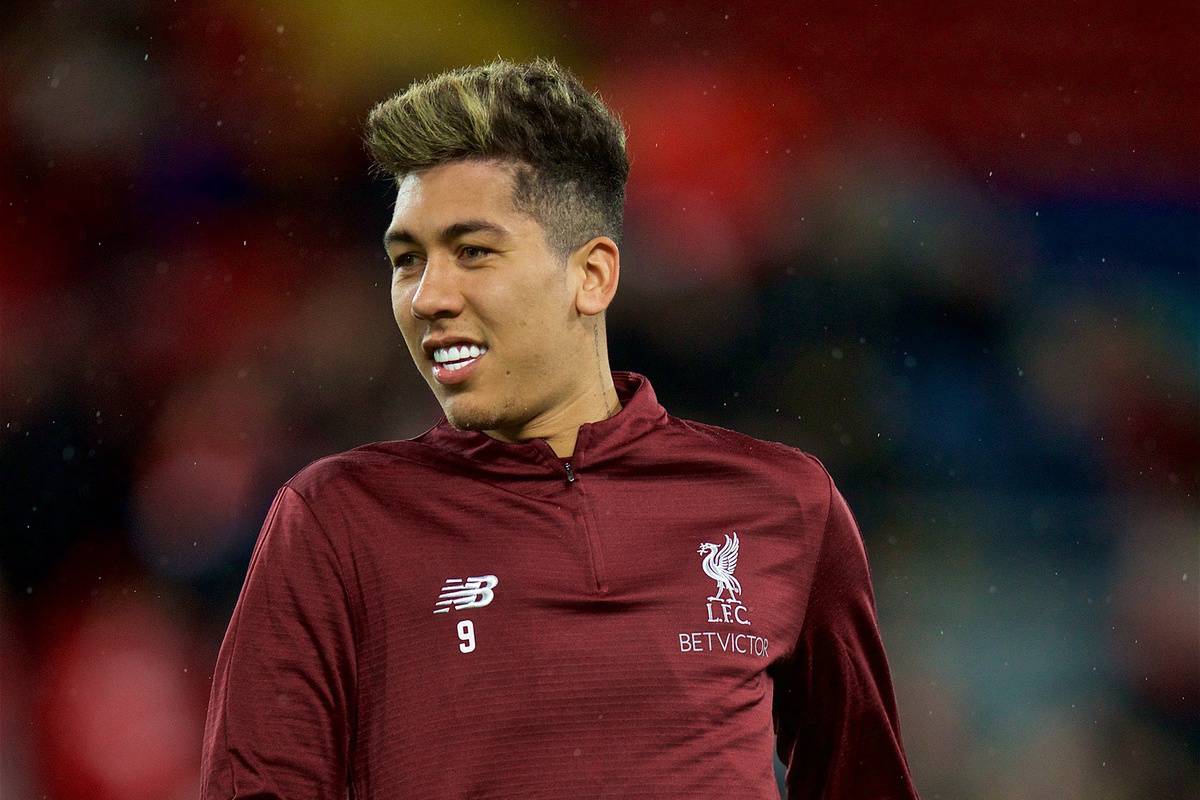 Jurgen Klopp has made two changes to his Liverpool lineup for tonight’s Champions League last-16 first-leg clash with Bayern Munich at Anfield.

Ahead of one of the biggest games of the season so far, Klopp faced a host of potential absences, with injury, illness and suspension threatening a heavily depleted squad.

The majority of those have recovered, fortunately, but the manager was forced to navigate the ruling out of Virgil van Dijk, Joe Gomez and Dejan Lovren, leaving him with one fit senior centre-back.

However, Liverpool will take on their Bundesliga counterparts confident of a strong performance in front of a raucous Anfield crowd.

Alisson could prove central to that, as the Brazilian aims to keep just his third clean sheet in seven games in the Champions League since joining the club.

Ahead of the No. 13 stand Trent Alexander-Arnold, Fabinho, Joel Matip and Andy Robertson in defence, with Alisson‘s countryman the obvious choice to deputise for Van Dijk.

In midfield, therefore, are Jordan Henderson, Gini Wijnaldum and Naby Keita, as Klopp looks to field a 4-3-3 formation.

This leaves Mohamed Salah, Sadio Mane and Roberto Firmino in attack, with Klopp’s only ever-present in European competition since arriving in 2015, Firmino, recovering from illness to start.

Without three centre-backs, Alberto Moreno takes a place on the bench, alongside the likes of Daniel Sturridge and the returning Xherdan Shaqiri.

Bayern are without Jerome Boateng as expected, while Niko Kovac makes just one change with Javi Martinez coming into the side in place of Leon Goretzka, who misses the matchday squad. 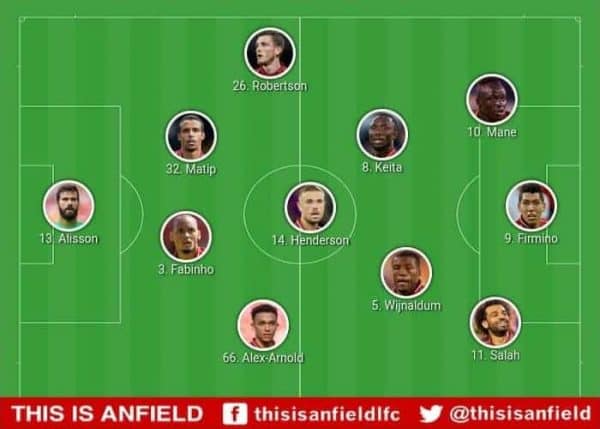