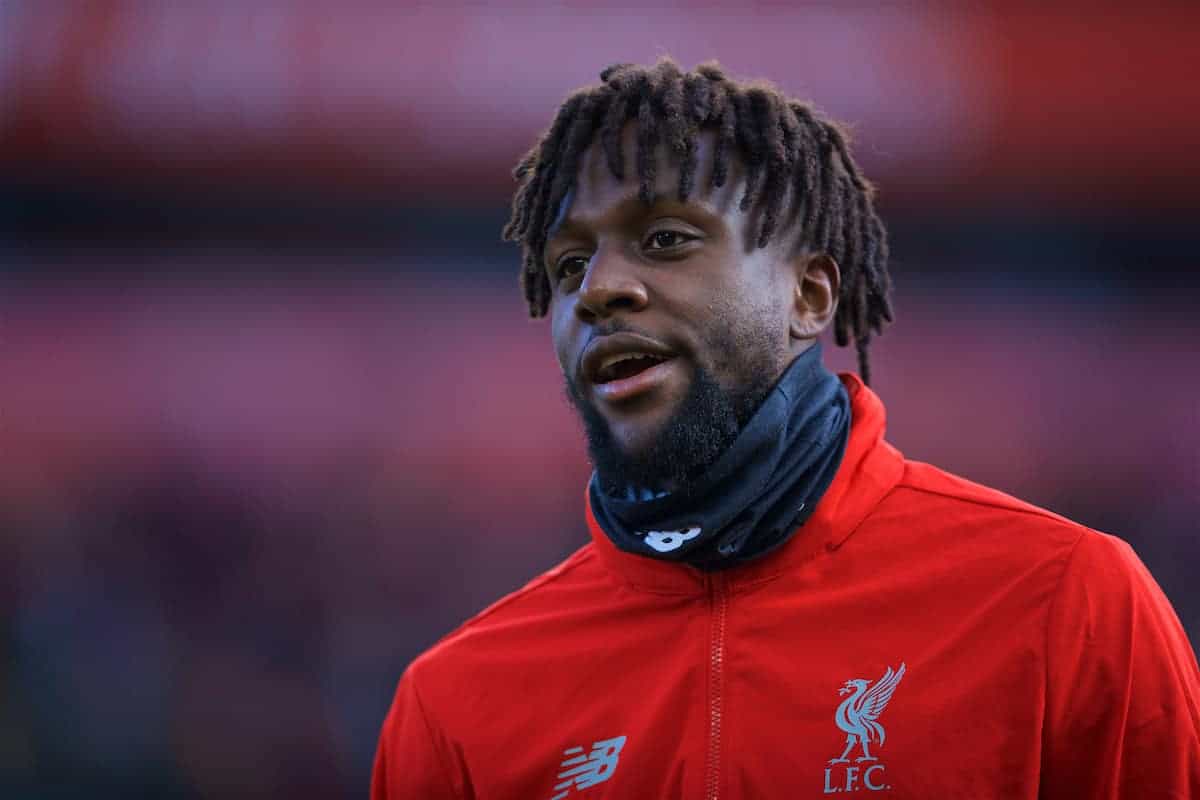 Jurgen Klopp has made two changes to his Liverpool side tonight, as they look to get another win on the board at home to seventh-placed Watford.

The Reds are without victory in two games now, having drawn with both Bayern Munich in the Champions League and Man United in the Premier League, with their opponents’ defensive approach testament to their standing.

But after back-to-back 0-0s, Klopp will be desperate for his side to record another double over Watford, who themselves have been in great form this campaign.

The manager has, again, been forced to consider injury and illness as he weighed up his options for this Anfield clash, and has made two alterations to the lineup from Old Trafford on Sunday.

Alisson starts in goal, making his 35th appearance for the club, behind a back line of Trent Alexander-Arnold, Joel Matip, Virgil van Dijk and Andy Robertson.

Fabinho is poised to anchor the midfield in the No. 6 role, joined by James Milner and Gini Wijnaldum in what is likely to be a 4-3-3 formation.

This leaves Mohamed Salah, Sadio Mane and Divock Origi to take their places in attack, with Roberto Firmino ruled out due to injury.

And on the substitutes’ bench, Naby Keita, Adam Lallana and Daniel Sturridge are possible options for Klopp to change the game.

On his decision to hand Origi his third start of the season, Klopp told the club’s official website the Belgian “deserves it,” adding that his “training attitude is brilliant.”

Watford, meanwhile, are unchanged, as Troy Deeney and Gerard Deulofeu continue their partnership up front after scoring all five of the goals in their 5-1 win over Cardiff last time out. 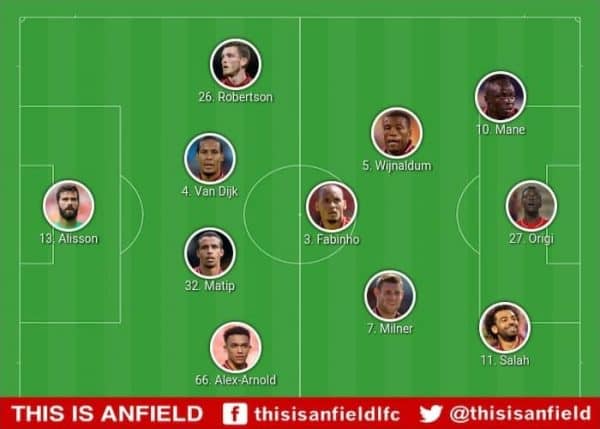