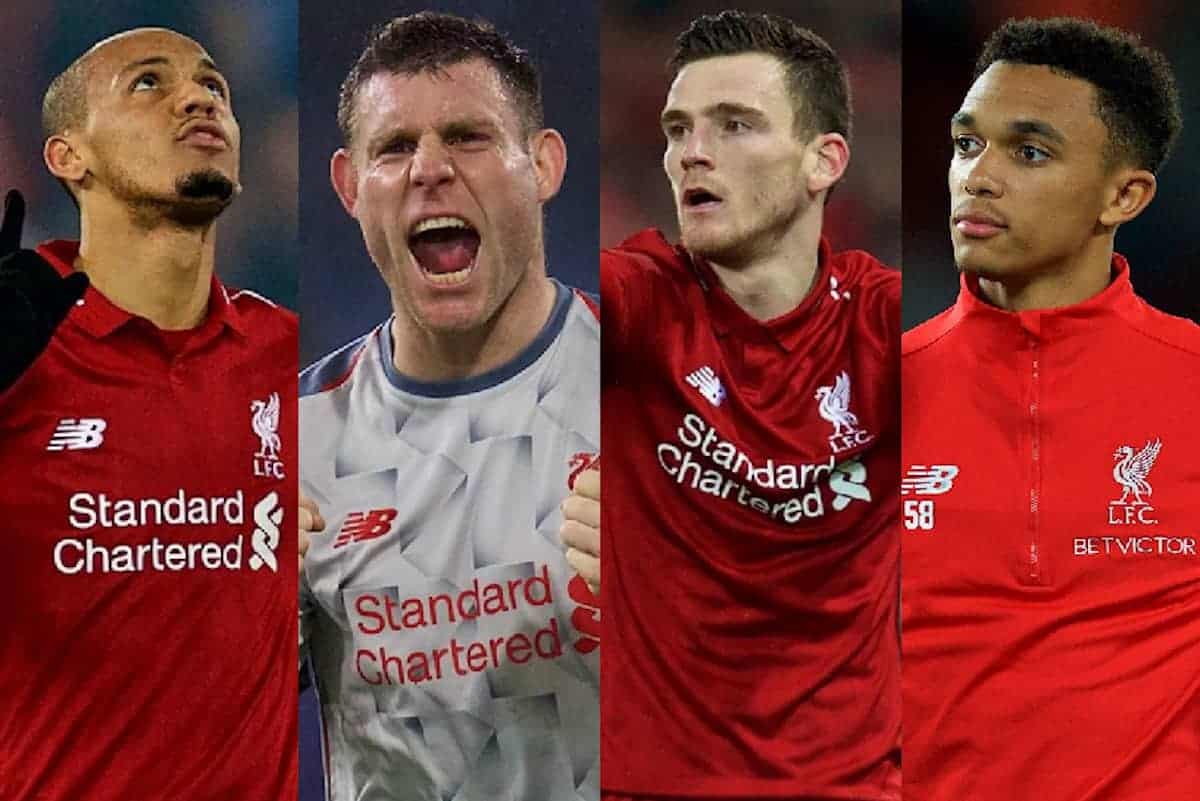 We round up the latest Liverpool news and transfer rumours on Wednesday, as the Reds continue to be put through their paces in Marbella.

Reds Pair Back in Training

Fabinho and James Milner missed Tuesday’s training session in southern Spain, but the pair were back alongside their teammates on Wednesday.

Training session in ??. Keeping up the work! #LFC #YNWA pic.twitter.com/85klIUF8p7

The return of Fabinho in particular is beneficial, with the Brazilian the likely option to play at centre-back against Bayern Munich next week.

Gini Wijnaldum missed out again as he continues to recover from illness, but Jurgen Klopp had an otherwise fit squad available.

Dejan Lovren hasn’t flown out to Spain, though, staying at home to recover from a hamstring issue.

Liverpool will be without the suspended Virgil van Dijk for their Champions League last-16 first leg clash with Bayern Munich next Tuesday.

Another key man now walking a tightrope is Andy Robertson, with the left-back one yellow card away from missing the next match, having already picked up two this season.

Bookings aren’t wiped out until after the quarter-finals, so the Scot will have to tread carefully over both legs against Bayern.

Alberto Moreno up against Arjen Robben in Munich, hopefully not! 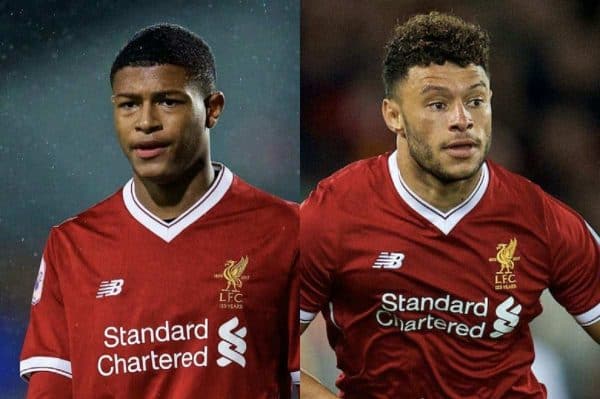 Speaking to LiverpoolFC.com, Trent Alexander-Arnold has highlighted the boost returning pair Alex Oxlade-Chamberlain and Rhian Brewster have given the rest of the squad, as they near their comeback after long-term absences:

“It’s something that lifts the spirits massively.

“You see them every day in the treatment room, you see them around, and I think everyone just instinctively asks them how long they think it’s going to be now.

“It probably gets a bit tiring for them to be able to put an exact date on it because they are long-term injuries that you’re not sure when exactly you’re going to be back, but they’ve both shown they can push their bodies to the limit and get back as soon as possible.”

Alexander-Arnold also singled out Brewster for special praise, having had to deal with a serious injury at such a youthful age:

“A lot of credit needs to go to him at such a young age. He hasn’t played with the first team much, but he has been put in an environment where he is in and around the first team but hasn’t had the chance to quite show himself.”

Manuel Neuer has been an injury doubt for next week’s Champions League clash, having injured his thumb in training last month but the goalkeeper now looks set to be passed fit, having returned to training ahead of Friday’s trip to Augsburg.

It is a huge boost for manager Niko Kovac, with Neuer’s vast experience and enduring quality vital on such a big night at Anfield.

Robben and Corentin Tolisso are the only players absent, as Bayern return to somewhere close to a clean bill of health for the trip to Merseyside.

Pedro Chirivella‘s loan spell at Extremadura could be cut short before it has properly begun, according to the Evening Standard‘s David Lynch.

That is due to a dispute with the Spanish football authorities, relating to the midfielder’s registration at the Segunda Division club.

It means Chirivella is still awaiting his debut, with the Royal Spanish Football Federation (RFEF) looking into the issue.

Extremadura will now have to appeal to a tribunal in order to gain clearance for the Liverpool youngster to play.

Chirivella will be forced to return to Anfield if the problem isn’t resolved, but Liverpool seem confident that it won’t come to that.

The 21-year-old has moved to his homeland until the end of the season, as he looks to pick up some much-needed first-team football.