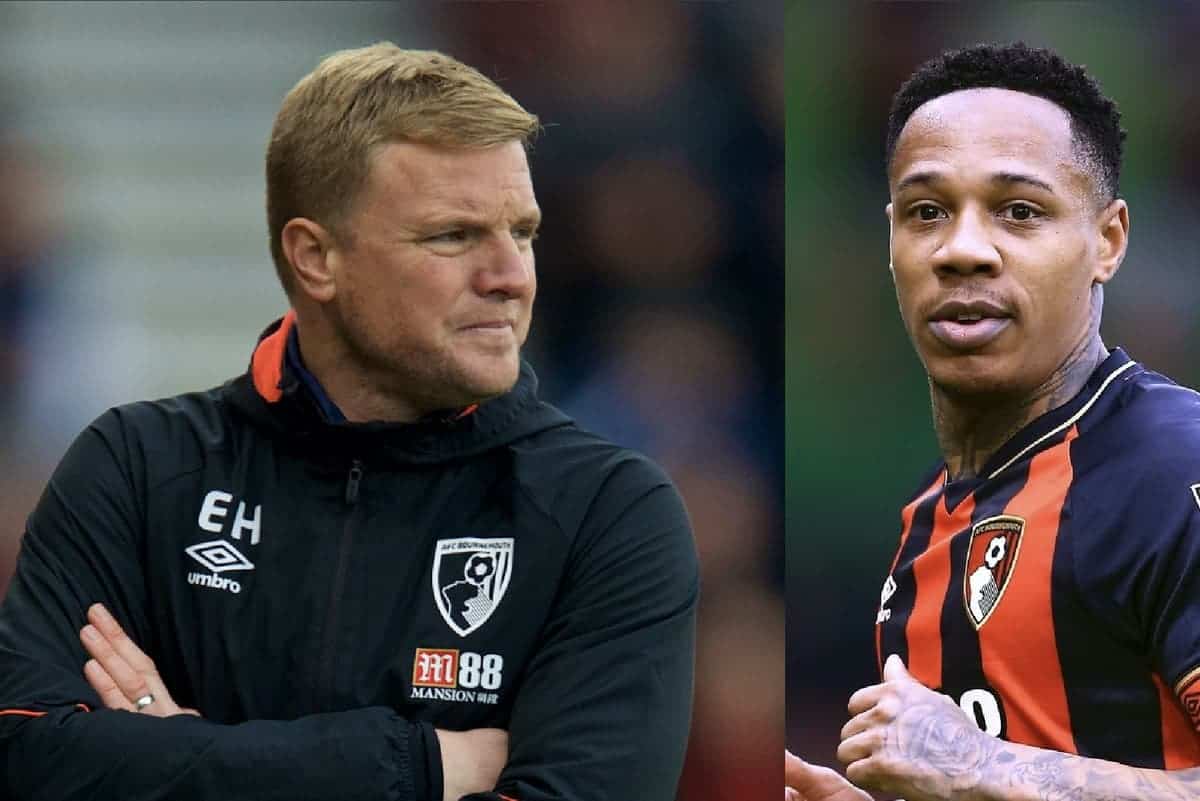 Eddie Howe will be missing three of his key players for Bournemouth‘s trip to Liverpool on Saturday, while another faces a late fitness test on an ankle injury.

The Cherries have not won at Anfield since their promotion to the Premier League in 2015, and have only defeated the Reds once in 14 meetings in their history.

They head to Merseyside in mixed form, having thrashed Chelsea 4-0 last Wednesday only to lose 2-0 to Cardiff City at the weekend, and Liverpool will be hoping the latter turns up.

Jurgen Klopp was given a major boost on Thursday as Trent Alexander-Arnold, Jordan Henderson and Gini Wijnaldum returned to training, ensuring Dejan Lovren, Joe Gomez, Alex Oxlade-Chamberlain and Rhian Brewster are the only absentees.

But Howe is not as fortunate, with the Bournemouth manager revealing the extent of injuries to Callum Wilson and David Brooks at his pre-match press conference on Friday, along with an issue for Jefferson Lerma.

Meanwhile Nathaniel Clyne is ineligible due to the terms of his loan agreement, and Simon Francis and Lewis Cook are sidelined for the rest of the season.

“We are waiting on a fitness test for Jefferson,” Howe told reporters.

“He’s had a niggling ankle injury for a few weeks so has been on and off with his training this week. We will wait and see whether he’s fit.

“David has been to see a specialist and has had scans so I think around the four-week mark for him.

“Callum had a clean-out in his knee so, again, probably around the same mark but we are not going to be able to get them back earlier than that.

“But, in the meantime, I believe we have the squad strength to cover those players.” 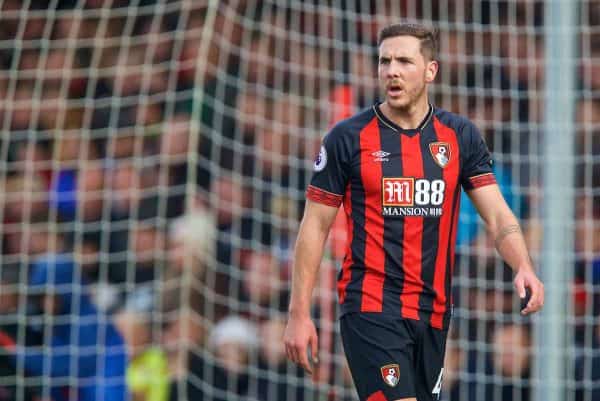 Without Clyne, it could be that Adam Smith shifts back over to right-back while either Charlie Daniels or Diego Rico start on the left, and in midfield Lerma’s place could be again taken by Dan Gosling.

Dominic Solanke made his first start for Bournemouth against Cardiff and struggled up front, but the absence of Brooks and Wilson should see him retained alongside Josh King.

Lys Mousset is another option, along with Jordon Ibe, while Howe could opt for a change of formation.

However, his experiments with a three-man defensive line have already resulted in losses to Chelsea, Man City, Wolves and Man United in the league this season.

Regardless, the 41-year-old insisted he is hopeful of breaking Liverpool’s unbeaten record at Anfield, saying “we tend to look at these things as a nice thing to do, to try and write new history for the club all the time.”