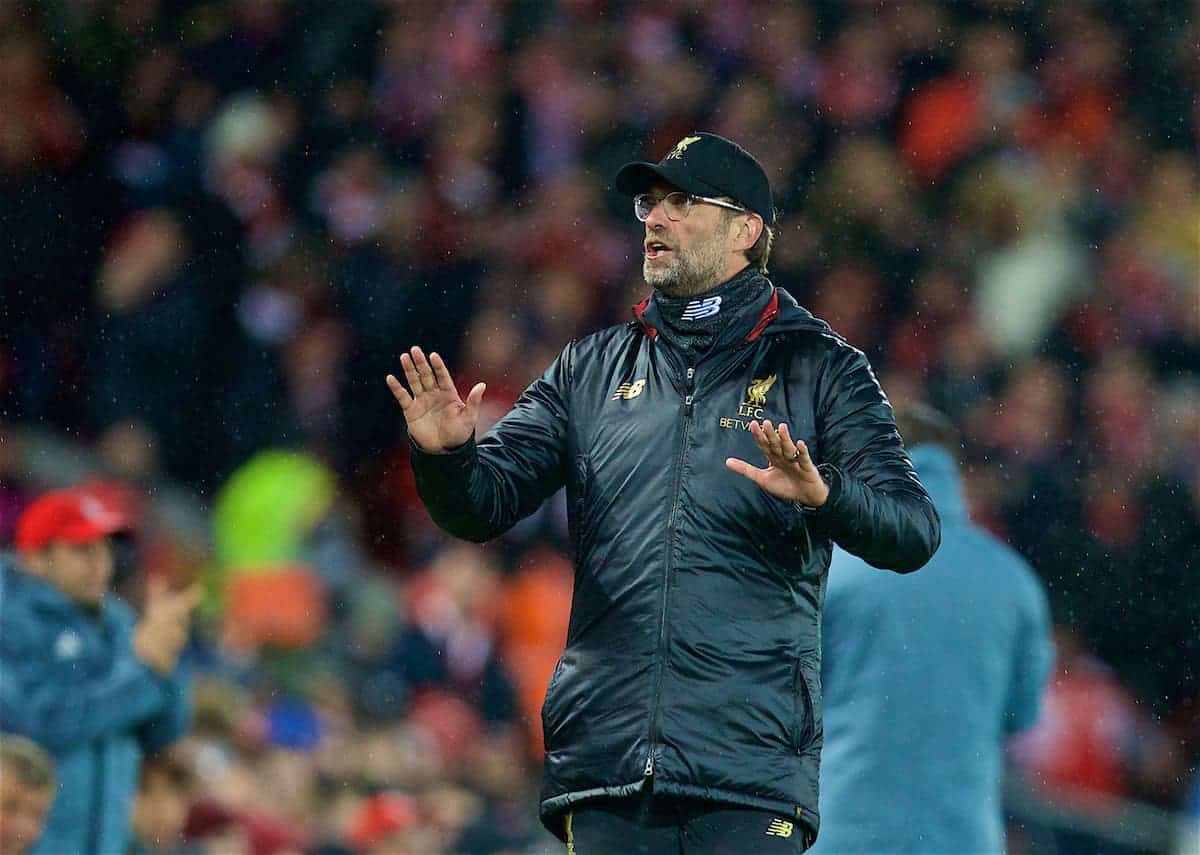 Liverpool boss Jurgen Klopp admitted the 0-0 draw with Bayern Munich at Anfield was not the result the Reds hoped for.

The much-anticipated Champions League last-16 first-leg clash failed to live up to expectations as the two sides battled out a stalemate that was low on entertainment.

Klopp, whose team managed just two shots on target, said afterwards: “It is not the result or the game we dreamed of.

“[There was] a big ballyhoo before the game and then not really a lot of things happen in the game. But it was an intense one. You saw the respect both teams had for each other.

“[Bayern] made life a bit uncomfortable, obviously. But in the first half we still had the chances and, as it always is, a goal would have changed the game a bit.

“Our problem tonight was, on one hand, the quality of the opponent and on the other hand our last pass was not our friend.

The second leg in Munich is on March 13, and Klopp added: “I am pretty sure that Bayern in this moment feels a bit better than we do, but we have three weeks and day by day the result will feel a bit better for us and a bit worse for Bayern because it’s a 0-0 and it’s the best draw you can get.

“It will be a tough one again to play at Bayern if you need a result. But if we win tonight 1-0, what would have changed really? Then a 0-0 is enough, that’s pretty much all. If we draw 1-1—that’s now enough as well.

“So—not perfect, but good enough to work with.”

Klopp rejected the suggestion that the problem with the final pass was in any way a result of there having been 10 days between this contest and their previous game.

“We still feel like we are proper in the competition, but we have to show that in three weeks.”