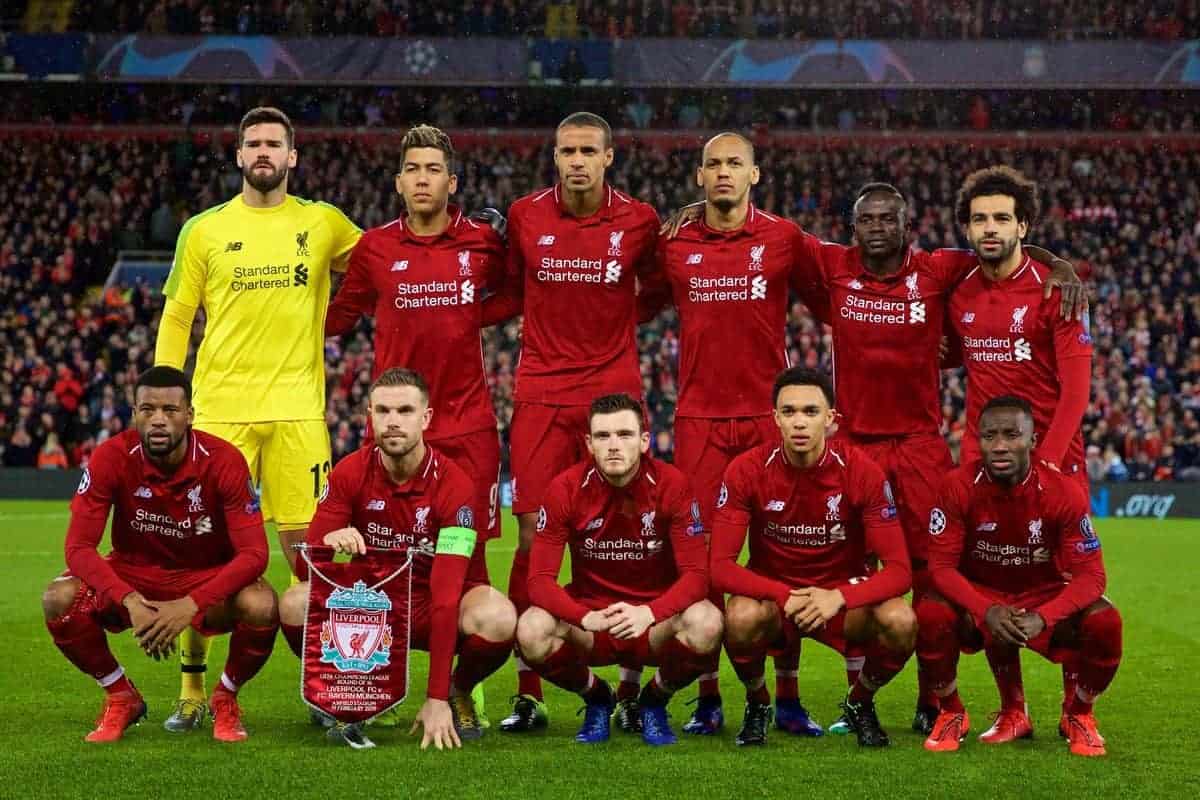 Liverpool kept an important clean sheet in the first leg of their Champions League last-16 tie against Bayern Munich, but a 0-0 draw leaves work to do.

Was hit by Joel Matip‘s wild clearance early on, and though it went straight at him and he knew little about it, it was great positioning from the Brazilian.

There was a dicey moment shortly after which put Matip in trouble, perhaps payback for that earlier incident…

He nudged a Serge Gnabry shot wide which was going out anyway and played a couple of neat balls out from the back, but not as many as we’re used to from him.

Looked a lot like Manuel Neuer in both style and stature, which is a good thing. 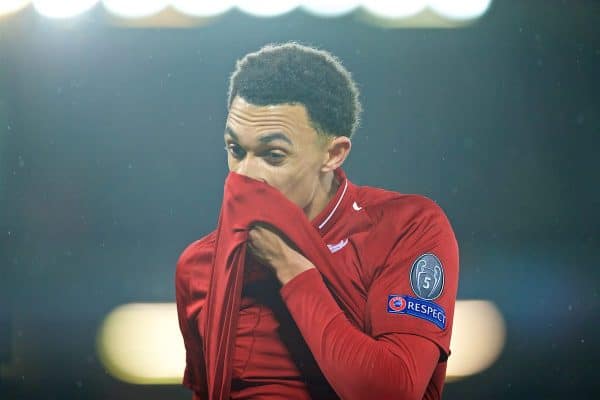 Made a good cross to Mohamed Salah as a failed clearance ended up at his feet.

Generally good in defence up against Kingsley Coman and then for a short time against Franck Ribery later in the game.

Got into some good positions in attack but his delivery wasn’t the best. Maybe should have chosen to shoot on some occasions.

That said he did make four key passes and three interceptions, both squad-highs for Liverpool.

Showed some decent pace against Coman early on, but was put under pressure by Alisson and couldn’t deal with it, trying some kind of flick which didn’t come off.

Missed a chance from Roberto Firmino‘s cross in the first half, then spooned one over from the edge of the area in the second.

There was a good intervention to turn the ball over for a corner ahead of Robert Lewandowski, and a couple of good moments defensively in the second half.

His worst moment was probably a pass which went straight out of play, but did well to be part of a unit which kept a clean sheet against a team which rarely fail to score.

It was a big ask to play out of position up against one of the best modern-day centre-forwards, but Fabinho performed admirably.

Lost a few headers early on but soon began to hold his own against Lewandowski and work him out.

He made an important tackle on the No. 9 at the start of the second half, and made another great tackle on Coman later in the game.

This game looked set to be a Robertson-Kimmich showcase down the left, but neither were at their best.

The Liverpool man did well enough in defence, other than heading waywardly into a dangerous area at one point, but like Trent on the other side he wasn’t composed enough in attack.

One of the few moments he looked like his usual self almost led to the first goal, but Sadio Mane‘s header from his cross was saved by Neuer. 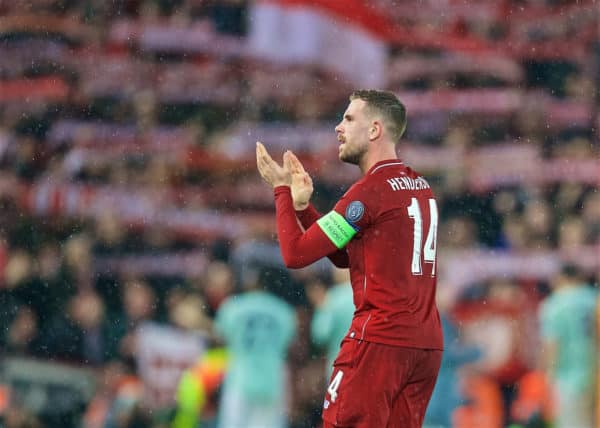 Played a nice ball over the top for Salah early on, but the winger couldn’t quite get a good shot away after bringing it down.

Made sure the team won throw-ins which weren’t theirs with some good appeals to the linesman.

The captain won the ball back in a couple of key moments after Liverpool had given it away.

Booked in the second half and seemed to go into his shell after this, but it was still a good 90 minutes overall.

Strong against Javi Martinez: the only way they could stop him early on was by fouling him.

Got in Salah’s way during one dangerous attack in the second half, but other than that he was generally solid, just not clinical in attack.

Tailed off towards the end of the game and made a few wasteful passes, but remains the most consistent midfielder in the squad.

Getting into it. Even tried an overhead kick in the first half but it drifted harmlessly wide.

Unpredictable, in a good way, and looked like the player most likely to make something happen going forward.

His deflected shots led to a couple of chances, but he was taken off with 15 minutes to go.

Put a header wide at the far post in the first half from Trent’s cross. It looked like a decent chance, but maybe it wasn’t that easy to control.

Was tackled by Wijnaldum during one dangerous moment in the Bayern penalty area, which was something he could have done without in a game of limited chances.

He also struggled to make any for himself against Mats Hummels and David Alaba.

Missed a great chance when a blocked shot landed at his feet. He dragged his left-footed effort wide.

Attempted what looked like the most out of control overhead kick, but it ended up closer to the goal than his earlier effort.

Made a good connection with a Robertson cross but it was saved at the near post by Neuer.

Was getting into good areas but struggling to do good things once there.

Good cross into a dangerous area, but unfortunately it was Matip in said area.

Linked play well and created a few chances, but was taken off at the same time as Keita in the second half.

Made a strong tackle seconds after coming on, and it was his link up with Robertson which led to that good chance for Mane.

Slotted into the middle of the front three but offered little. 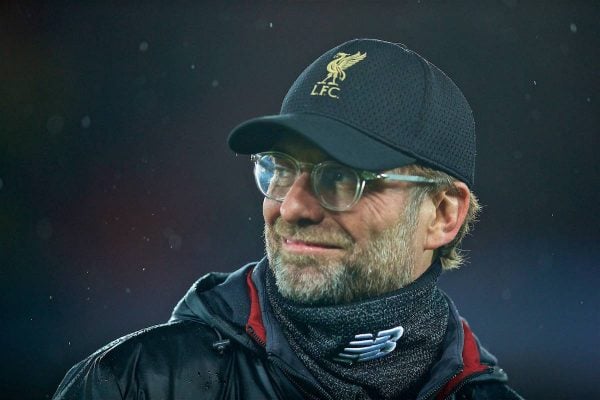 It was a good team selection using Wijnaldum and Keita on the sides of a midfield three, and using Fabinho in place of Van Dijk was the best thing the manager could have done in the circumstances.

He might have brought Xherdan Shaqiri off the bench to try to win the game, and you could argue that the pair who came off—Firmino and Keita—had looked the most like creating something going forward, but Firmino had been ill the night before.

0-0 against Bayern isn’t the worst result, and to prevent them from scoring for the first time since October, with a makeshift defence, is good going.