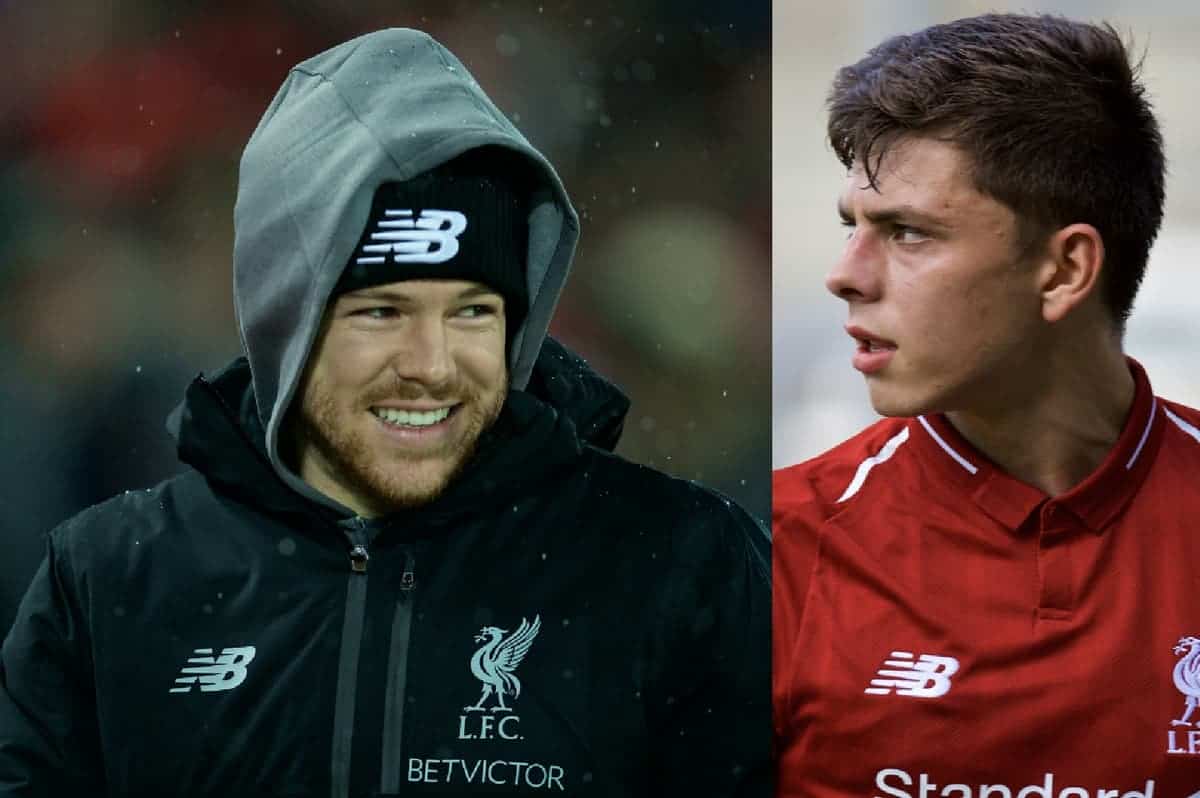 Liverpool may have tied down Alberto Moreno‘s replacement for the long term, with academy left-back Adam Lewis agreeing a new contract with the club.

Moreno’s deal expires at the end of the season, and despite holding preliminary talks neither party seems eager to finalise an extension.

This will therefore see the Spaniard leave the Reds on a free transfer at the end of June, after five years at Anfield, during which he has so far amassed 141 appearances.

Given the form of Andy Robertson, this comes as little concern in terms of Moreno’s on-field influence, though he can be considered an important member of the squad, particularly in helping the likes of Alisson and Fabinho to settle.

Robertson has missed just four games this season, with two of those coming in the FA Cup and League Cup, with his impeccable fitness and endurance proving key attributes.

For this reason, Jurgen Klopp would be forgiven for opting for a youthful backup for the Scot next season, and that is widely believed to be Lewis.

And fortunately, the club have confirmed that the 19-year-old has put pen to paper on a new long-term contract, as his development on Merseyside continues.

It had been suggested that Lewis’ deal was also due to run out at the end of the campaign, though whether this is accurate is unclear.

But agreeing new terms is certainly a sign that Liverpool could be planning for his future in the first team.

Only George Johnston (24) has made more appearances for the U23s this season than Lewis (21), while the versatile youngster has also captained the U19s in all six games in the UEFA Youth League.

He has operated in a variety of roles, including in midfield and even further forward in attack, but Lewis’ most natural position at this stage is at left-back.

The Scouser is similar to Robertson in terms of his approach, and speaking to LiverpoolFC.com in January, after making the move up to first-team training on a regular basis, Lewis identified the No. 26 as a role model.

“He’s arguably the best left-back in the world right now and I look up to him as my inspiration because obviously I want to do what he is doing,” he said.

“The energy he gives to the team is massive and he is a really big part of our club.

“He is always coming over to me and helping me out. I know Trent well and Andy is close to him as well.

“Andy is a good person to have around because he gives you the advice you need which is great for me playing in the same position as him.

“I look up to him and think what can I do better because he plays every game for our first team.”

Fellow youngster Paul Glatzel is also believed to be close to signing a deal, with this being the striker’s first professional contract.