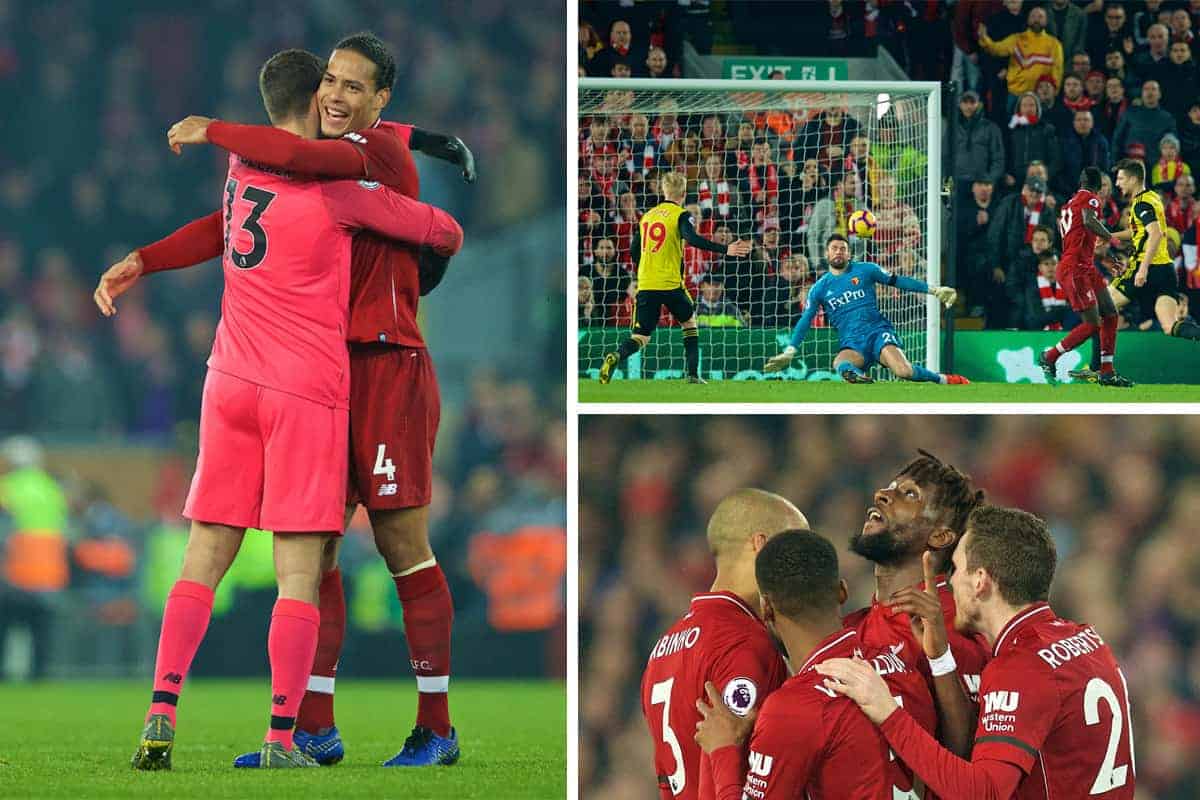 It was a game Liverpool needed to win and they did it in emphatic fashion, producing an outstanding display to secure a 5-0 victory over Watford.

After a goalless 180 minutes against Bayern Munich and Man United it was imperative that the Reds once again found their scoring touch at Anfield.

It didn’t take long for the crowd to see just what mood Jurgen Klopp‘s men were in.

James Milner charged down a loose ball from Ben Foster on three minutes, the ball almost looping into the Anfield Road end net.

Six minutes later the Reds had the lead. Trent Alexander-Arnold fired in the first of a hatful of sublime crosses and Sadio Mane was on hand to head the ball home.

Fast-forward a matter of 10 minutes and the two linked up again, Mane eventually backheeling into the net.

The Senegal international managed to chip Foster with his improvised shot after originally mis-controlling inside the box.

As half-time approached Liverpool looked like a side recharged and re-energised after a week of tough fixtures.

Fabinho was controlling the midfield like a general and showed exactly why the Reds pushed so heavily for him in the summer.

After missing the game at Old Trafford, Alexander-Arnold put in perhaps his best 45 minutes seen in a red shirt.

By full-time that would be extended to the best performance as a Liverpool player so far.

Unlikely starter Divock Origi repaid the faith shown by Klopp in picking him ahead of Daniel Sturridge and Xherdan Shaqiri.

Squeezing a shot inside Forster’s far post made the game safe and the points all Liverpool’s.

However, the rout wasn’t yet complete, and as the lyrics go “watch him defend and we watch him score”—twice.

Virgil van Dijk rose like a salmon twice in quick succession to grab his first Liverpool brace, and with it a new Premier League record.

Liverpool became the first side to score at least five goals in three successive Premier League home games against the same team. 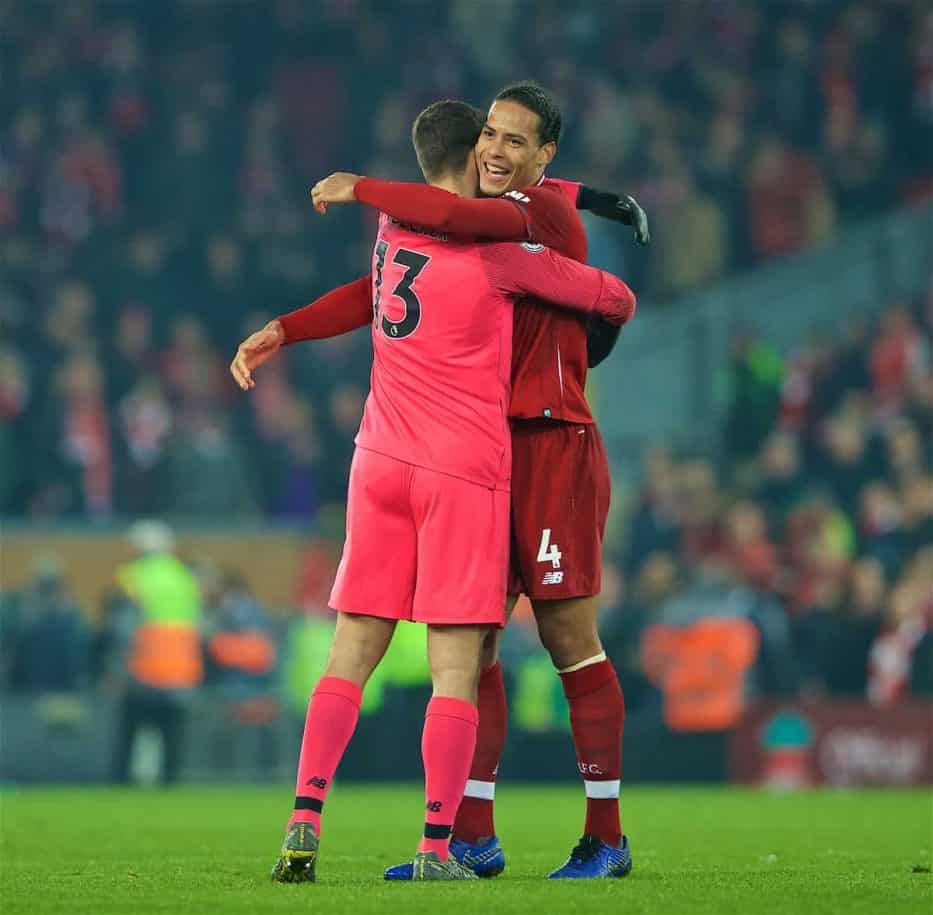 Kudos should be reserved for goalkeeper Alisson.

The Brazilian was a spectator for large parts of the fixture but two big saves showed just why Liverpool lashed out a world-record fee on him.

The clean sheet is just as important to the shot-stopper as any goal in the opposite end. 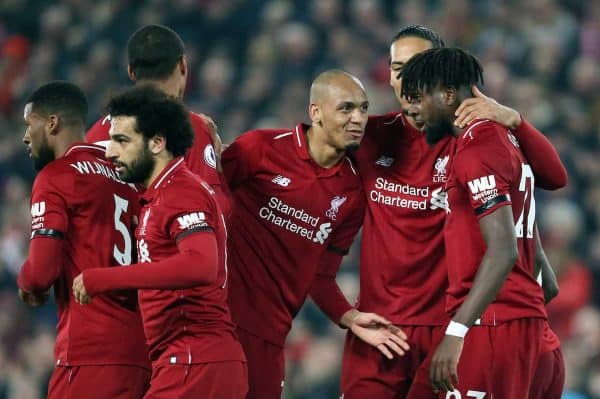 On the whole, it was a performance not seen since December. Liverpool looked dangerous on the attack while remaining calm in defence.

Just the tonic needed to wave goodbye to a difficult February. Everton await the Reds in the 233rd Merseyside Derby on Sunday.