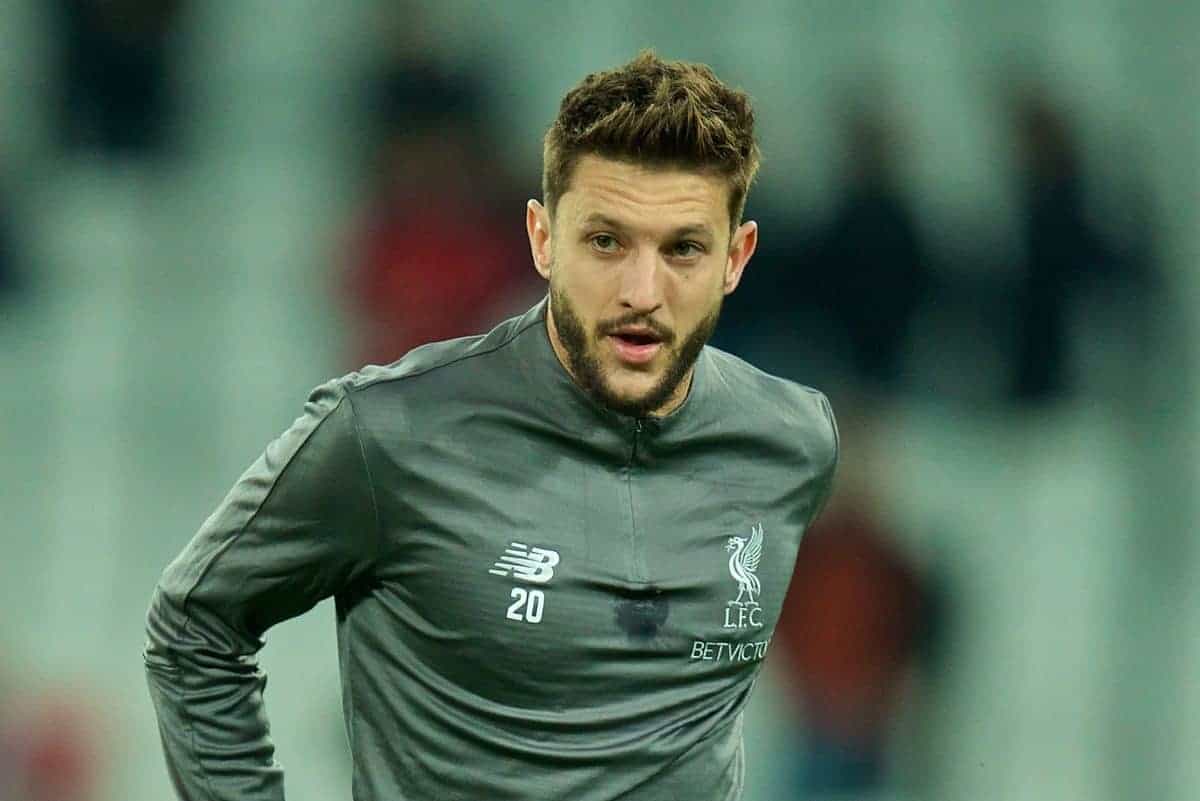 Roberto Firmino has returned to the Liverpool starting lineup as Jurgen Klopp makes two changes for this afternoon’s Premier League clash with Burnley.

The Reds are back at Anfield for another league game, having thrashed Watford 5-0 last time out at home, and after Man City‘s victory over the same side on Saturday another win is essential.

Klopp’s side head into this tie four points behind the league leaders, and playing after City could increase the pressure on the challengers.

But the manager has been boosted by the increasingly positive fitness of his squad, and has named an impressive starting lineup for today’s 12pm kickoff.

Alisson starts in goal for his 30th appearance in the Premier League, supported by a back four of Trent Alexander-Arnold, Joel Matip, Virgil van Dijk and Andy Robertson.

In midfield, Klopp looks to have opted for a three-man unit, with Fabinho joined by Gini Wijnaldum and Adam Lallana in a 4-3-3 formation.

With Firmino fully fit to start, the Brazilian lines up alongside Sadio Mane and Mohamed Salah in attack.

Among the options from the substitutes’ bench are Naby Keita, Xherdan Shaqiri and the returning Dejan Lovren. 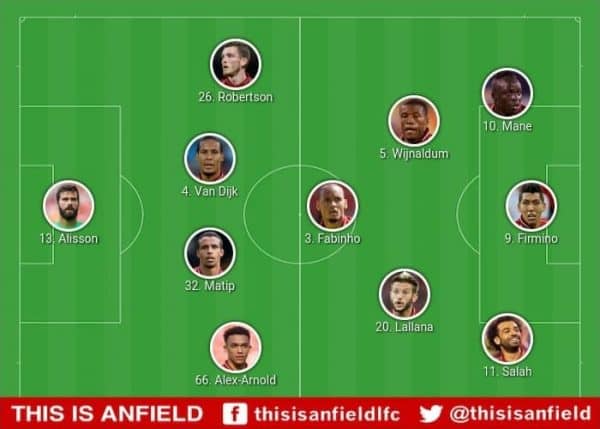