Jordan Henderson has spoken of how he uses the frustrations of going close to major trophies previously to continue driving on toward success.

The Liverpool captain has been incredibly close to having an impressive, trophy-laden career—but by virtue of small margins, his honours list stands at just one League Cup triumph.

That came in 2012 with the Reds, when he played an hour of the final, but since then he has lost the 2016 League Cup final, the 2016 Europa League final and the 2018 Champions League final—as well as being a Premier League runner-up in 2014 and reaching the 2018 World Cup semi-finals.

A succession of close-calls might frustrate and diminish the spirit of some, but Henderson told reporters that he uses the “motivation” from those moments to try and go one step further.

“I think it always stays with you, those moments,” he said, speaking ahead of England’s Euro 2020 qualifiers.

“It gives you even more motivation to keep going, keep wanting to be in that position again to make it right, and go that final step really.” 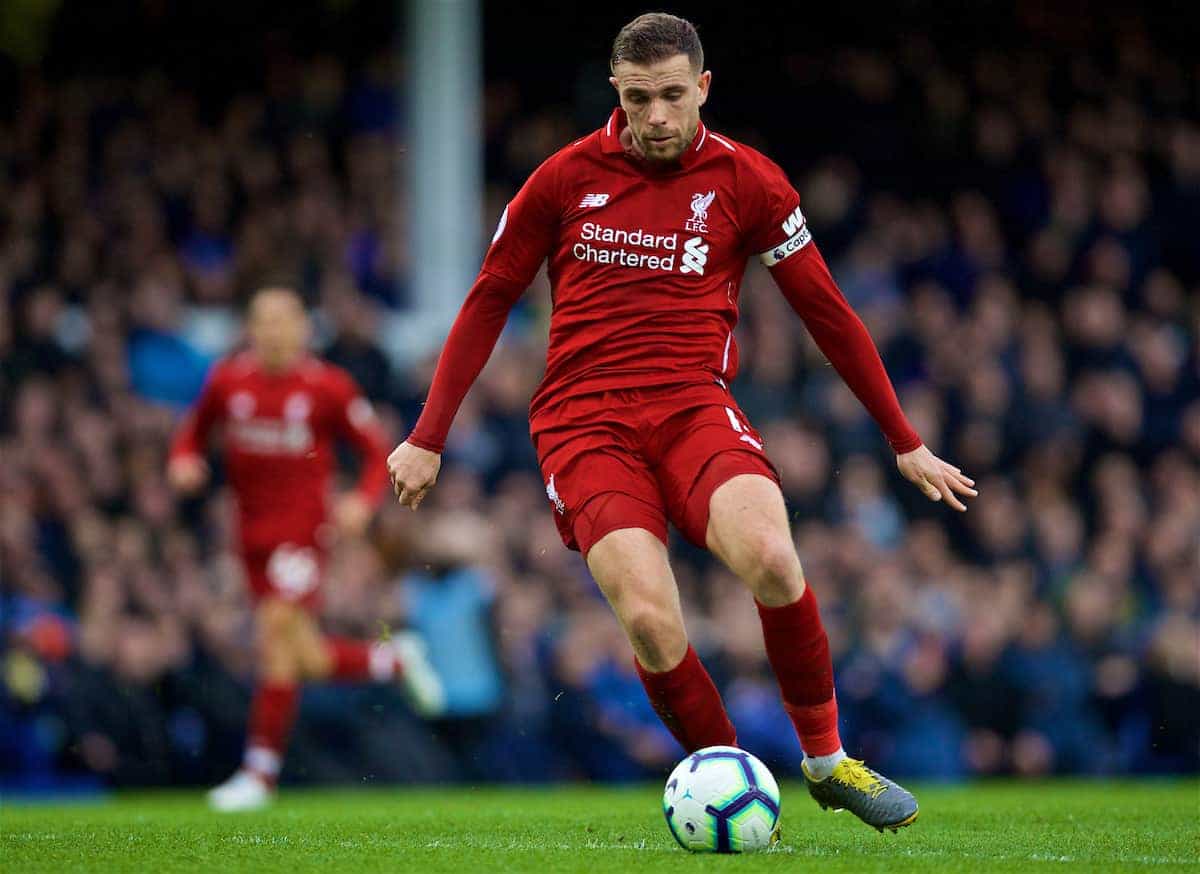 At club level, there can sometimes be splits among the fanbase as to whether Henderson would make a so-called “Best XI” but the truth is he is part of a squad which is built to compete.

The No. 14 is typically selfless when discussing the route to those lost finals, saying how it instead should be seen as a team-wide benefit rather than something he personally holds onto.

“It’s definitely an extra motivation that I use. Maybe I had a little taste of it playing in finals but I haven’t really managed to win the big trophies, and now that’s the next step really.

“When you’ve got players that have been in that situation before, of experience, big games, semi-finals, finals, big competitions, then it’s good for the team – especially to be able to help the younger lads cope with bigger occasions and give them a little bit of experience on what to expect.

“The more players you have playing in those finals, the better really.”

And that should be the key for Liverpool: the squad is one which, while alterations happen, is largely being assembled by Jurgen Klopp to remain in place for several years.

The boss has suggested this won’t be the only time this team challenges for major honours, and Henderson remains right in the midst for this year’s push.