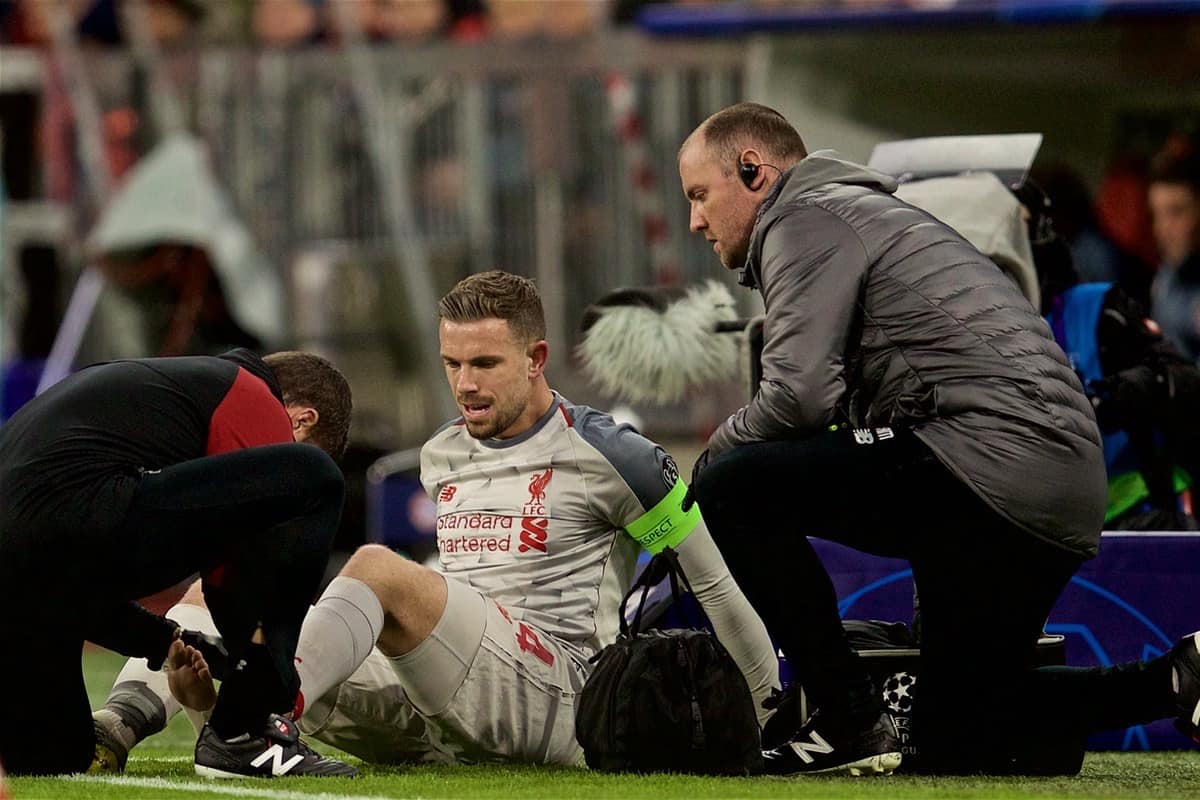 Jordan Henderson was forced off early on against Bayern Munich but Jurgen Klopp believes it should hopefully not prove too problematic an injury.

The skipper was handed a start in the holding midfield role ahead of Fabinho in the Allianz Arena, but lasted just 13 minutes before hobbling off.

After initially receiving treatment and trying to continue, Henderson had to be replaced, with the Brazilian replacing him and James Milner taking over the captain’s armband.

An unfortunate challenge and landing led to Henderson turning his ankle and the boss intimated it was entirely Henderson’s choice to come off, as he couldn’t fully control his movement.

However, the boss remains optimistic that it won’t be a long-term injury for Henderson, with Liverpool needing all their players available for the run-in.

“Losing Hendo so early with a twisted ankle [was not good], hopefully, it’s not too serious,” Klopp told BT Sport after the match.

“He couldn’t stop [his own movement] anymore, he tried it.

“[It was] not too cool, so we had to make the early change.”

The Reds have four days before their next match, away to Fulham, before a run of games after the international break against Spurs, Southampton and Chelsea.

Klopp will hope to have almost a full squad to choose from by the time that set of fixtures rolls around, including Henderson.