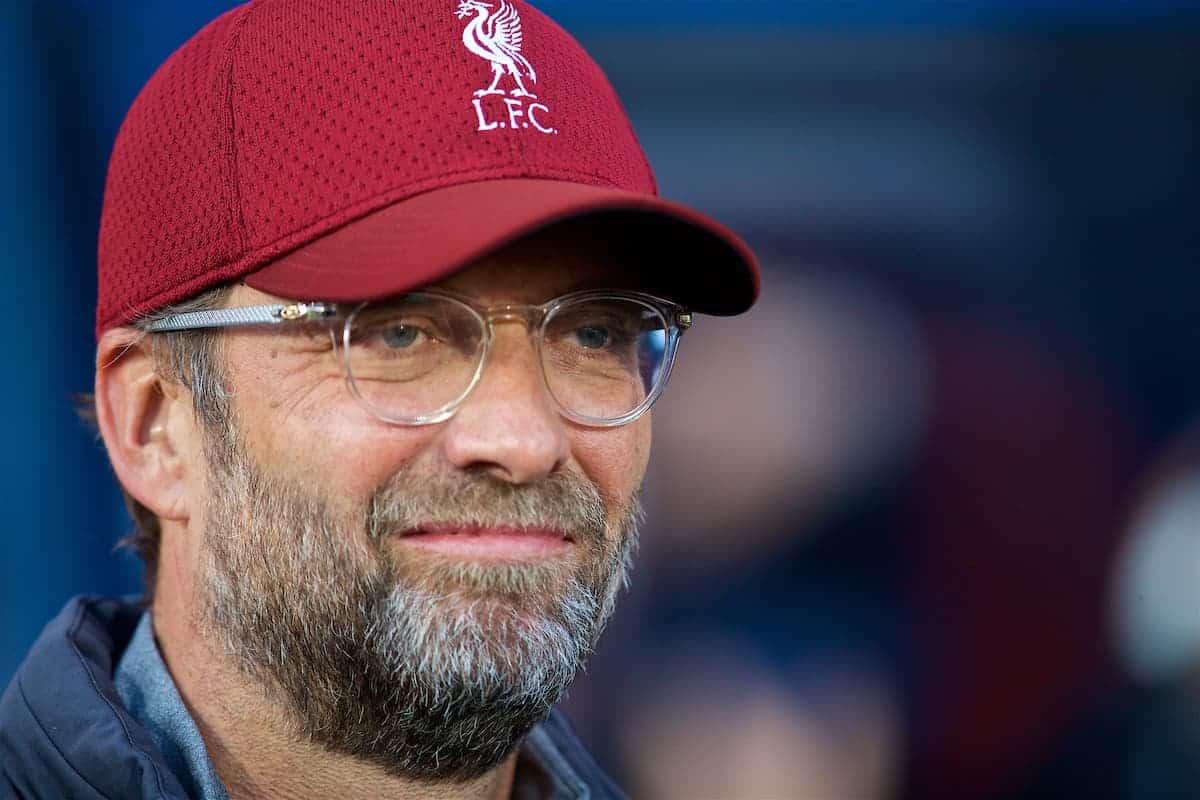 Liverpool manager Jurgen Klopp insists his players have not struggled with the pressure of a title race so he does not expect rivals Manchester City to suffer either.

The Reds can return to the top with a two-point lead if they beat Fulham on Sunday, leaving Pep Guardiola’s reigning champions to play catch-up as they are involved in the FA Cup against Swansea.

But even with just eight Premier League matches left Klopp does not believe a win at Craven Cottage will exert that much pressure as he has seen first hand how his players have coped.

“Psychologically we didn’t struggle because we are not ahead of them any more and it doesn’t change,” he said.

“Being ahead of City is not that important but we have a game at the weekend and we want to win that game.

“Obviously we are then ahead but it doesn’t mean a lot. The game in hand for City is [Manchester] United, for sure not an easy one, but it is not decided at the weekend because of that.

“All the stories will be written but we will accept these stories because it would mean we would have won the game, which is difficult enough and the only thing we think about.”

Klopp was speaking before the draw for the Champions League quarter-finals was made which pitted them against Porto, regarded as the weakest side remaining in the competition.

City have drawn domestic opposition in Tottenham but that, in itself, puts a different perspective on their April schedule.

They have a run of games in which they play Spurs three times (once in the Premier League) and Manchester United in the space of a fortnight.

And with Liverpool’s confidence boosted by their 3-1 midweek win over Bayern Munich in Germany, Klopp does not expect his side to let up.

“We have been in that situation for a while, it’s not that we change our mood constantly, we are focused on the season,” he said.

“The season means for us that we have to play two competitions—on Wednesday it was Champions League, from now on for a couple of weeks it’s Premier League.

“We were always focused and we will stay focused, that’s all that I will say. It’s not that we were surprised about ourselves that we can beat Bayern. Stay in that mood and everything will be fine.

“We try to be as long as possible in the tunnel to really focus on the football game and if there is something to celebrate at the end of the season we will be the first to celebrate, but until then let’s play football.”

With Liverpool still fighting on two fronts, Klopp’s critics who say he has to win something after losing three finals during his reign will only get louder.

Not that the manager hears them.

“You can’t imagine how [little] I’m interested in that. I never thought about myself in that [way],” he said.

“My job is to do everything I can to help the team that we can be as successful as possible. I’m not searching to be remembered in 50 years or whatever people speak about me.

“I am not interested in who judges me. God judges me one day and that is the only thing I am interested in. What other people say about me I couldn’t be less interested.”