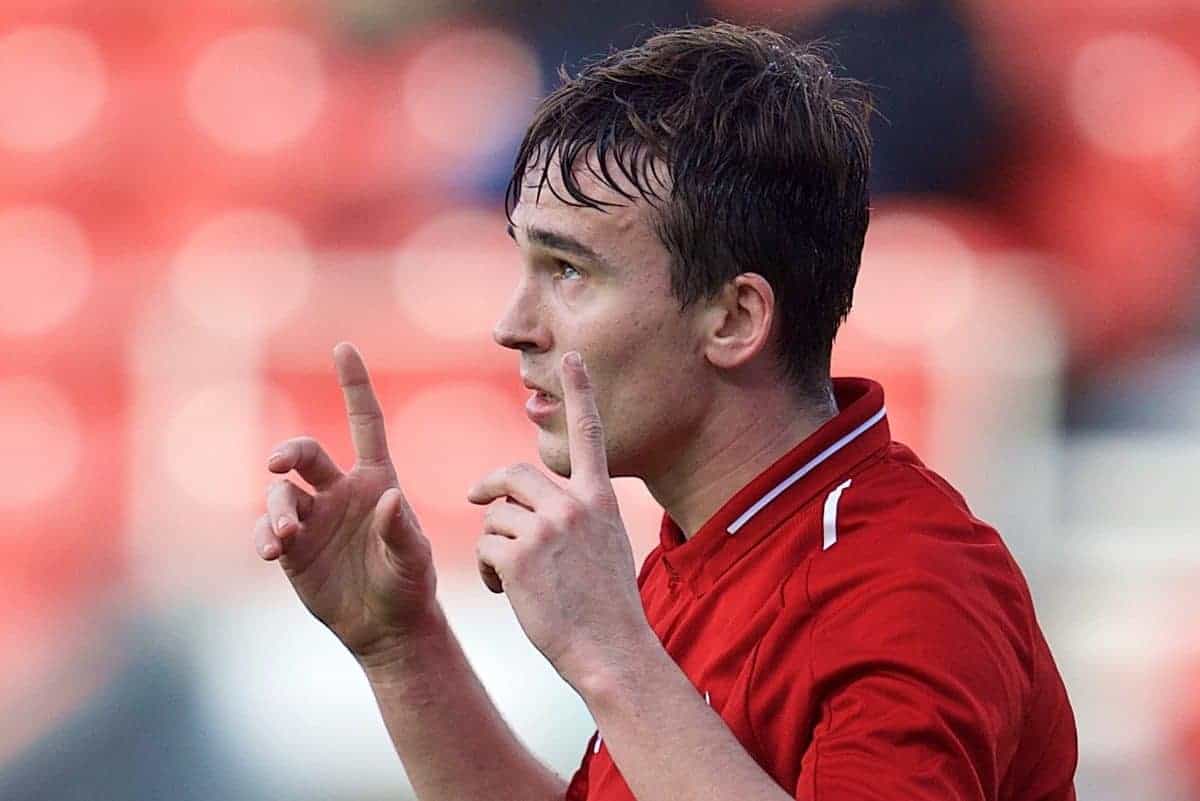 Millar joined Killie for the remainder of the season in January, signing a new long-term contract with the Reds in the process as he set his sights on a future under Jurgen Klopp.

So far, the 19-year-old has been restricted to substitute appearances for Steve Clarke’s side, featuring in all but one Scottish Premiership game since his arrival but only tallying 58 minutes in all competitions.

And before their trip to St Mirren, Kilmarnock were on a run of eight games without a win and five without a goal, after a brilliant start to the campaign that made them title hopefuls.

It looked to be going that way again in Paisley, prompting Clarke to send on Millar and his fellow loanee Conor McAleny on 79 minutes.

With three minutes of normal time to spare, the youngster had found the back of the net, making a bursting run towards the far post to take advantage of space and slide home Eamonn Brophy’s low cross to ensure a 1-0 victory.

This was Millar’s first goal as a senior professional, and wheeling away in celebration in front of the away end it was clear how much it meant to him.

It could also mean a lot to his loan club, who moved back to within a point of third-placed Aberdeen after they held Celtic to a 0-0 draw in Glasgow on Saturday.

Second and third in the Scottish Premiership guarantee a place in the first qualifying round for the Europa League, and this is the target for Clarke.

The league splits into two groups of six after its 33rd game, providing Killie with a chance to prove their mettle against the top sides in Scotland, and Millar’s involvement could be key.

“It was good for Liam, he’s had to be very patient to wait on some chances,” former Liverpool coach Clarke told reporters after the game.

“He’s come up from Liverpool and he has a big career in front of him. It was nice for him to get that goal tonight.

“It will do his confidence the world of good and he’s going to play a good part for us between now and the end of the season.” 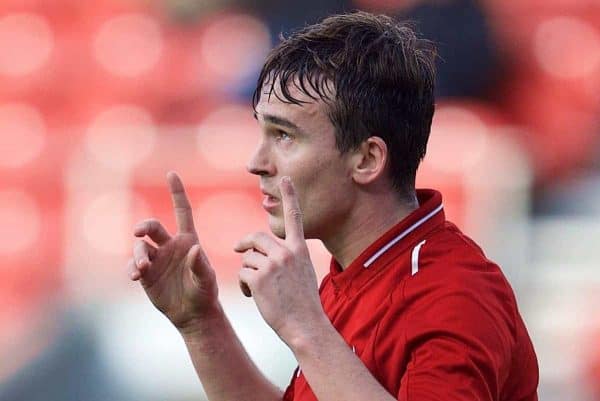 For Millar, it was “an honour” to score his first goal on such an occasion, with the striker telling Killie TV of his appetite for more between now and the end of the season.

“[The manager] said just keep being patient and your opportunity will come and like tonight when I got the chance in the box then I put the game away,” the Canada international said.

“It’s an honour for me to score my first goal especially up here at Killie.

“I’m just looking forward to hopefully scoring many more as the season goes on.”

Elsewhere on Monday night, Kamil Grabara made his fifth consecutive start on loan at AGF Aarhus, and despite making some strong saves was left with a 2-1 defeat to OB.