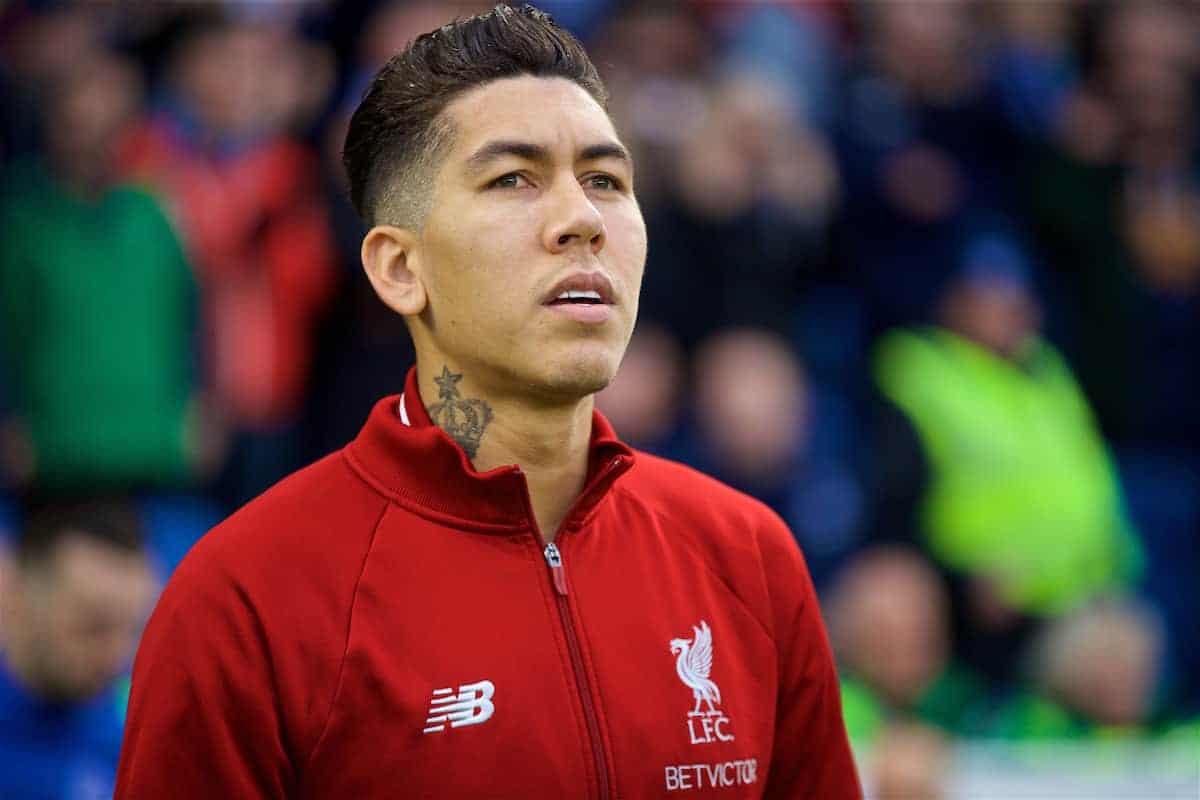 Jurgen Klopp is still unsure whether Roberto Firmino will be available for Liverpool at Everton, but the striker is “very positive” on making his return.

Firmino missed the 5-0 win over Watford in midweek due to an ankle problem picked up against Man United, with Divock Origi taking his place in the lineup.

The Belgian scored from his left-sided role, while Sadio Mane netted a brace after moving to centre-forward, which suggested Liverpool are able to thrive without their first-choice striker.

Regardless, having Firmino back for the 233rd Merseyside derby would be a big boost, and it is likely he would start if he is deemed fit.

That remains unclear, with Klopp telling reporters at Melwood on Friday that the Brazilian is “very positive” about the injury, but “that’s his nature,” and his availability would be left down to the club’s medical staff.

“He was out there running yesterday, but we have to see how he reacts,” he explained.

“I will see him in a few minutes for the first time since yesterday.

“He is very positive, but that’s Bobby’s nature. We have to see.

“I don’t see any other player who would even be in contention after the little problem he had.

“It looks really good, but if he will be ready tomorrow I don’t know.”

If Firmino is unavailable, it could be that Origi keeps his place in a game that he decided with a last-minute winner back in December, though Klopp does have other options.

Xherdan Shaqiri and Daniel Sturridge could come into the attack, while Naby Keita and Adam Lallana are available in midfield, allowing the Reds room for manoeuvre.