Steven Gerrard’s hopes of securing a permanent deal for Ryan Kent at Rangers are fading as the fee Liverpool will demand for the youngster has been revealed.

Kent has been one of the Scottish giants’ standout performers this season, scoring five goals and assisting nine in 37 games since joining on loan in July.

Both player and club have openly discussed their desire to make his stay at Ibrox a long-term one, though Kent explained in December that it was “out of his hands,” with his contract at Liverpool running until 2022.

It seems unlikely his future lies on Merseyside, however, and given his success with Rangers a permanent move could certainly benefit his career.

But according to the Daily Record, Gerrard is “fighting a losing battle” in his bid to keep Kent, both due to interest elsewhere and the valuation of his former club.

They claim Liverpool will ask for up to £10 million for the 22-year-old, which would “torpedo” Rangers’ efforts to secure either a permanent transfer or even a second loan.

An unnamed source is cited, saying Gerrard’s side “have been the victims of their own success,” with the Reds concluding this is “the best time to sell” as “his value is now higher than it has been at any point.”

This has been corroborated by Sky Sports, with the likelihood being that Kent now joins either a lower-level Premier League club or one in the Championship. 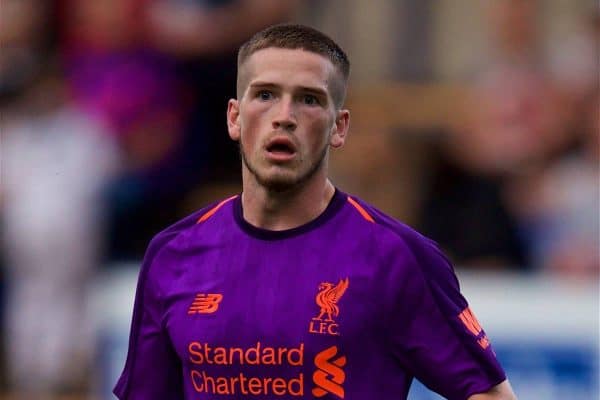 Kent has already taken in loan spells with Coventry City, Barnsley, SC Freiburg, Bristol City and now Rangers, and from a business perspective it would be unwise to sanction a sixth.

And with Harry Wilson the most likely to return to compete for a place in Jurgen Klopp‘s wide ranks next season, selling Kent is feasible.

Liverpool have made a habit of developing young players and selling on for big fees in recent years, with Danny Ward joining Leicester for £12.5 million last summer and Dominic Solanke moving to Bournemouth for £19 million in January.

A £10 million deal for Kent would follow suit, and given his prospects of a first-team role at Anfield this may be the best decision for all parties.