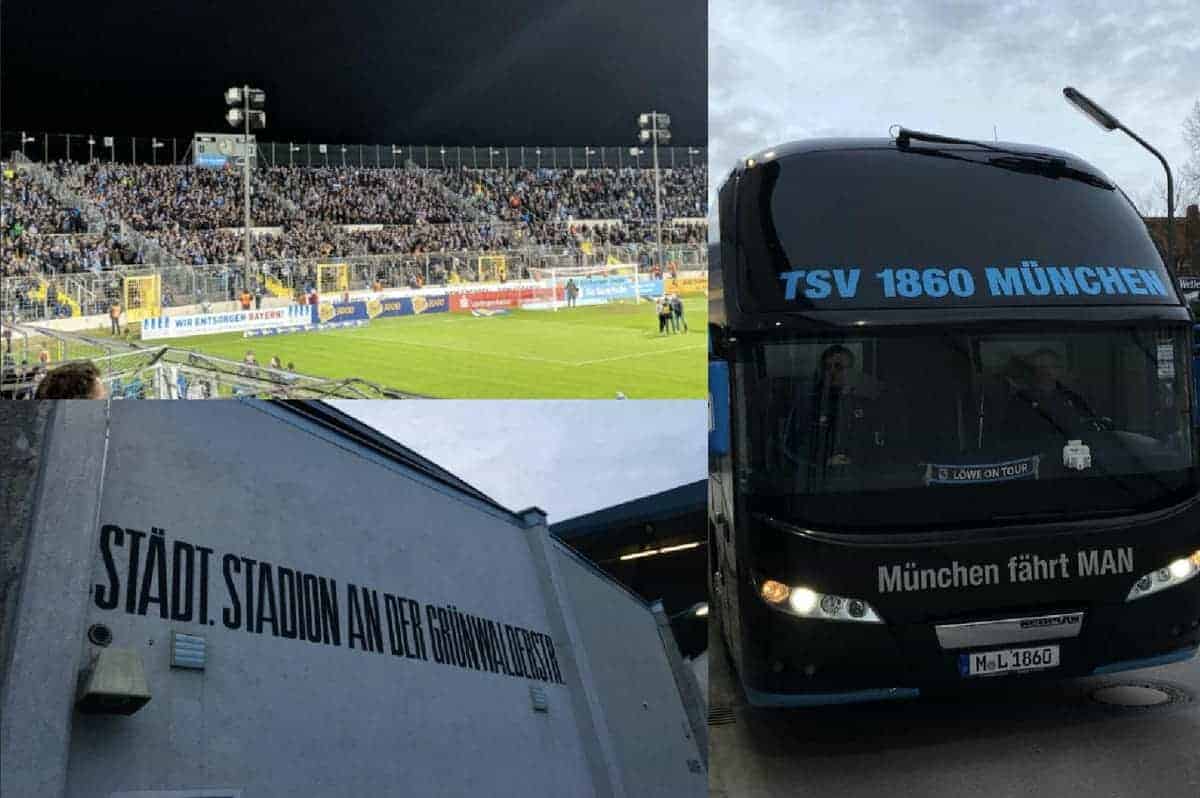 In the capital of Bavaria football is king, but there is more to Munich than just Bayern Munchen. The team that plays in red and blue have city neighbours—dressed in the same colours.

The city is unique, dating back to 1158 it can trace roots from the middle ages, and at one point 800 years ago it was an independent sovereign country.

It is more famous in modern times for BMW, the Oktoberfest festival and of course, Germany’s record champions: Bayern Munich.

However Bayern, like countless famous sides across the globe, pull in their support from across the country. Local neighbours TSV 1860 Munich and SpVgg Unterhaching are based in the suburbs—once home to Bayern themselves.

While the Allianz is located on the outer reaches of the city, next to the Autobahn, their less well-known city rivals play their football in a more traditional setting.

You will have to travel far to find any sort of red welcome in the Lion’s Den these days.

1860 Munich not keen on Bayern pic.twitter.com/4lxcSrYDtN

Although, a number of Liverpool fans were present in the stadium Tuesday evening to watch Munich’s S-Bahn Derby.

The name originates from the close proximity of the two sides, separated by one stop on Munich’s overground rail system, the S-Bahn.

The third-tier derby—Germany’s equivalent of League One—saw 15,000 fans packed inside the Grunwalder. For those unable to get a ticket for this sold-out clash there was always the option of a room with a view.

Pitchside view and then for those without a ticket for the SBahn derby – a flat with a view.. #TSVUHG pic.twitter.com/O80omLzhOP

The fixture was heated, an added-time goal in the first half gave hosts 1860 the victory and there was just about time for a customary derby-day dismissal.

Haching’s Alexander Winkler picked up a double booking in the 90th minute to add insult to injury for the visitors.

The football was watchable, but not as much as those around the sides. 1860 are renowned for their colourful displays on the main home terrace, the Westkurve, but a dispute with club officials meant the derby had just voices and scarfs on show.

The 1860 hierarchy banned drums from the stadium as a response to pyrotechnics at the previous fixture so, in turn, the ultra movement withdrew their famous tifo and flags.

Something witnessed at Anfield not so long ago, the peaceful demonstration may just have worked. 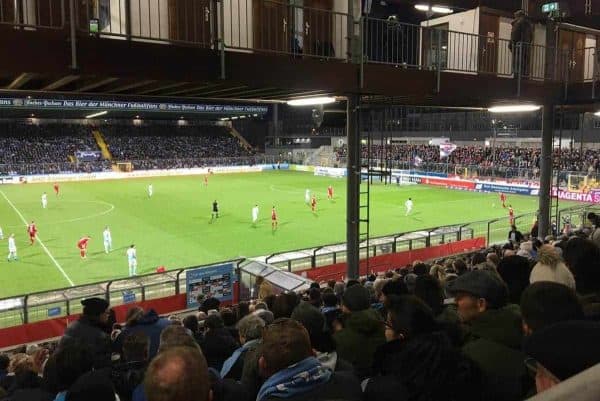 Wednesday morning’s Suddeutsche Zeitung (Munich’s main newspaper) ran the event as headline material and even featured quotes from the 1860 fan groups themselves:

“With this step, we want to show those responsible, that we do not accept everything and that our fanbase is unbreakable.”

Whisper it quietly, but the biggest match to those in Munich this week may have already taken place.