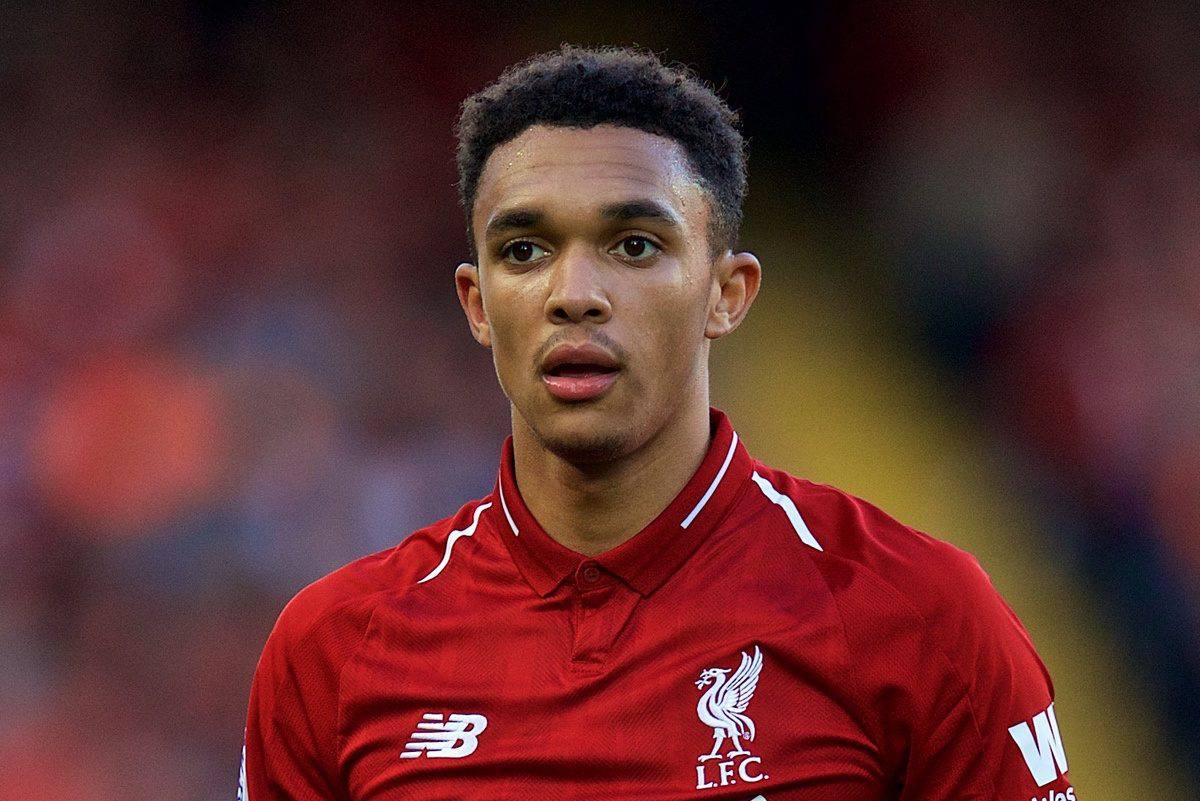 Liverpool right-back Trent Alexander-Arnold has withdrawn from the England squad for Euro 2020 qualifiers due to a back injury.

The 20-year-old had been called up for games against Czech Republic and Montenegro, but has now instead returned to his club for treatment.

A short statement from the FA showed that the injury worry was one he picked up while on duty with the Reds, though there has been a recent improvement.

“The right-back arrived nursing a back injury and, despite progress in recent days, it was unlikely he would be able to play a role in the forthcoming UEFA EURO 2020 qualifiers.

“The 20-year-old will now continue his rehabilitation at his club leaving Gareth Southgate with a 22-man squad.”

It means he’ll be unable to add to his five senior caps earned to-date, but the bigger picture in the coming weeks will be his return to fitness for Liverpool.

Alexander-Arnold went off in the closing stages of the game against Burnley and has been struggling with the issue since then.

Trent has had his fitness carefully managed this year by Jurgen Klopp, knowing that his right-back is critical to the Reds’ attacking play as much as their defensive solidity.

He is added to the group including Xherdan Shaqiri (Switzerland, groin) and Andy Robertson (Scotland’s first game, dental operation) who will miss part or all of this international break.

The Reds are next in action on March 31, against Tottenham, giving Alexander-Arnold almost a full two weeks to recuperate fully from his back complaint.

In the meantime, Joe Gomez should also be fully fit by then, with Klopp having suggested he’d be ready after the international break.

Add in the versatility of James Milner, the youthful promise of Rafa Camacho and even the emergency cover of Jordan Henderson and there’s plenty of choice—but our money remains firmly on a timely return to fitness for Trent!