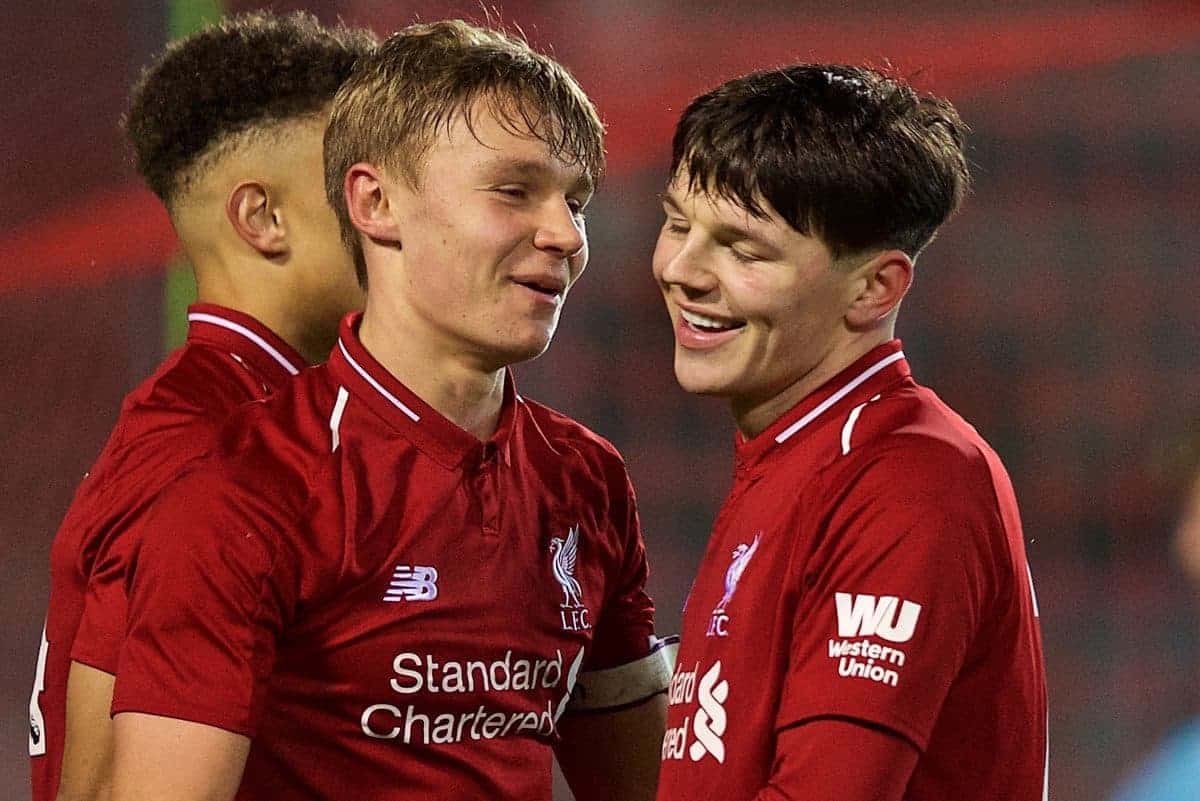 Liverpool’s Under-18s coach Barry Lewtas hopes his players will be inspired by the first team’s Champions League victory over Bayern Munich for their FA Youth Cup semi-final this weekend.

The young Reds host Watford at Anfield at noon on Sunday in a competition they have not reached the final of since back-to-back victories in 2006 and 2007—two of only three cups they have won.

Many of the players suffered their own European disappointment in midweek losing to Dinamo Zagreb on penalties in the UEFA Youth League but Lewtas held up the exploits of Jurgen Klopp’s side in Germany as a reference point.

“We’ve tried to pick them up. It is a big game and I think the boys are now starting to realise,” said the coach, whose side are also challenging for the Under-18s North league title.

“Without overstating it, it’s very similar to the first team. The game against Bayern Munich was huge, they win it and they kick on again.

“We have got to try and ride that wave, embrace the tough game, a semi-final at Anfield.

“We’re not downplaying it. We’ve got to go all guns blazing for this one, and the remainder of our league games as well.

“We try to expose them to big games. We’re not complacent, but we hope we’ve prepared them enough throughout the academy.”