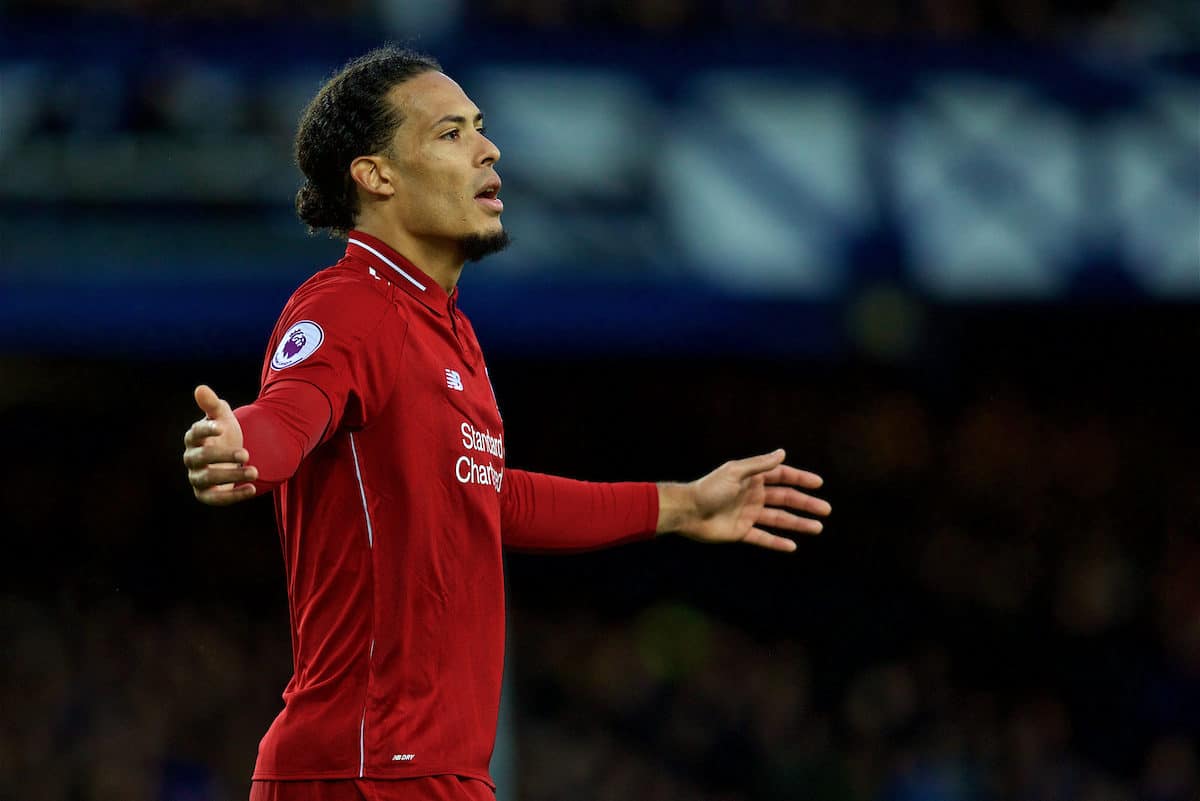 Liverpool drew for the fourth time in six league games in a painfully frustrating afternoon at Goodison Park, suffering a significant blow in the title race.

Mohamed Salah failed to convert excellent chances in both halves, while the second-half performance was ragged as Liverpool constantly misplaced simple passes in the final third.

Everton put in a determined display and could have snatched the victory as the players fed off the hostile atmosphere.

Here’s how Liverpool fans reacted to the performance.

Poor initial touch from Salah narrowed the angle for himself. Really should’ve done better and made use of the fact Pickford stayed on his line for so long. What a chance.

In such a high stakes game and during a high-flying season, Mohamed Salah has absolutely got to score that chance. We can't afford to miss such clear-cut opportunities.

“Is it only me who feels Salah has been awful lately?”

Could really do without Salah’s touch being appalling.

A horrific performance from Salah this. Simply not good enough in a game where you need the main men to stand up.

“He telegraphed that shot. So poor by Mo’s high standards.”

Klopp’s choice of substitutes baffled many…

Lallana on for Mane when chasing a goal. Really, Jurgen?

All on Klopp here, two of the worst subs I've ever seen

“Bringing on Milner over Shaqiri was laughable.”

Jurgen Klopp has had another mare.

Such bad management. Bad selections & bad subs are losing us this league.

Van Dijk was one of the few to receive plaudits…

Van Dijk is the only player that can walk away from that game with his head held high, outstanding performance as usual from him.

We are nothing without Van Dijk. He might as well manage us.

We need a team of Virgil Van Dijk's. Rest of them have lost their heads & let it all get to them. Klopp too – selections/subs in recent weeks been so costly

Van Dijk plays football like an older brother taking the piss against his little brother's mates. Effortless in everything he does.

The familiar nature of the performance left many hugely frustrated…

Scrappy, limited, horrible match. Classic ugly derby. Could probably count on two hands how many passages of play went by without the ball in the air. Huge blow, but desire must be drawn from this. Reds far from out. #LFCdigest

“Our attacking limitations were horribly exposed there.”

“How can we go from looking like world beaters on Wednesday to this just four days later?”

Disappointing 2nd half. Not sure we tried enough to win. Our subs made us progressively worse, Everton's made them progressively better. Big 2 points dropped for me. #LFC

Now we can only hope that other teams put in as much effort against City as Everton did (unlikely though that is).

“Simply not good enough if you want to win the title.”

If you want to keep up with this brilliant City side, you can’t miss the chances we did today.

Strange subs from Klopp. Van Dijk is the best player in the league. #LFC #EVELIV

Maybe chasing will suit us. We obvs don’t like the pressure. One point behind isn’t the end of the world. #LFC

Well, all those fans who obsess over City’s results now have genuine reason to continue doing so.
Lead given away. Was it hard? Yes. But was it possible? Without doubt. Now? Well, now you have to hope for favours.

4 draws in last 6 league games, simply not good enough when City are going at the rate they're going at. Awful 2nd half performance in particular, woeful number of misplaced passes, and really bizarre subs made it worse, if anything. Really uphill battle now.