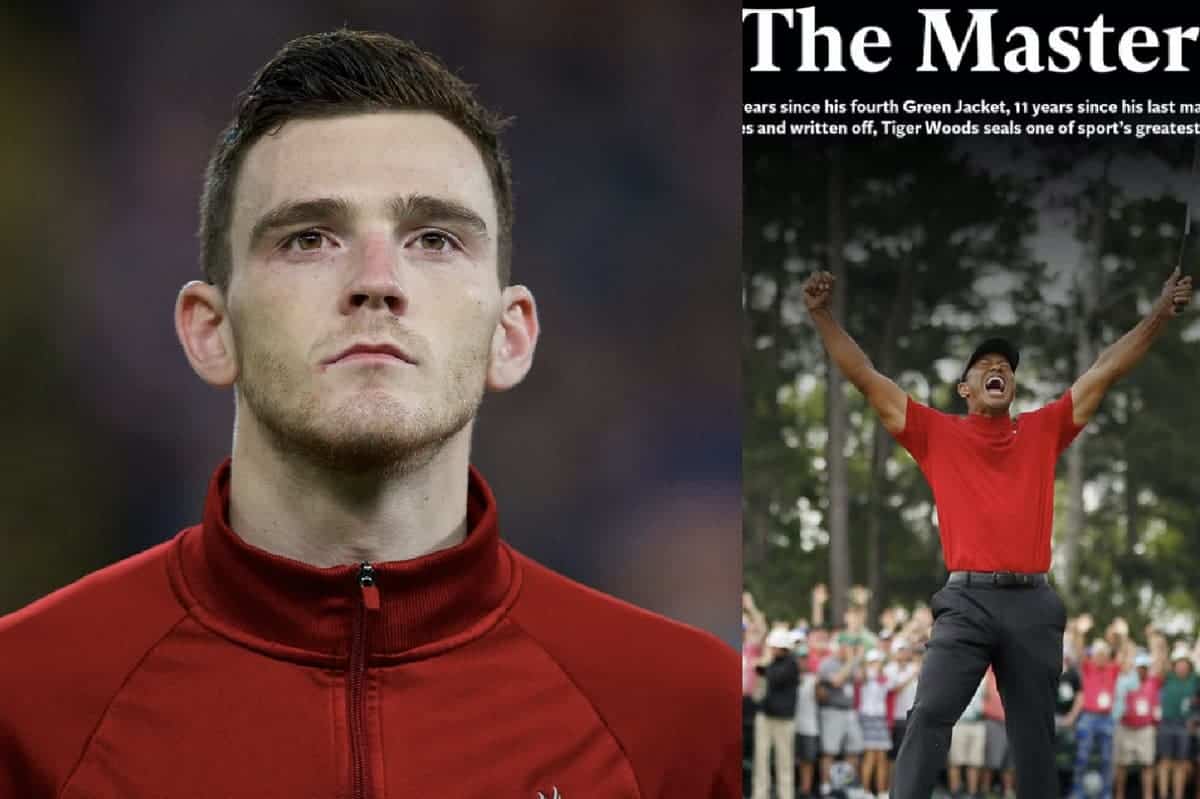 Liverpool’s players underlined their focus is on this season’s Premier League title bid by watching the Masters golf rather than rivals Manchester City’s victory over Crystal Palace.

Pep Guardiola’s side briefly returned to the top of the table with a 3-1 win at Selhurst Park after kicking off two and a half hours before the Reds’ 2-0 defeat of Chelsea at Anfield.

It is a scenario which will occur in the next two rounds of fixtures as City will again play before Liverpool.

But defender Andy Robertson said the players have become well-versed in blocking the outside noise.

“We had the golf on. I wanted Tiger to win it,” said the Scotland captain.

“I was watching it with James Milner in the treatment room. I’m sure some of the lads were aware of the City score but it wasn’t something we spoke about.

“We didn’t know the City result beforehand but because we hadn’t heard anything we just guessed they had won.

“This is the first time a lot of us have found ourselves in a position like this and you have to enjoy experiences like this.

“I think we’re all enjoying it. You saw that with our performance against Chelsea.

“Hopefully, we’ll be celebrating come the end. But we know there’s a lot of hard work still to be done.”

While much of the talk has been about City winning a quadruple this season, Liverpool are still chasing a Premier League–Champions League double.

They head to Porto on Tuesday with a 2-0 advantage to take into their quarter-final second leg.

“We want to go as far as possible in the Champions League and we’re taking it right to the wire in the Premier League, whether we win it or not remains to be seen,” added Robertson.

“We want to win every competition we’re in and we’ll go flat out for both but we know how hard it’s going to be.

“Every game is so big at this stage of the season. Every team is fighting for something and there’s a lot more pressure on you.”

Merseyside Police are investigating after a flare was thrown shortly after Sadio Mane scored Liverpool’s opener against Chelsea.

“Following this officers received reports a young Chelsea fan, believed to be nine years old, had been taken to the first aid centre where he was treated by St John Ambulance staff after suffering a panic attack as a result of the flare,” said a Merseyside Police statement.