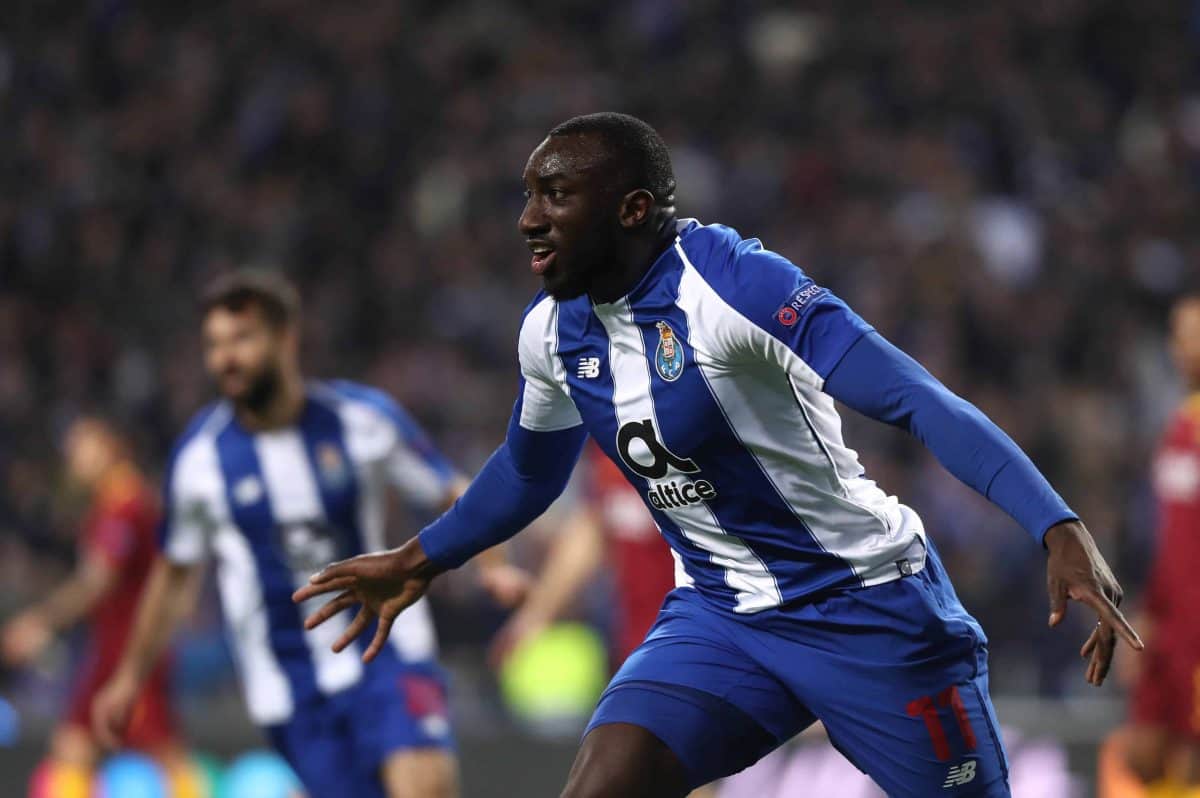 After a great run of Premier League results, Liverpool now once more turn their focus to the Champions League and quarter-final opponents FC Porto.

Three successive late league wins have been the tale of the tape for the Reds since their last venture into European action, when they saw off Bayern Munich at the Allianz Arena in the last 16.

Jurgen Klopp and his team now know the route to the final they must take if they want to emulate, or hopefully better, last season’s achievement.

But before any thoughts of what may come ahead, a stern test is presented in Portuguese side FC Porto, who themselves come into the first leg at Anfield on a fantastic run of form.

While Reds supporters were biting their nails then wildly celebrating on Friday night, Porto fans were enjoying a derby atmosphere—and more straightforward victory.

City rivals Boavista were the visitors to the Estadio do Dragao, currently placed 13th in the 18-team Liga NOS.

Porto, as might be expected, dominated the encounter and ran out 2-0 winners, with goals just either side of the break from Tiquinho (penalty) and Otavio.

The scoreline gave manager Sergio Conceicao the chance to remove a few players early ahead of the first leg in Europe, with key names Jesus Manuel Corona, Tiquinho and Danilo Pereira all being subbed off. 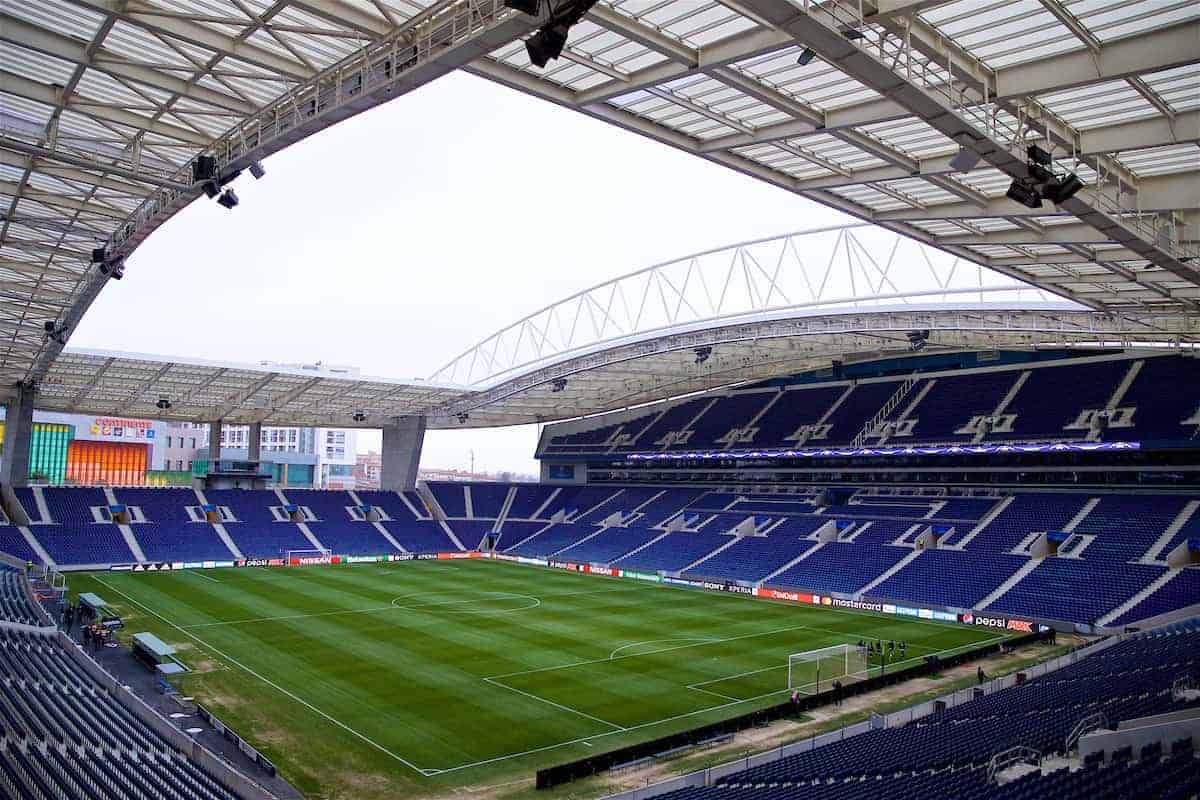 That victory leaves Porto top of the Primeira, three points clear of arch-rivals Benfica having played a game more—a remarkably similar situation to that in which Liverpool find themselves.

Since the last 16 first leg, which Porto lost to Roma in mid-February, the Dragons have won eight of 10 in all competitions.

The other two saw them lose to Benfica and draw in the cup with Braga—a second leg result which was enough to see them through to the final, where they will face Sporting CP.

While the overall strength of the league might not be the highest in Europe, Porto’s last three fixtures have certainly prepared them for a battle against Liverpool: league and cup away to Braga, the fourth-best side in the league, and Friday’s derby. 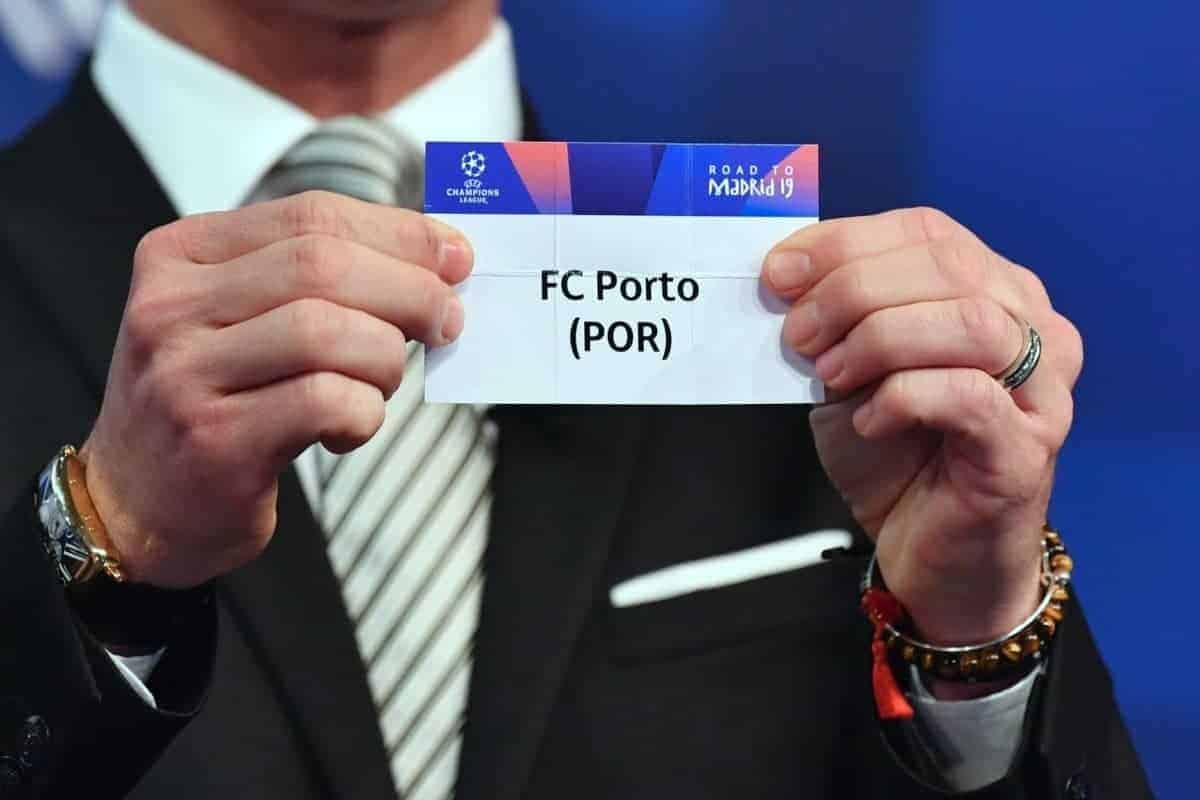 Porto have won six, drawn one and lost one in the Champions League this season.

The draw came on the opening group stage night, 1-1 at Schalke, but they won home and away against Galatasaray and Lokomotiv Moscow and took top spot accordingly.

As mentioned earlier, a 2-1 first-leg loss at Roma looked like their undoing in Europe—but a superb second-leg display saw the tie forced into extra time.

Just three minutes before the game would have gone to penalties, Porto’s attacking impetus paid off as they were awarded a spot-kick of their own; Alex Telles sent them through. 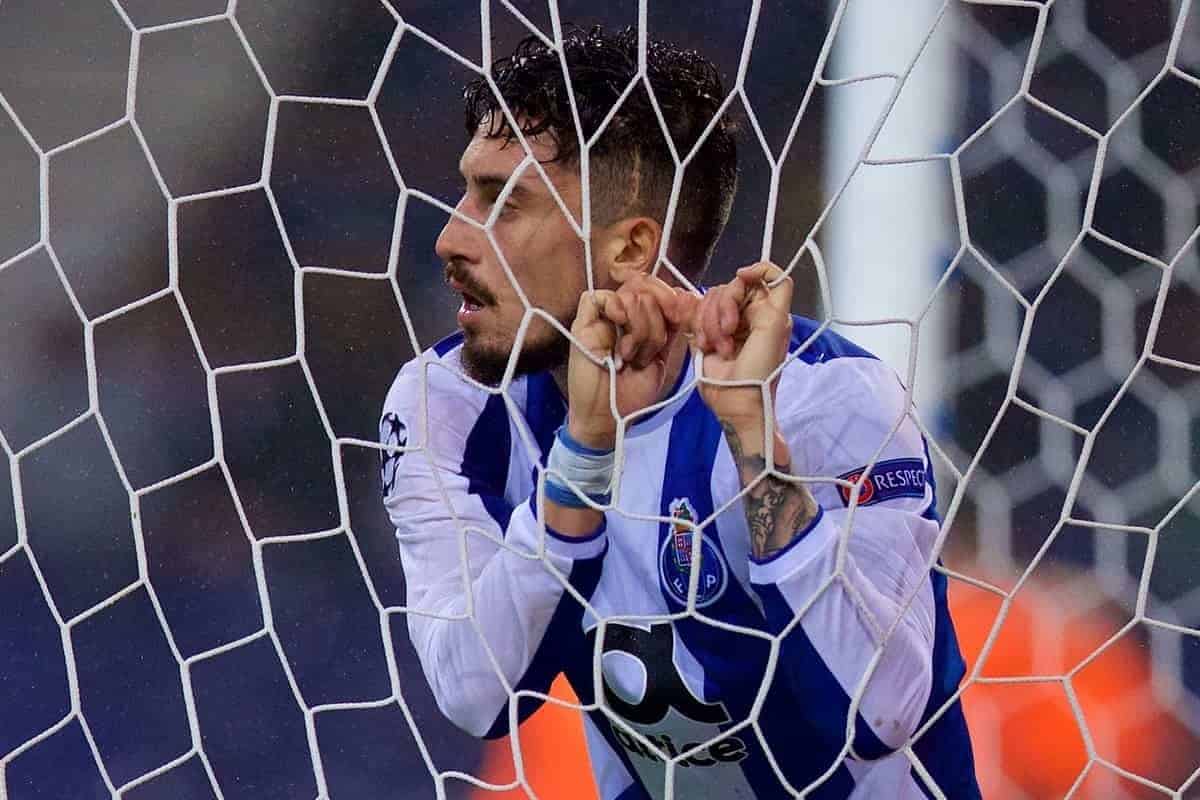 There’s just one issue: he injured his hip while, bizarrely, scoring a penalty a week ago.

He missed the derby on Friday night as a result, though Portuguese media have suggested he’ll recover in time to face the Reds. If he misses the game, he’s a massive loss to them.

Cameroon striker Vincent Aboubakar is out for the season after rupturing a cruciate ligament in September.

Back in defence, centre-back Felipe also missed the Boavista match, suspended, seeing Real Madrid-bound Eder Militao move back into the middle from his recent right-back berth.

That is likely to be the case once more at Anfield, but instead of Felipe being suspended it’s his new partner, Pepe, who will miss the first leg.

In midfield, the same applies to Hector Herrera—a huge bonus for the Reds, given his importance to this Porto team in the centre of the park.